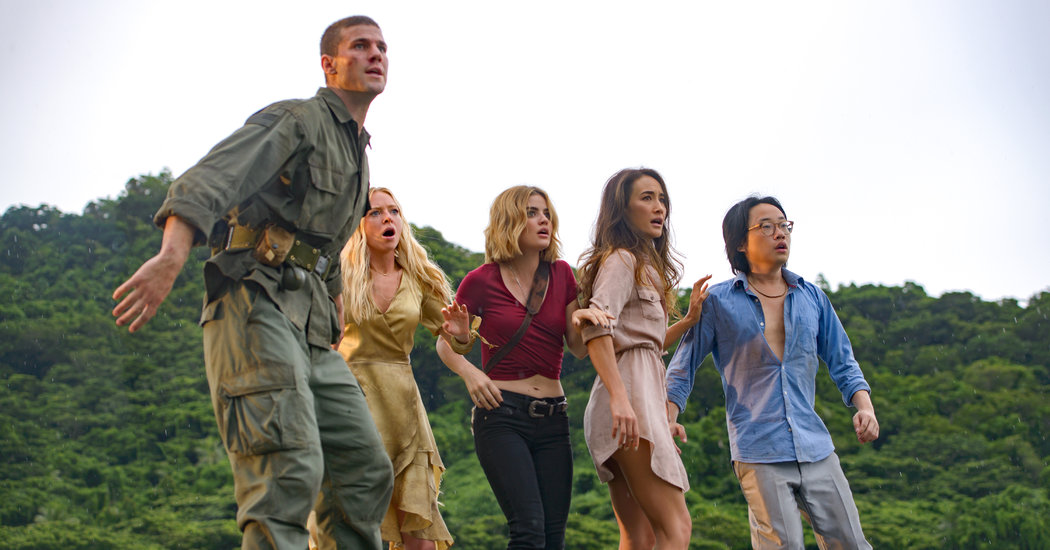 This is a confusing time to be alive. Take this film, for instance. It’s a horror reboot and slight sendup of a television series that is best remembered by the parents of its target audience. “Fantasy Island” ran on ABC from 1977 to 1984; it was an anthology series in which guests at the title resort learned life lessons in down-market O. Henry scenarios demonstrating how careful one ought to be when wishing for things.

The new “Fantasy Island,” directed by Jeff Wadlow from a script he wrote with Jillian Jacobs and Christopher Roach, begins with the cry “The plane, the plane,” made popular by the actor Hervé Villechaize on the show. But this island’s overseer, called Mr. Roarke as he was on television, is played by Michael Peña in a mild misterioso vibe, in contrast with the kitsch suavity of his original portrayer, Ricardo Montalbán. The fantasists have won a contest. Two bros want the beer-commercial party/orgy of their collegiate dreams; a single woman wants the mate she regretfully turned down; another single woman wants payback for school bullying; a dog-tagged dude wants to be a war hero. As they embark on their adventures, one anticipates multiple variants on the 1972 horror film “Tales From the Crypt.”

The film seems to pull imagery (like bleeding-eyed undead killers) from Euro-horror maestros like Jean Rollin and also cribs story elements from not one, but two different Tarkovsky classics (really). The sex and violence components, which are best served hot and lurid in exercises such as these, are here puréed into PG-13 pulp.

This is all interesting from a pro-am cinema semiotics perspective, but none of it is in the least bit scary. This, really, is what happens when you take all the wrong lessons out of film school.

When Is Joe Jonas and Sophie Turner's Baby Due? - Showbiz Cheat Sheet

When Is Joe Jonas and Sophie Turner's Baby Due? - Showbiz Cheat Sheet

Netflix’s Ares Pulled Off The Most Disturbing Finale Possible. This Is How To Make Sense Of It