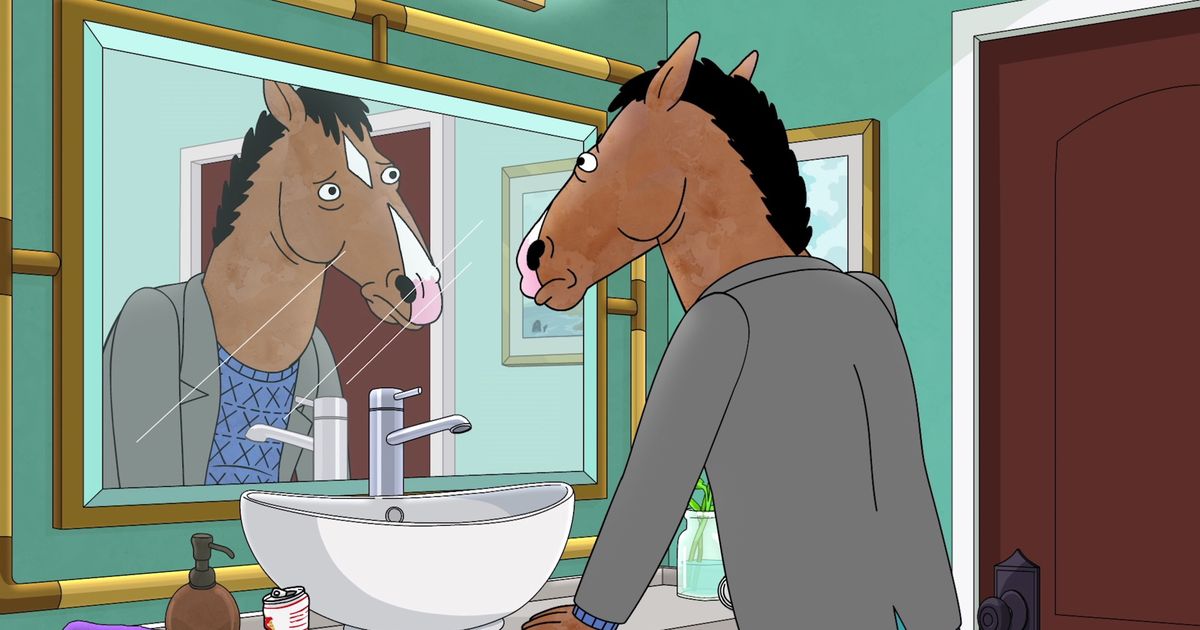 Bojack Horseman has always grappled with what it means to get better. At the series’ beginning Bojack was a miserable alcoholic whose fame provided insulation from the consequences of his objectively terrible behavior, and part of the show’s devastating impact came from watching him try and fail to overcome the choices that mire him in his lifestyle. Though Season 6 begins with Bojack entering rehab to actually get better, the first eight episodes of the two-part farewell season raise a more important question, one that Bojack has been asking himself for the entire run of the show: what does Bojack Horseman actually deserve?

It’s not surprising that mere sobriety isn’t enough to redeem Bojack, but Season 6 does use his alcohol-free experience to guide him towards the full impact of his actions on other people. At one poignant moment in the season, Bojack miserably declares “I remember everything, I’m sober now,” which speaks to how losing his self-destructive coping mechanisms have forced him to acknowledge the scope of the chaos he’s created over the course of the show. Sober Bojack is still the witty, furious horse he’s always been, but opening him to his own emotions creates space for Season 6 to deconstruct him in ways the show couldn’t attempt before.

What does Bojack Horseman actually deserve?

Bojack Horseman has never been so simple as to focus purely on one man’s redemption, and Season 6 uses Bojack’s limited contact with the rest of the main characters to move them towards their own realizations. At this point in its run it’s pointless to express surprise that a show with talking animals consistently touches on the most devastating aspects of the human condition, but Season 6 goes full throttle on Princess Carolyn’s struggle as a single working mother who can’t bond with her adopted baby daughter, Todd navigating a complicated relationship with his Latino stepfather, and Diane and Mr. Peanutbutter working through their guilt over their Season 5 affair. Their storylines intersect and come apart while Bojack is in rehab, which drives home the point that this show has never been about Bojack being messed up while everyone else is fine.

Season 6 also makes a great choice in focusing on the effects Bojack has had on the people he’s specifically hurt. His ex-girlfriend Gina, disgraced director Kelsey Jannings, and sister Hollyhock are all present and working on moving past the terrible things Bojack did to them, with more hope for some than there are for others. By showing Bojack’s past victims moving on with their lives, the show indirectly interrogates the idea that his redemption is conditional on their forgiveness — even if it helps Bojack take responsibility, it might be narcissistic for him to interrupt their healing by asking for help with his own.

Bojack Horseman Season 6 seems to be building to something that will finally put its massive questions about pain, trauma, and redemption to rest, but with the second half of the season premiering in early 2020 it’s difficult to ascertain what that is with these eight episodes. As the lead-up to Bojack’s final reckoning, Season 6 Part 1 is funny, masterfully written, and increasingly heartbreaking. The end of Bojack is near, and the contours of his final reckoning have slowly come into focus. Whatever happens, he’ll probably deserve it.

Selena Gomez Hit Instagram About All the Hate Hailey Baldwin's Getting for That "I'll Kill You" Post - Cosmopolitan.com

Paul Hollywood sorry for 'thoughtless' diabetes joke on Bake Off

Paul Hollywood sorry for 'thoughtless' diabetes joke on Bake Off

New Music To Know This Week: Torres Has A Silver Tongue, Maeta Soothes The Beast & More