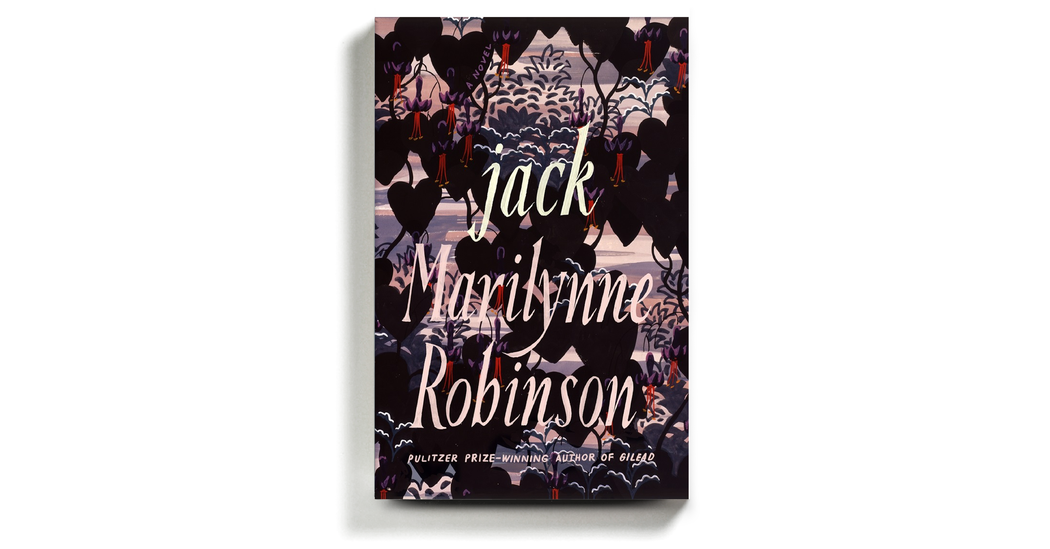 The good news about “Jack,” the fourth in Marilynne Robinson’s series of novels about the residents of the small town of Gilead, Iowa, is announced in its title. John Ames “Jack” Boughton, the miscreant son of the town’s Presbyterian minister, is among the more memorable characters in recent American literature. We’ve met him before in these novels. (The previous ones are “Gilead,” “Home” and “Lila.”) He’s a welcome disturber of the peace. Come on in, Jack.

Robinson’s latest follows him to St. Louis in the years after World War II. No longer young, his hair thinning, he drinks and can’t keep a job. He’s been in prison for a crime he didn’t commit but easily could have. He sleeps in boardinghouses and sometimes rough, in the local cemetery. He retains an almost decent suit of clothes, however, and a certain seedy charm. He picks up a nickname he dislikes: Slick.

Jack meets and falls in love with Della Miles, a high school teacher and also the child of a minister. Della is Black. Her father despises Jack. This is the era of Jim Crow and strictly enforced miscegenation laws, a milieu Robinson evokes with small, deft strokes. Their love, as readers of “Gilead,” which also touches on this story, are aware, is likely doomed.

But then, with Jack, everything is doomed, all the time. We know this because he and the author tell us so at every opportunity. When Jack opens his mouth, he tends to say the same six or seven things, as if Robinson were pulling a string in his back.

“I’m a bum.” “I’m an unsavory character.” “I ruin things.” “You could think of me as a thief.” “Within five minutes I’ll have come up with a way to disillusion you.” “I might not reflect well on you.” “You’re involving yourself with a ne’er-do-well.” And most dramatically, he thinks to himself: “I am the Prince of Darkness.” He’s self-plastered with poison labels, a linguistic crown of thorns.

If Jack is Satan (he’s not — we’re meant to see the decency in him, too), he’s a sad-sack Satan. He resembles the brawling and sardonic Randle McMurphy in Ken Kesey’s “One Flew Over the Cuckoo’s Nest,” played by Jack Nicholson in the movie, after the lobotomy.

This is probably the place to say that, like a lot of readers I know, I’m divided about Robinson’s novels. On the one hand, there’s “Gilead,” which won a Pulitzer Prize in 2005 and which patiently accrues grace and power. On the other hand, to open her other novels, including this one, is largely to enter a remote, airless, life-denying, vaguely pretentious and mostly humorless universe, where it is always Sunday morning and never Saturday night, where the same bespoke arguments about religious feeling are rehashed, where a lonely reader enters, sniffs the penitential air and asks: Who died?

Jack is a charmer who is seldom allowed to charm. We’re told he plays barrelhouse piano in bars, that he cuts loose on payday, that he’s a gifted and inveterate criminal. His motto might be carpe noctem.

Yet we’re not allowed to see whatever jubilation he finds on the night side of life. He’s a moth, ostensibly drawn to flame, yet rigid because there’s a pin through his thorax. We witness only the hangover, moral and otherwise, the downcast eyes on the morning after. In this novel, he’s the dullest bad boy in the history of bad boys. He’s made to sit perpetually in the corner, facing the wall.

I thought about this dead spot (life) in Robinson’s novels during the scenes in which Jack and Della talk about “Hamlet,” and in those in which Jack later reads and considers the play. Jack and Della are both big readers; they dabble in verse; their courtship includes conversations about poetry.

Their “Hamlet” discussion takes place during an implausible overnight the two of them spend in a locked whites-only cemetery. They consider some of the plot points and ideas in the play. Jack later sees similarities in their predicament to that of Shakespeare’s Gertrude and Claudius. Can deep love triumph over, and in some sense negate, crimes and sins?

This is all interesting enough. But the reason we still read “Hamlet,” and the reason its ideas remain worth talking about, is because the play is acid-bright on the page. The novelist and philosopher Iris Murdoch, in her journals, remarked that Shakespeare speaks intimately to us across centuries because he was, in her indelible phrase, a “cheerful, nose-picking whoremaster.”

That is, as Murdoch’s biographer, Peter J. Conradi, explains, paraphrasing her thoughts, Shakespeare “created not out of simple high-mindedness but, genius apart, out of an intimate and humble understanding of base emotions, of lust and rage, hatred, envy, jealousy and the will-to-power as well as astonishment at ordinariness.”

You rarely sense base emotion of any variety in “Jack.” Jack and Della, unlike Stanley and Stella, are not allowed, for example, to revel in anything as simple as lust. They shyly titillate only each other’s souls.

Della, in her deep need to shake off the expectations of family and society, is a fascinating character, and should resonate far more than she does. Neither she nor Jack seems to have independent life. You sense them placing their heads directly into the halters the author has made for them.

Phil Spector, Music Producer Known for the ‘Wall of Sound,’ Dies at 81

Paapa Essiedu Knows ‘I May Destroy You’ Is Hard to Watch

Anthony Veasna So, Author on the Brink of Stardom, Dies at 28