by VIPortal Team
in Arts, Entertainment
0 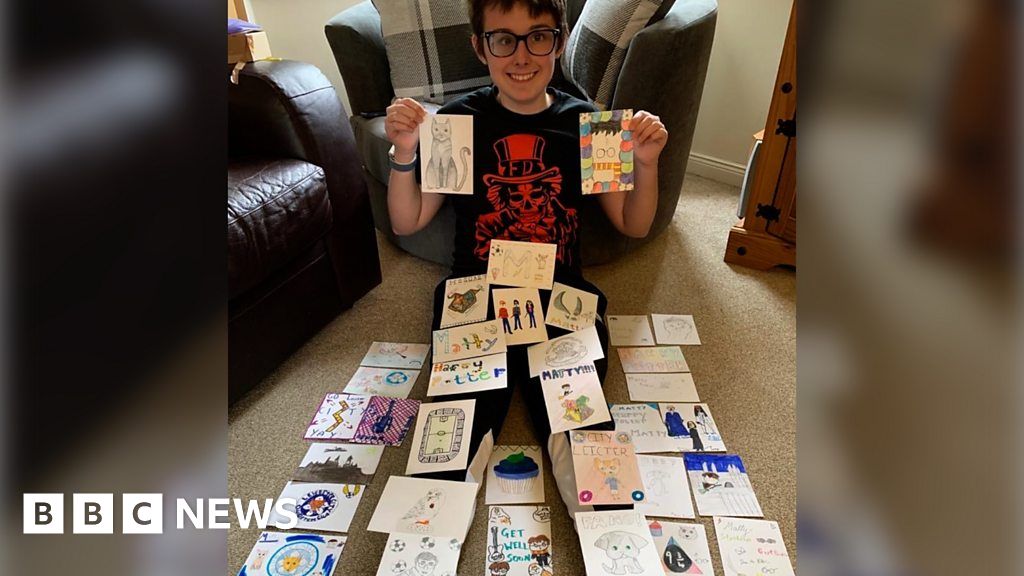 A boy with a brain tumour who has received 800 letters, postcards and messages from around the world during lockdown has thanked everyone who helped to keep his spirits up.

Matty, 15, from Leicestershire, has received messages from astronaut Tim Peake, Leicester City striker Jamie Vardy and TV presenters Ant and Dec, as well as hundreds of well-wishers in a campaign started by his aunt.

Matty’s mum Alison said her son – who has been shielding after his cancer relapsed for a third time – had found lockdown a struggle.

The teenager, who was diagnosed with a brain tumour in 2016, said he looked forward to receiving his post every day.

Was Kim Kardashian One Of The “Very Liberal People” Trump Said Was Crying In The Oval Office?

Exclusive dating app for Tesla owners is not a joke (maybe)

The 14 best tweets of the week, from soup tubes to Flavortown

Idles Are Throwing a Post-Punk Revolution, and Everyone’s Invited

Madonna to direct film of her own life story