Brian Cox on ‘Succession,’ the Emmys and Logan Roy, His ‘Evil Twin’ 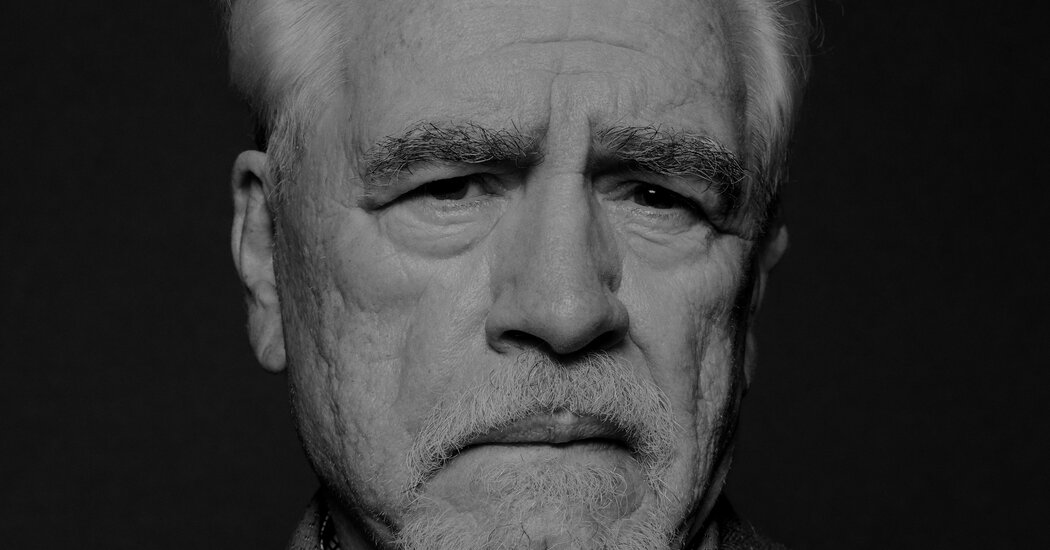 The HBO series “Succession” is a story about dominant people — the fictional Roy family, whose company, Waystar Royco, has tentacles that extend into the media and multiple other industries — and the sometimes comical, sometimes deadly serious behind-the-scenes family feud for control of this business.

“Succession,” whose second season was broadcast last fall, had a dominant day on Tuesday, picking up 18 Emmy nominations, including one for outstanding drama series and one for Brian Cox, who plays the show’s wily and temperamental patriarch, Logan Roy. (Cox was nominated as an outstanding lead actor in a drama, as was his co-star Jeremy Strong, who plays his son and sometime-rival Kendall Roy.)

Cox spoke by phone on Tuesday about the ineluctable appeal of Logan Roy, whom he described as his “evil twin,” and how he thinks his alter ego would handle quarantine.

Your nomination was one of 18 that “Succession” received today. How is everyone feeling about this bounty?

We’re all thrilled because everybody that’s in the show, practically — Nick [Nicholas Braun] and Kieran [Culkin] and Matthew [Macfadyen], they’ve all been nominated, which is thrilling. And of course Jeremy [Strong], in the same category as me, which is delightful. And Sarah Snook as well. Can’t complain. It’s a bit of a cleanup, I think.

The Roys wouldn’t have it any other way, I suppose.

No, unfortunately, they wouldn’t [laughs].

How have you been spending your quarantine?

I’m in upstate New York, in seclusion here. I’ve been here since March, watching the seasons come and go. I’ve done a little bit of building work on my house, which is overdue. I went back to the city once for my son’s graduation. He had a Zoom ceremony and a drive-around, because he’s at the Frank Sinatra School [of the Arts High School, in Astoria, Queens]. So we drove around Kaufman Astoria Studios. I went for the drive-around but I couldn’t wait to get back up here. I recommend anyone come and live in Columbia County.

What do you think is the appeal of the Logan Roy character? He’s obviously monstrous in many ways, but viewers still find him fascinating.

Ostensibly he is monstrous. But the appeal of the character is his mystery, and it’s something that I don’t want to play around with too much. You don’t quite know where he’s coming from. The great revelation to me was in the first season. I said to [the “Succession” creator] Jesse Armstrong, does he love his children? He said, “Oh, yes, he really does love his children.” And once you’ve got that as a given, you realize how he’s operating.

He’s coming from the School of Hard Knocks, which of course none of the kids have got. He’s not a Donald Trump. He doesn’t come from an existing money situation. He is self-made. And he comes from Dundee, which was a shock to me. They didn’t tell me until the ninth episode of the first season — [the character] was now born in Dundee, Scotland, which is of course where I come from! And that makes for a very complicated situation. He’s become my evil twin.

Just as Logan and Kendall Roy are competitors on the series, you and Jeremy Strong are Emmy nominees in the same category. How do you feel about that?

I’m very pleased for Jeremy. That character, Kendall, is the linchpin figure of the show. He has the angst of the show on his shoulders. Logan is the motivating, motoring force. But I don’t see these things as a competition. It’s horses for courses. I’ve been too long in this game to take it too seriously.

Have you been able to do any work on Season 3?

We haven’t done any filming but we are hoping to get back ASAP. I don’t know when that is. But HBO is being fantastic and looking at every protocol under the sun. I think we’ll get back. I know it’s all written, it’s all there.

So there are scripts?

Oh yeah. There’s certainly a story line. We don’t know how many episodes we’re doing. It could be eight, it could be nine. We’re in that ballpark. But of course we have to see how the current crisis affects the writing and what we take on board. But that’s the writers’ problem. I just learn the lines and don’t bump into the furniture.

How do you think Logan Roy would handle quarantine?

Oh, I think Logan would be fine. He lives a life of quarantine anyway. He might get a bit bored but he’s got enough money to survive. It might be an opportunity for him to get a sense of the world — not that I think he would. Because he’s such an ornery cuss.

And the Emmy Goes to … My Therapist

‘Ottolenghi and the Cakes of Versailles’ Review: Pastries of the Gilded Age, Made Modern

This Year Is Complicated. Three New Novels Remind Us the Past Was No Picnic Either.