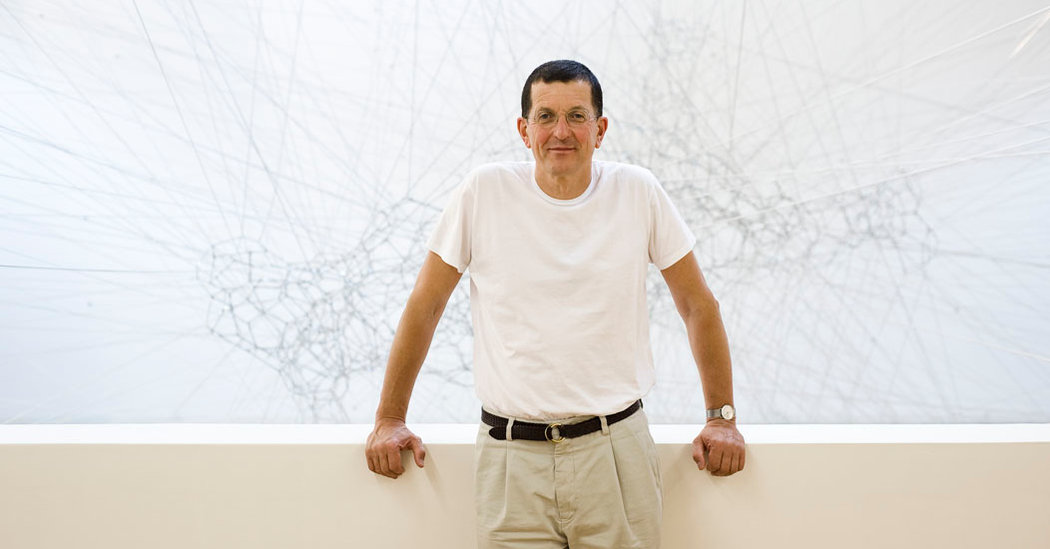 The British sculptor Antony Gormley will unveil a new installation at Pier 3 in Brooklyn Bridge Park in February, part of a series of global arts projects funded by the wildly popular K-pop band BTS.

Titled “New York Clearing,” the work comprises 11 miles of aluminum tubing that will loop around each other, evoking a frenetic “drawing in space” that counters the grid of the city. It will be on view from Feb. 4 through March 27.

Mr. Gormley is one of 22 artists participating in the global project. Interdisciplinary works will be on view in four other cities over the coming months and will be free to the public.

In London, the Serpentine Galleries are showcasing “Catharsis,” a digital stimulation of an old-growth forest by the New York-based, Danish artist Jakob Kudsk Steensen, through March 15. The Martin-Gropius-Bau in Berlin will host performances by 17 international artists, including Jelili Atiku of Nigeria, the performance artist known as Boychild and the Turkish artist Cevdet Erek. The performances, on view from Jan. 15 through Feb. 2, include experimental choreography and audio installations.

In Argentina, the artist Tomás Saraceno will present his environmentally conscious project “Fly With Aerocene Pacha,” in which a person floats in the sky solely through the aid of solar power. A video of the attempt will be shown in Buenos Aires from Jan. 21 through March 22. And in Seoul, the Dongdaemun Design Plaza will feature installations by the British artist Ann Veronica Janssens and the Korean artist Yiyun Kang, from Jan. 28 through March 20.

“This project is especially meaningful to us because it truly represents diversity and creates a collective, positive message for the world that we value,” BTS said in a statement.

The shows, part of “Connect, BTS,” are helmed by the Korean curator Daehyung Lee, who led a team of international curators from the participating cities. In a statement, Mr. Lee said the works and artists involved “offer diverse responses to the world around us.”

Prince Harry and Meghan give up royal titles, public funding

Prince Harry and Meghan will give up royal titles, public funding

All the Ghostbusters: Afterlife Clues that Point to Gozer – IGN