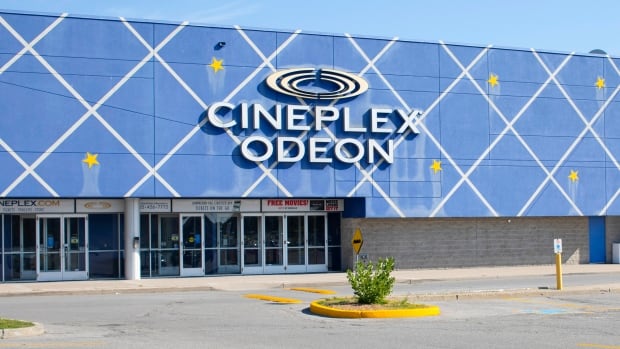 Cineplex Inc.’s chief executive is hoping that ending an agreement with a virtual reality golf company, films debuting in Canada before the U.S. and a slew of COVID-19 measures will right his business as it struggles with mounting costs for movie theatres that sat closed for months.

Ellis Jacob said Friday that his Toronto-based entertainment company had decided to mutually call off a deal with TopGolf that would have brought its sports complexes to Canada because it’s “simply not an opportune time” to invest in large projects.

He was simultaneously rejoicing at studios allowing the country to debut new releases like Spongebob: Sponge on the Run, Unhinged and Christopher Nolan’s Tenet ahead of the U.S., which he hoped would draw audiences back to the movies.

“This is a very unusual occurrence,” Jacob told The Canadian Press. “Given what we have done in terms of keeping the guests safe during the pandemic, we got the international release dates and we are really proud of that.”

His remarks came as Cineplex reported a loss of $98.9 million or $1.56 per share in its second quarter, compared with a profit of $19.4 million or 31 cents per share in the same quarter last year.

Revenue for the quarter ended June 30 totalled $22 million, plummeting 90 per cent from $438.9 million, while its cash burn rate fluctuated between $15 million and $20 million every month.

The company was hurt when it was forced by governments to keep theatres closed for months during COVID-19, resulting in temporary layoffs, slashed salaries and tussles with landlords over rent.

Jacob warned analysts on a call Friday morning that the company would take more “bold action” if necessary, but for now, he is focused on welcoming guests to theatres.

To get them back, Cineplex is offering cheaper movie tickets, reserved and distanced seating, increased cleanings and screenings of NHL and NBA games.

WATCH | Big screen movies are back in Alberta — with new COVID-19 measures:

Theaters in Alberta became the first in the country to open their doors again, but a night at the movies won’t be what guests are used to. 2:01

“It is clear that Canadians miss the big screen and want to come back,” he said, noting that he was planning to head to the movies tonight.

The slate was far from the highly anticipated films, including Black Widow, Mulan and sequels from Star Wars and Avatar, that were once planned for this summer, but were pushed back due to COVID-19.

Mulan-backer Disney has since decided to skip a theatre debut and bring the movie straight to its streaming platform with a premium price of about $30 for viewing.

Jacob, who has long argued that movie watchers prefer the experience of visiting a theatre to watching at home, said he was “disappointed.”

“Disney has been very committed to the theatrical window, but this is a situation where they don’t have enough markets where they feel it would be impactful for them,” he said.

“From talking to them, they say this is more of a one-off and not something they would like to do once this is behind.”

Jacob argued most studios still value the theatre experience and though they’ve shifted in some cases to streaming, he wasn’t worried that switch would stick around forever or hurt his business.

He’ll keep an eye on that situation and on managing the fallout from Cineworld Group PLC walking away on June 12 from a $2.8 billion deal to buy the company.

Cineplex has filed a lawsuit against its former suitor over the failed deal. The matter is set to make it to trial in September 2021, but could be delayed further, Jacob said.

New in Paperback: ‘All Blood Runs Red’ and ‘Frankissstein’

A Nice Riff on Love

Gallery-goers to use robots to explore new exhibition

In Avignon, Snatching Theater From the Jaws of New Lockdowns