Late Night Reels as Joe Biden Gets the Boot, Too

Earthlings, It Seems, Not Aliens, Removed the Utah Monolith 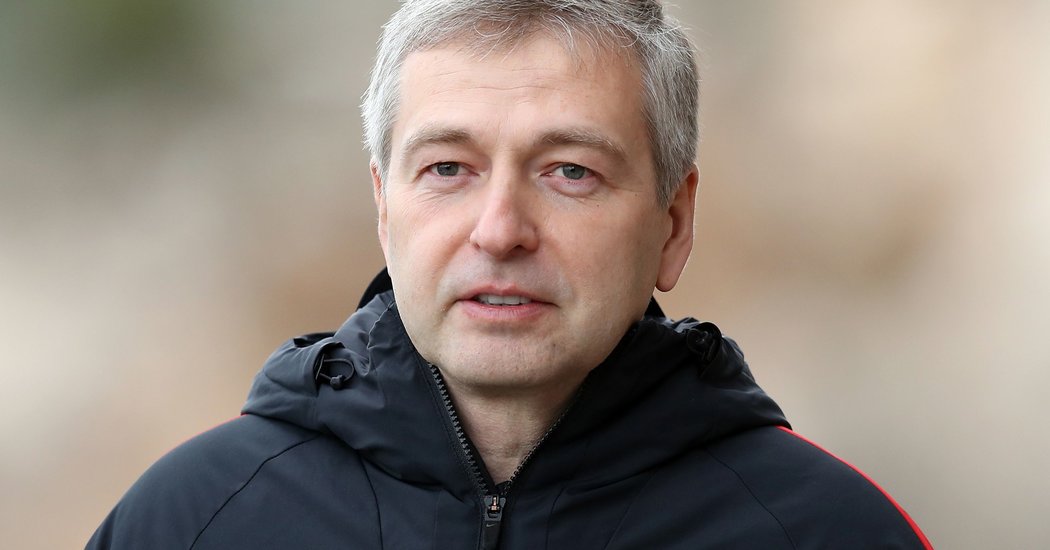 A long-running dispute, between Yves Bouvier, a Swiss businessman who sold $2 billion worth of artworks, and Dmitry Rybolovlev, the Russian billionaire who bought them, took a decisive step in Mr. Bouvier’s favor Wednesday when a Monaco court upheld a lower court’s ruling to dismiss the criminal investigation against him because the prosecution of him had been unfair.

The ruling ends the criminal procedures in Monaco against Mr. Bouvier, who was arrested following a criminal complaint by Mr. Rybolovlev in early 2015. “It is a total and definitive victory in Monaco,” Mr. Bouvier said in a statement. “For the last five years, I have been claiming my innocence, and today I have been vindicated by the Monaco courts.”

The messy battle began several years ago when Mr. Bouvier helped Mr. Rybolovlev buy 38 pieces of world-class art for $2 billion over a period of about 12 years, including works such as “Salvator Mundi,” a depiction of Christ attributed to Leonardo da Vinci. Mr. Rybolovlev has said in court papers that he believed Mr. Bouvier was acting as his agent and adviser on the transactions, and he paid Mr. Bouvier a fee for his services. But he later discovered, he said, that Mr. Bouvier had bought many of the items in advance, then flipped them to him at a markup of $1 billion.

Monaco’s Court of Revision upheld the lower court’s decision to toss out the charges of fraud and money laundering, concluding in its ruling Wednesday that “the investigations had been conducted in a biased and unfair manner under conditions which seriously and lastingly compromised the balance between the parties.”

The two men, both major players in the art world, have been fighting each other in courtrooms around the world from Singapore to Paris, New York and Geneva. In a statement, lawyers for Mr. Rybolovlev said, “This outcome has come about for purely procedural reasons and not because of an absence of evidence against Yves Bouvier.”

Mr. Bouvier continues to face a separate criminal investigation into charges of fraud in Geneva concerning the sale of the 38 artworks.

Mr. Bouvier insists that he was not an agent or adviser and instead, like any art dealer, he was entitled to charge Mr. Rybolovlev whatever price he wished for the art he sold to him and that Mr. Rybolovlev was prepared to pay.

In an interview, Mr. Bouvier said the small percentage fee he charged covered administrative, insurance and shipping costs as well as other services. “With the 2 percent, I was giving my personal guarantee of the authenticity of the pieces of art,” he said.

He said he had presented himself as a seller of the artwork, rather than an adviser, and that Mr. Rybolovlev was aware of the extra markup he earned on top of the fees. “I was a seller and I was selling art,” he said. “I presented myself as a seller.”

He said that in discussions with Mr. Rybolovlev’s aides he had often represented himself as being in negotiations with sellers even though he owned the artworks already. He justified this practice as a legitimate business tactic to keep pressure on Mr. Rybolovlev to pay the prices he and the Russian billionaire had already come to terms on.

“It’s a tactic to maintain the price we agreed and to ensure that the payment was done quickly,” Mr. Bouvier said.

He said he had used his expertise and contacts to help Mr. Rybolovlev amass one of the world’s great art collections. At least one of the pieces has since been sold at a profit. “It was part of my business to know what to buy and what the client will love after,” Mr. Bouvier said. “It’s not easy.”

Late Night Reels as Joe Biden Gets the Boot, Too

Earthlings, It Seems, Not Aliens, Removed the Utah Monolith

Ida Haendel, Violin Virtuoso With ‘Fire and Ice’ in Her Playing, Dies

Netflix cancels Turkish show If Only in row over gay character