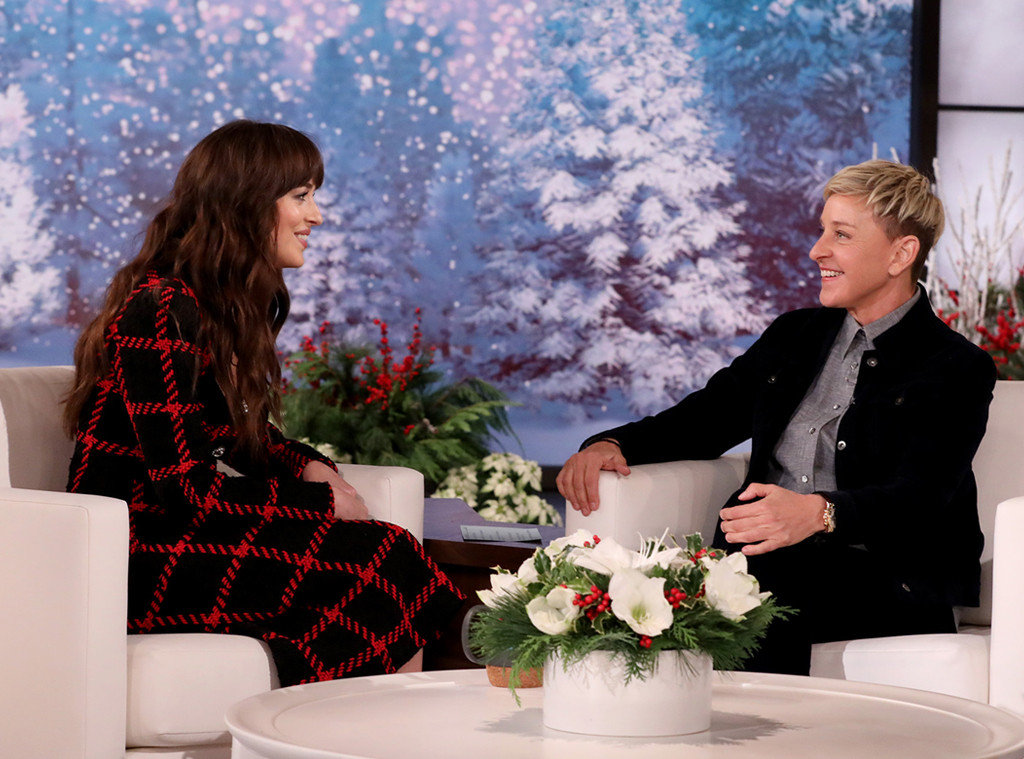 Well, this is fifty shades of uncomfortable.

Dakota Johnson‘s interview with Ellen DeGeneres started off on the wrong foot—and only got worse from there. While discussing the actress’ recent 30th birthday, The Ellen DeGeneres Show host couldn’t help but wonder why she didn’t score an invite to the star-studded bash. (Partygoers included boyfriend Chris Martin, Kate Hudson, Gwyneth Paltrow and Miley Cyrus.)

Now, that’s simply not the truth. At least, according to Ellen. “Of course I like you,” she said. “You knew I liked you! You’ve been on the show many times and don’t I show like.” Cue the awkward silence.

As Ellen continued to maintain she was excluded from the guest list, Dakota interrupted, asking the show’s executive producer Jonathan Norman to back her up.

“I was invited? Why didn’t I go?” Ellen mused. “Oh yeah, I had a thing. It was probably in Malibu. That’s too far for me to go…No, but I really didn’t remember that until just now.”

While getting into the details of the party, Ellen noted that pal Tig Notaro performed a set. “It was a surprise!” Dakota admitted. “She’s my favorite comedian.”

Yikes. The audience did not appreciate that one. Trying to backtrack, Dakota quickly added “other than you.” But knowing it was a lost cause, she jokingly got up and pretended to leave.

For her part, Ellen wasn’t offended. “I was just talking to my favorite actress the other day,” she said. “Jen Aniston.”

“Tig is hilarious,” the comedian admitted. “But you saw her first at my birthday party, so I feel like I introduced her to you.”

Except…”I had left your birthday party before that happened,” Dakota revealed. “Gosh, this isn’t going well!’

Nope, it sure is not!

Everything coming to Netflix in February 2020