Doris Lessing’s ‘Golden Notebook’ and Our Era of Unrest 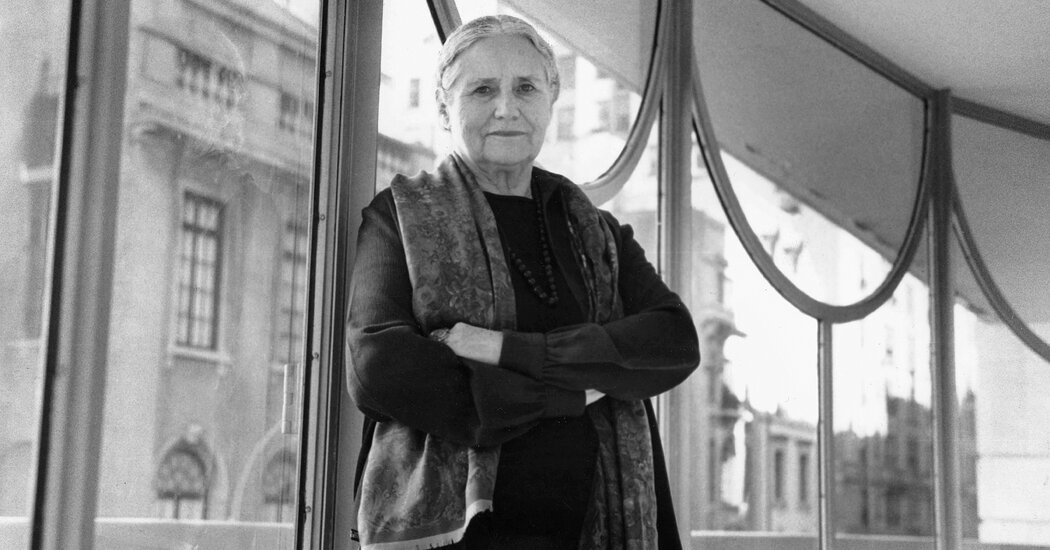 When Doris Lessing, the British-Zimbabwean novelist who died in 2013, sat down to write “The Golden Notebook” in the 1950s, she was responding to a feeling of defeat in leftist circles, one similar to the whiplash experienced by liberals after the election of President Trump. The marquee intellectual philosophy of the young 20th century — communism — was sagging from the revelation that “Father Stalin” had overseen the death of millions; communist stalwarts in the West, like Lessing, felt they’d had the carpet pulled out from under them. They became intellectually homeless. Meanwhile, Senator Joseph McCarthy was raving like a proto-Trump at left-leaning Americans. What had this generation’s progressive causes amounted to?

Then there were more personal crises. In the 1950s, from the tumult of wartime emerged a new type of woman whom Lessing, in “The Golden Notebook,” terms a “free woman”: Such a woman could work, raise children on her own, date around. Yet just as members of today’s Tinder generation can be flummoxed by a surfeit of options, she often felt depressed by the new freedom, and worried whether her emotions were “still fitted for a kind of society that no longer exists.”

Lessing herself was one of these women. She had fled two failed marriages in Southern Rhodesia (now Zimbabwe) — where she was an activist against racial segregation — and had come to London, where she published the best-selling novel “The Grass Is Singing” and embarked on a series of love affairs. Her third novel, “The Golden Notebook,” was her most heroic reckoning with a “kind of experience women haven’t had before.” Published in 1962, the book was labeled a feminist classic, though like all labels this one has the effect of reducing it.

The book is far from a manifesto. It charts a smart, sensitive woman’s exhaustion with modern gender dynamics, “the men vs. women business.” It is also, to my mind, the novel that best captures the mood of our own era of political unrest.

Bombarded on all sides by news and newness, we, too, feel exhausted and don’t know how to respond. Anna, the protagonist, is, like Lessing, a novelist from Africa. At the start, she is living with her 10-year-old daughter in a flat in the “wastes of London’s student-land” and is blocked, unable or unwilling to write for the public after a very successful first novel set in Africa. “At the moment I sit down to write,” she admits, “someone comes into the room, looks over my shoulders, and stops me. … It could be a Chinese peasant. Or one of Castro’s guerrilla fighters. Or an Algerian fighting in the F.L.N.” Her plight is more than just a form of white liberal guilt or piety. Anna is hopelessly split among identities: exile, communist, novelist, mother, lover. How to put all these strands into one book without delicately pickling each in its own predictable social novel?

As a writer torn between countries and careers, I have often struggled with such questions, and I have seen few more brilliant solutions to the problem than the daring form of “The Golden Notebook.” While the novel is framed by a conventional and delicious third-person story of Anna and her best friend chatting about their lives, it is broken by Joycean interludes of frightening honesty, the so-called notebooks in which Anna pours out her guts.

Each notebook is given a color, corresponding to its theme. In the black notebook, Anna tracks her memories of being a young and unseeing privileged white activist in racist Rhodesia during World War II; in the red, her experiences as a reluctant and then disillusioned member of the British Communist Party. In the yellow, we find fragments of a novel based on her love life; in the blue, a record of daily events. In each she pitilessly examines her fear of speaking the truth about her condition. “People stay sane by blocking off, by limiting themselves,” Lessing writes, adding elsewhere: “I see that people everywhere are trying not to feel. Cool, cool, cool, that’s the word.”

Anna quits years of therapy, recognizing it is an evasive way of “rescuing the formless into form.” Thinking back to her successful first novel, Anna wonders: “Why did I not write an account of what had happened, instead of shaping a ‘story’ which had nothing to do with the material that fueled it. … Why a story at all — not that it was a bad story, or untrue, or that it debased anything. Why not, simply, the truth?”

What she wants to do is quit simplifying and pruning, and inhabit the chaos of life — the breakups, the contradictions, the depressions, the sexual enchantments. At one point she realizes that her “life has always been crude, unfinished, raw, tentative … the raw unfinished quality in my life was precisely what was valuable in it.” She adds that “sometimes I meet people, and it seems to me the fact they are cracked across, they’re split, means they are keeping themselves open for something.” She dreams of generating “a new kind of strength” out of chaos, of wearing words like “insecure” and “unrooted” as a sort of badge. (How different this is from our current generation of nationalists, whose desperation for roots drives them back to imagined Edens.) At the end of the novel she abandons all divisions and sweeps everything into a single “golden notebook.”

This sounds fine in theory, but what does chaos look like in a novel? As it turns out, a lot like the fierce, fast, minutely attuned autobiographical writing of Karl Ove Knausgaard — whom Lessing predates by 50 years. The form of the notebooks allows Lessing to pour out the contents of her brilliant mind in lyrical cascades of prose: the varying moods of a love affair with an ex-communist bipolar American; discussions with racist and foolish film scouts who want to adapt Anna’s African novel to an English setting, wiping clean its political content; the cancel culture of the British Communist Party; what it feels like to wash off your menstrual blood in the toilet while at a party office.

The novel doesn’t progress so much as thicken, like molasses. Unlike her male postcolonial contemporaries and fellow Nobel laureates V. S. Naipaul or J. M. Coetzee, Lessing — like Anna — is unafraid to dirty her hands in the quest for truth. She might write with an acid touch but she doesn’t keep an Olympian distance from new causes or passionate affairs. Imagine if a woman who had engaged in every Twitter battle, canvassed for Obama, joined Occupy and Black Lives Matter, and thrown her lot behind Senator Bernie Sanders before falling out with the sexist Bernie bros were now writing a book about the experience of being pulled in a thousand different directions.

Yet, while often blistering in its depiction of political groups, the novel seeks to transcend what Anna calls her own “critical, balancing little brain.” In the yellow notebook’s novel-within-a-novel, a married psychiatrist explains the meaning of his life to his lover: “You and I are the boulder-pushers,” he says. “We spend our lives fighting to get people very slightly more stupid than ourselves to accept truths that the great men have always known. They have known for thousands of years that to lock a sick person into solitary confinement makes him worse. They have known for thousands of years that a poor man who is frightened of his landlord and of the police is a slave. … But do the great enlightened mass of the British people know it? No. It is our task, Ella, yours and mine, to tell them.”

This is bleak, but not hopeless. It is as moving and cleareyed a defense of activism as I have read. It is also, perhaps, an author’s self-deprecating observation about her own novel, which she might have felt was a boulder she was pushing up a mountain of untruth. But it isn’t a boulder. It is a comet from the 1960s.

Stay Entertained At Home with Bach, Beowulf and a Bee Aficionado

What You Actually Need To Remember From The Boys Season 1

Tyler Mitchell: ‘Black Beauty Is an Act of Justice’