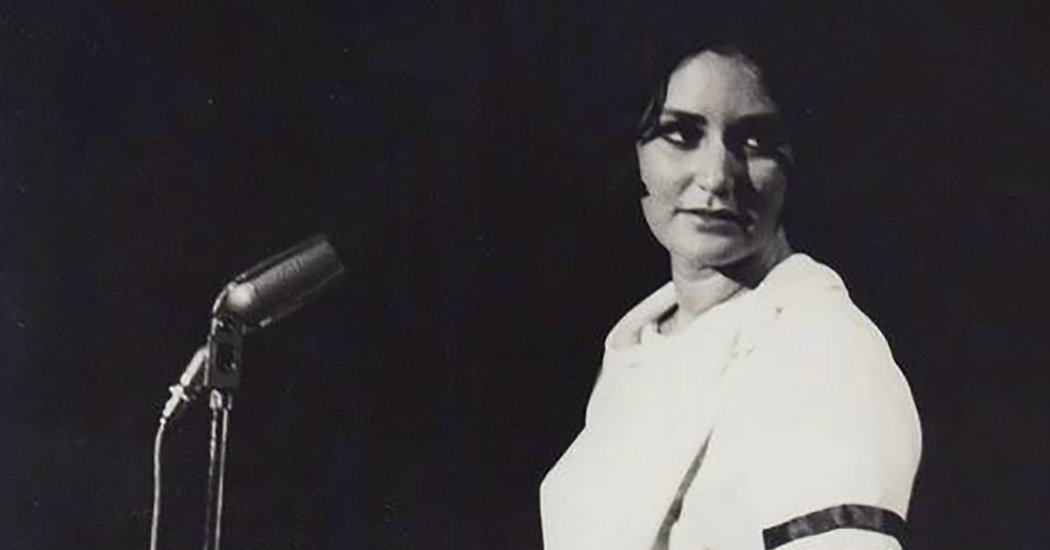 Dulce Nunes seemed poised to become a movie star, with her face plastered on the cover of national magazines and a high-profile marriage to one of Brazilian cinema’s leading men. But instead she took a detour into singing, releasing a trio of popular albums in the 1960s that capitalized on the surging popularity of bossa nova.

Ms. Nunes died on June 4 in a Rio de Janeiro hospital. The cause was Covid-19, her cousin Sergio Bressane said. She was 90.

Ms. Nunes appeared in magazine ads for cigarettes and a textile company, made several films in her early 20s and found a place in the society pages thanks to her storybook marriage. The public eagerly awaited her next film. She chose instead to study guitar.

Ms. Nunes is best known for the 1964 album that launched her singing career, “Poor Little Rich Girl,” with songs arranged by Antonio Carlos Jobim from a musical by Vinicius de Moraes, who wrote the book, and Carlos Lyra, who composed the music — three of the biggest names in bossa nova, which combined samba rhythms with jazz.

A year later, Ms. Nunes released her first solo record, “Dulce,” featuring compositions by up-and-coming bossa nova composers including Mr. Jobim. In 1967 she came out with her only other solo recording: “Writers’ Samba,” in which she sang her own settings of contemporary Brazilian poetry.

That same year, she married Egberto Gismonti, her ex-husband’s nephew, who went on to become a successful musician in his own right. The couple divorced in 1976 but Ms. Nunes continued to sing on Mr. Gismonti’s records into the early 1990s.

Dulce Pinto Bressane was born on June 11, 1929, in Rio de Janeiro to Fernando Bressane, a merchant, and Euridyce de Oliveira Pinto, a painter. She grew up in an unconventional family, where the women worked, smoked and associated with the city’s bohemian set.

Ms. Dulce was expelled from a prestigious Rio Catholic school for bad behavior and she began acting while still in her teens. She would complain about how all the male leads tended to be older, but then married one of them: the actor, composer, pianist and notorious lady’s man Bené Nunes, in 1956. The couple separated in 1963 but remained close until his death in 1997.

In Memoirs, Two Reporters Plumb Their Latina Identity and Heritage