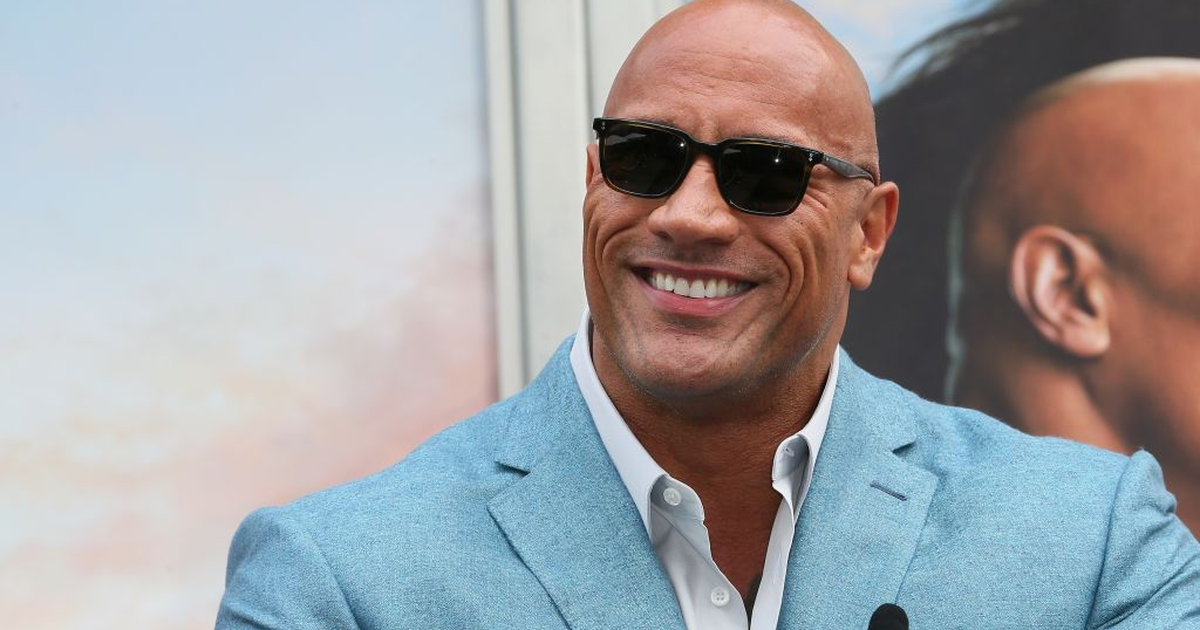 Dwayne “The Rock” Johnson is getting openly political as the 2020 election approaches, and he’s throwing his muscular support behind Joe Biden and Kamala Harris.

The professional wrestler-turned-beloved film actor released a video on Sunday morning declaring his intent for vote for the Democratic ticket in 2020, encouraging his fans to do the same. He said it’s the first time he’s ever publicly endorsed a candidate for president or vice president, so you know he means it.

“As a political independent & centrist, I’ve voted for both parties in the past. In this critical presidential election, I’m endorsing [Joe Biden] and [Kamala Harris],” Johnson tweet reads. “Progress takes courage, humanity, empathy, strength, KINDNESS & RESPECT. We must ALL VOTE.”

He caps off the tweet with a link to Vote Save America, a resource aimed at helping visitors understand the voting process, the most important facets of the coming election, and the various ways one can get involved. The tweet also features a video featuring Johnson in conversation with Biden and Harris.

Johnson’s words are notable for never once mentioning Donald Trump by name. Instead, he preaches in favor of the virtues expressed in the text of his tweet: Courage, humanity, empathy, strength, kindness, and strength. None of which could accurately be applied to the current president, unless you’re so deep in the Trump Kool-Aid bowl that the destruction of American democracy is more appealing than handing a member of the opposing party control of the White House.

The seven-and-a-half minute video also shows us Johnson sitting down for a chat with Biden and Harris. It’s softball stuff, giving the two candidates an opening to repeat the same kind of messages they’ve been stumping on since the Democratic primary race ended earlier in 2020.

But it’s one more example of an American majority slowly standing up and acknowledging that the past four years haven’t been normal, and that Trump’s fundamental existence as a political player has done more to undermine U.S. democracy than the 200-plus years of social and ideological struggles that preceded him.

Johnson’s political reckoning may be motivated in part by his recent personal struggles. The actor recently revealed that he, along with his wife and two daughters, had contracted COVID-19. The global pandemic that has cast a long shadow across the entirety of 2020 is much worse in the U.S. than it could have been thanks to the grudging and frequently counter-productive efforts of the Trump administration.

With more than 200,000 deaths in the U.S. attributable to COVID-19 or complications related to the illness, any diagnosis is a terrifying prospect while Trump continues to hold office. Public confidence in previously apolitical institutions like the Centers for Disease Control is shattered, to the point that the lineup of forthcoming vaccines – which were all developed in record time – is being met with widespread (and understandable) doubt.

The COVID diagnosis coming into Johnson’s own home may have been the wake-up call he needed to accept that it’s time to get political. Whatever it was that prompted him, it’s one more example of an American majority that’s been beaten down by four years of Trump rising up to say “hell no” to four more years of this madness.

The legend of Keyboard Cat: How a man and his cat(s) won the internet lottery

The cast of “The Baby-Sitters Club” picks new club members

Is Tenet worth the risk? Doctors say no. Theatres say please