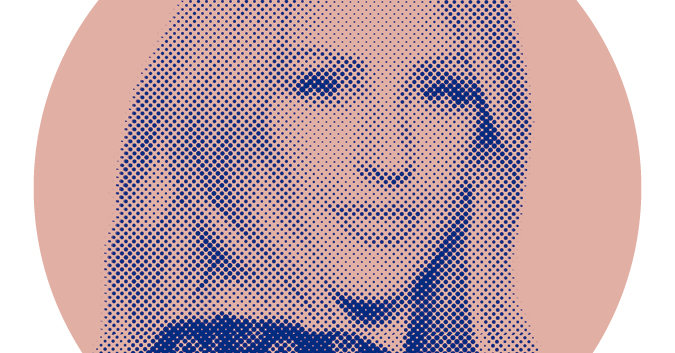 When Ellie Goulding finally finished promoting her 2015 album, “Delirium,” the exhausted British pop singer and songwriter took a step back to enjoy time at home. The break, tacked onto the long tail of “Delirium,” amounted to a five-year gap between LPs — an eternity for an in-demand artist, particularly one who delivered her first three records in roughly the same span.

She began preparing to re-enter the spotlight after getting married last fall. “I was super fit, I had a good routine and I thought, now is really the right time for me, mentally, to take this on again,” she said. The pandemic, of course, foiled her plans.

Goulding, 33, has spent the past few months sequestered in a cottage just outside Oxford with her husband, the art dealer Caspar Jopling. Preparing to release her new album, “Brightest Blue,” on July 17 has consisted largely of nerve-racking livestreams with shoddy Wi-Fi and existential questions about the future of her industry. “I’m worried that people are going to get used to seeing their favorite artists at home and they’re not going to want to go back to music venues,” she said.

She’s still eager to bring fans “Brightest Blue,” an album that shows Goulding’s range, bouncing between feature-laden pop-radio fodder and softer, more inward-facing ballads. Even more varied is her list of 10 cultural must-haves, which brings together mementos from her grunge days with recent film festival darlings and, of course, Kate Bush.

Goulding broke from her routines of practicing yoga, writing and honing her air-guitar skills to chat about her picks over Zoom. These are edited excerpts from the conversation.

Someone played it in a studio session, and I was immediately transfixed. It was a cathartic thing where it kind of took over my body. I’m inspired by so many different singers, but this felt much deeper than that — like the first time I heard Björk, or Lisa Gerrard in Dead Can Dance, or Cocteau Twins. I thought I knew how a choir was supposed to sound, traditionally. And then this is a whole other technique of singing. It’s just otherworldly, and I like anything that makes me feel like I’m not on this planet.

I’ve always been a fan of Kate Bush, since I was a teenager. I think she was doing something that no one else was doing at the time, when she was making songs like “Running Up That Hill,” and even earlier than that — writing these weird ballads that might not have made much sense.

I said “Kate Bush Radio,” because I can’t deny that I’m an avid user of music streaming platforms. Why wouldn’t I be? It’s just the most incredible playlist of female artists: Caroline Polachek from Chairlift, Roísín Murphy, Cocteau Twins, Weyes Blood. I love Weyes Blood so much. “Seven Words” is one of my favorite songs of all time. Joni Mitchell, PJ Harvey, Björk. I don’t think you can get better than that.

Four Tet’s been the vibe for quarantine. We put this song on a couple weeks ago when we went for our first long drive, once we were allowed to go to beauty spots. There was something kind of strange and apocalyptic about driving through the mountains on the first day that we were allowed to go beyond our house and our village. The song just has this sense of unknowing and mysteriousness to it.

I first heard Rage when I went to my sister’s boyfriend’s house. He was in a band and his brother was in a band, and I fell madly in love with his brother. That was the first time I wanted to play guitar — when I heard Tom Morello playing on “Know Your Enemy.” All my friends had gotten into a grunge phase of Nirvana and Soundgarden and Pearl Jam, and I went a bit further. I got called a goth quite a lot because I had this long black hair, and I had my lip pierced. And, no, Nirvana wasn’t enough for me — I needed something more political.

I could win in an air-guitar competition if it was Rage Against the Machine. I promise you. I can’t play them, but I can air guitar the [expletive] out of them.

This is one of those films where you have to confront every single reality of it — as opposed to last night, when I was watching “Sleepless in Seattle” by myself, drinking prosecco. This one I watched on a recommendation that I saw online; I think maybe it was Cate Blanchett talking about it. All I knew was that it was based in Lebanon, that it was a female director and that it was about a kid that wanted to sue his parents for giving him life. That’s all I needed to want to watch it.

God, it’s a beautiful film. It makes you forget every single tiny inconvenience in your life. It makes you sad, but it puts a fire in you, makes you want to be a bit more of an activist — and I think it’s really important to watch those things.

I’ve always loved [Pedro] Almodóvar’s films. There’s always such an honesty to the characters, and you really get to know them in quite an intimate way. But also they’re kind of quirky and dark-humored, and entertaining enough for you to not be put off by how dark the themes can be. I pick up so many ideas from them.

I am careful about who I follow [on social media]. That’s not to say I only follow things that I know I will like, because I think that can be quite dangerous, but I do try to follow things that keep my brain in the right place for songwriting. So, for example, [poet and author] Yung Pueblo — he always just bloody knows what to say. He’s preoccupied with the idea that you find love in yourself first, before you find love with someone else. “True power is living the realization that you are your own healer, hero and leader.” I very much believe in that.

She just has such an interesting life. She was one of the first punk rockers and had to endure so many other egotistical male-fronted punk bands. She was around them all: Johnny Rotten and Sid Vicious, and members of the Clash like Paul Simonon — who, weirdly, is my next-door neighbor. She talks about how sexy he is, and so any time he walks out of his door, I start blushing because I think about her describing him in the book.

I work for the U.N. as an Environmental Goodwill Ambassador. I talk a lot about climate change to my fans. A lot of people say, “What can I read? How can I learn about this? I want to know more.” I would say this is a really great book to start.

It talks about how she went around the world to understand the people at the forefront of climate change. Basically, the poorest people in the world are the ones that are affected the most, and those communities are the ones doing the most about it, which is just very ironic to me.

This is one of the first serious pieces of art I bought. I have a small kitchen, and it’s kind of the focal point of the room. She uses graphic techniques and layers parts of maps. It ends up being this mystical, magical map of somewhere.

Why Monty Python’s Life of Brian, once rated X, is now a 12A

A Bookstore That Shines as ‘a Lighthouse of a Free Society’

Apparently, Joey King Has Kept The Kissing Booth 3 Secret For A While