‘Fatima’ Review: Blinded by the Light 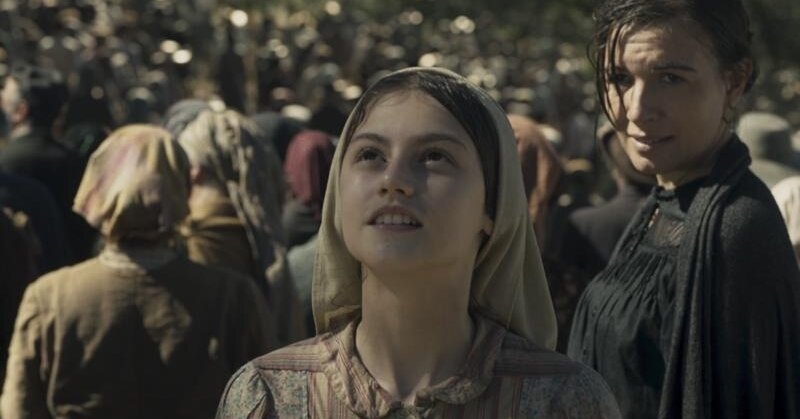 “Fatima” is based on the life of Sister Lucia, who, as a girl in 1917, along with two of her cousins, claimed to have seen visions of the Virgin Mary in a field in Fátima, Portugal. Throngs of the curious flocked to the site. When observers reported seeing fantastical solar phenomena — a sighting called “the Miracle of the Sun” — it was treated as corroboration. The Roman Catholic Church deemed the apparitions “worthy of belief” in 1930.

By making Lucia’s visions visible to viewers (Joana Ribeiro plays Mary), the movie — directed by Marco Pontecorvo, a son of the filmmaker Gillo Pontecorvo (“The Battle of Algiers”) — clearly signals that it is not on the side of skeptics. That is a valid choice, but from a dramatic standpoint, it’s also a dodge. The film would be more powerful if it required moviegoers to take their own leap of faith and accept what they could not see.

“Fatima,” told in flashbacks, pits Lucia against two main antagonists. In 1989, Lucia (Sônia Braga) answers questions from a doubting professor (Harvey Keitel) as she recalls the events of her childhood. In the 1917 scenes, Lucia (Stephanie Gil) remains resolute against her parents, clergy and, particularly, a mayor (Goran Visnjic), whose anticlericalism is so fierce that when he announces news about Lucia’s brother, who has been fighting in World War I, he mocks Lucia’s visions.

Such one-note characterizations aren’t helped by a fashionably desaturated palette, which contributes to an unvaried, solemn atmosphere. While the film may speak to viewers with a spiritual investment in these events, it does little to bring them alive for others.

Upper West Side Story: The Dazzling Rise of Richard Avedon

Delayed ‘Diana’ Musical to Be Streamed on Netflix