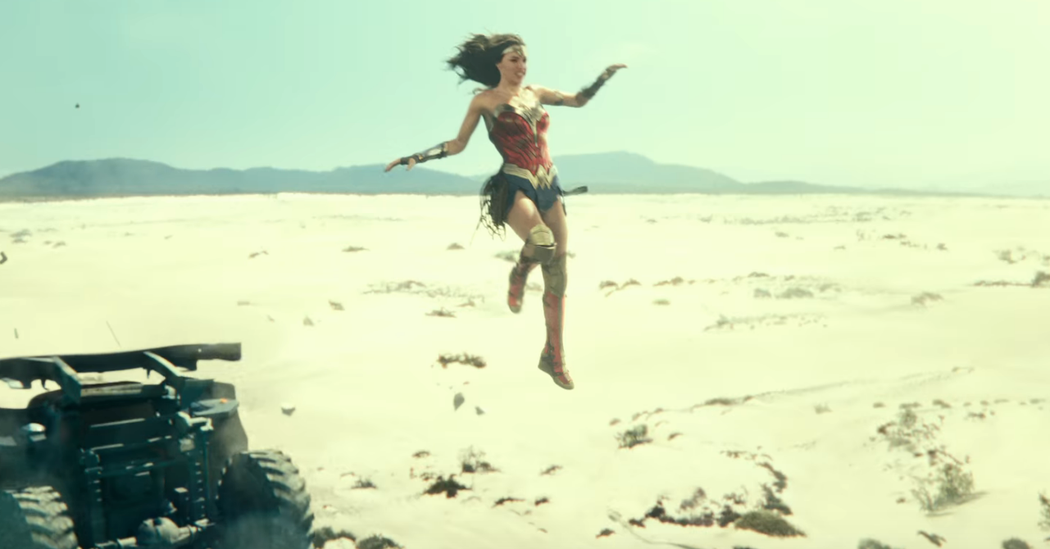 “We wanted to bring Wonder Woman into the modern world,” the director Patty Jenkins said before introducing the first trailer for “Wonder Woman 1984” at CCXP, the Comic Con Experience convention in São Paulo, Brazil, on Sunday.

The 2017 film “Wonder Woman” was largely set during World War I, but since the title superheroine, played by Gal Gadot, is immortal, she doesn’t appear to have aged in the sequel, set during the Cold War. How her love interest, Steve Trevor (Chris Pine) — who died, or seemed to, in the previous movie — figures into the new story remains a mystery, but he’s prominently featured in the new trailer. “I promise you it’s not a gimmick,” Jenkins told fans at CCXP. “He’s integral to the story.”

The clip also focuses on a pair of new characters: Maxwell Lord (Pedro Pascal), a ruthless infomercial king, and Barbara Minerva (Kristen Wiig), who starts out as a friend of Wonder Woman’s alter ego, Diana Prince, but transforms into the villainous Cheetah.

Wonder Woman shows off some of her signature moves in the trailer, batting away bullets with her bracelets and throwing her golden lasso. She also shows off a new look: an all-gold suit that features a pair of wings.

No Room Service, but History’s on the Menu

A Brief History of the Song Cycle in Two Recitals