Fyre Festival Promoter Has a Podcast, and a Spot in Solitary Confinement 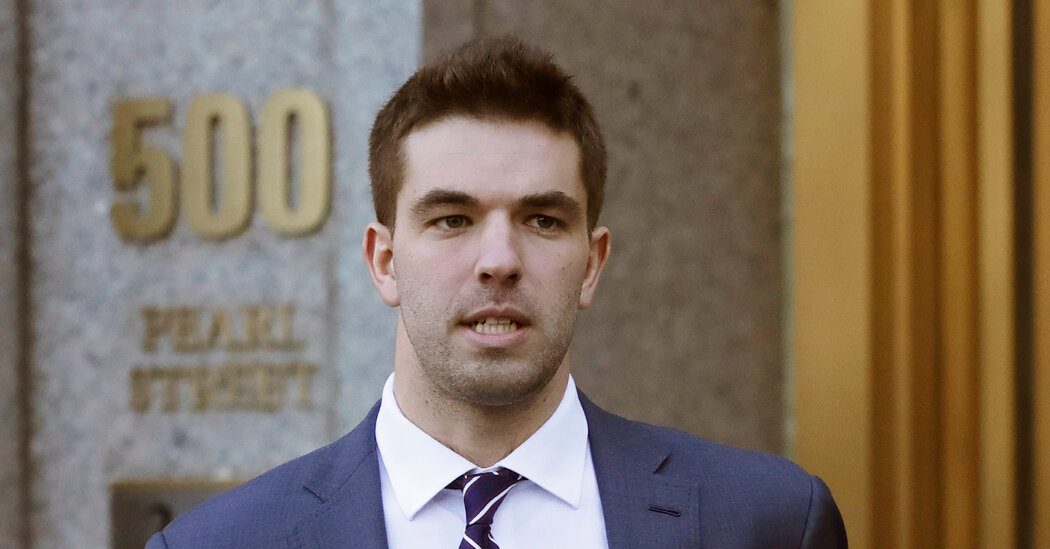 Billy McFarland, the disgraced entrepreneur behind the notorious Fyre Festival, and a current federal inmate, has been placed in solitary confinement, his lawyer said on Friday, after Mr. McFarland participated in a new podcast about his crimes that was released this week.

Mr. McFarland, 28, who is serving six years for fraud, can be heard discussing his various high jinks and their aftermath in detail from a prison phone on a show titled “Dumpster Fyre,” which premiered Tuesday. According to Mr. McFarland’s lawyer, he has been in 23-hour-a-day solitary confinement since last week, after a trailer for the podcast was released online, and may remain there for up to 90 days or more, pending an unspecified investigation by the federal Bureau of Prisons.

“We believe the investigation stems from his participation in the podcast and the photographs that were taken and utilized in the trailer, which were all properly taken,” said the lawyer, Jason Russo. “We don’t believe he’s violated any rule or regulation, and there can’t possibly be anything else. He’s been a model prisoner there.” Mr. McFarland was previously placed in solitary at a different facility for possessing a flash drive, his lawyer said.

A spokesman for the Bureau of Prisons in Washington declined to comment and said that the agency never discusses the housing arrangements of inmates for privacy reasons. Mr. McFarland is currently being held at FCI Elkton in Lisbon, Ohio.

Mr. Russo said that inmates there are permitted to use the phones, and that all calls are recorded and screened by the prison. As for the photos of Mr. McFarland inside, which have been posted to an Instagram account that bills itself as being “managed by Billy’s team,” Mr. Russo said that inmates are permitted to use disposable cameras to take photos, and that those, too, are screened before they can be kept or mailed out. “They absolutely should have already known” about the podcast, Mr. Russo said.

Mr. McFarland’s cellmate, who participated in the podcast, was also placed in solitary confinement, the lawyer said.

Podcasting from within prison is not unheard-of. “Ear Hustle,” produced at San Quentin State Prison, was created in 2017 by an inmate at the time, along with the help of an outside volunteer, while “Uncuffed,” from the NPR affiliate KALW, also tells the stories of people incarcerated in California from the inside.

On the first episode of “Dumpster Fyre,” in which Mr. McFarland is interviewed by the podcaster Jordan Harbinger, Mr. McFarland says that the inspiration for the podcast came last year, during his previous three-month stint in solitary, which he called a “much-needed confrontation with reality” and the “hardest but most impactful period of my life.”

“Solitary led to this forced reflection on my mistakes and the people I hurt,” Mr. McFarland said, noting that any proceeds he earned from “Dumpster Fyre” would go toward the $26 million in restitution he owes his victims. “The first thing I need to do is take responsibility for all of my actions,” he said, promising to follow “all the rules” and give “complete transparency.”

The Fyre Festival, which was the subject of dueling documentaries last year, was supposed to be a luxury music festival with glamorous accommodations and top-tier talent, but never happened after guests arrived to find a shambolic setup on the island of Great Exuma in the Bahamas in April 2017.

Mr. McFarland initially pleaded guilty to two counts of wire fraud after investigators said that he had defrauded investors in his company, Fyre Media, and a subsidiary that promoted the music festival, resulting in $24 million in losses. But while out on bail, Mr. McFarland was charged with two additional counts of fraud related to a new company that prosecutors said sold fake tickets to fashion, music and sports events and was said to have cost at least 30 victims a minimum of about $150,000.

“The defendant is a serial fraudster and to date his fraud, like a circle, has no end,” Judge Naomi Reice Buchwald said when she sentenced Mr. McFarland to prison. “Mr. McFarland has been dishonest most of his life.”

On the podcast, Mr. McFarland said, “I was desperate and thought I could dig myself out of the hole.” He is currently scheduled to be released on Aug. 30, 2023, according to his lawyer.

Wakanda Is Absolutely Not The Place Kanye West Thinks It Is