Gloria Estefan Wants to Get Inside Your Head 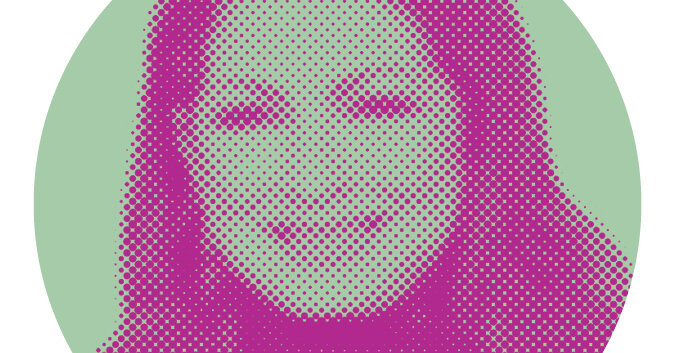 “I’ve always had a deep fascination with Brazilian music,” the Cuban-American musician Gloria Estefan said over Zoom on a recent morning from her secluded home in Florida’s Vero Beach, where she’s quarantined with her husband, Emilio. “At the core, we share the deep roots of these African rhythms.”

That connection is the driving force of “Brazil305,” Estefan’s forthcoming 14th solo album, which features new songs as well as radical re-imaginings of some of her defining hits, all arranged and recorded with Brazilian musicians. (“Conga” has, fittingly, become “Samba.”)

In April, inspired by a close friend who happens to be an infectious disease doctor, she released a different kind of reinterpretation: a lively parody music video for “Put on a Mask,” a reworking of her classic “Get on Your Feet.” It was an excuse to finally play around with a green screen she’d purchased two years ago but hadn’t yet put to use.

“Humor’s gotten me through the toughest times in my life,” she said. Over a spirited conversation that showed the eclectic range of her intellect (Greek philosophy, early ’60s Britpop, binge-worthy TV), she talked about 10 cultural necessities that keep her inspired and motivated. These are edited excerpts from the conversation.

1. Pan Am Round-Trip Ticket From Cuba

I was 2 when we came from Cuba [to Miami, in 1959]. In that Pan Am ticket there was a lot of hope that we’d be back, and in the meantime it was crucial for our parents to keep that culture alive for us. So they watered me and fed me with Cuban soil and sun and our food and our music. It was important, thinking we’d go back, and then it became even more important when it became clear that we might not go back.

2. Gerry and the Pacemakers, “Ferry Across the Mersey”

Before the Beatles, it was Gerry and the Pacemakers. I was 6 years old, my sister had just been born, and we had moved to Texas. My dad was stationed there, in the U.S. Army. My mom was driving up to a laundromat, and this song came on the radio. My hair stood on end. I didn’t want to leave the car. I told my mom to leave me there until the song was over. And to this day when I hear it, I smell laundromat.

I now realize that that song is actually a bolero, which is probably why it struck me. My early music, my mom’s music collection, was a lot of Cuban music. And then later on when I started doing some checking up, the Brits were really into Latin music. Emilio and I own the microphone that the Beatles recorded their first demo for EMI on, and the song they recorded was “Bésame Mucho.” So there was this link, the Brits were experimenting a lot with this bolero sound.

I remember the first live theater that I saw, I was 17, and I didn’t tell my mom I’d bought a ticket to “Equus” in Miami at the Coconut Grove Playhouse. It was not only my first theater experience, it was my first naked man experience! It was eye-opening. [Laughs]

But I remember sitting in the theater and being blown away that I was actually hearing live musicians playing and seeing someone acting. When I married Emilio and the minute we could afford to go to New York, I said, we have to see shows. And then my kids, from the moment that they could sit still in a seat, I took them to see live theater, and they were blown away. I know the amount of sacrifice that [theater professionals] do, particularly after we put our own show together [the jukebox musical “On Your Feet!” opened on Broadway in 2015]. It kills me to see what’s happening right now. I hurt for them. Live theater is something that would be crime to lose.

I studied psychology; that was one of my majors in college. I used to be a Freudian early on, but now I’m a Jungian all the way. His core belief is the collective unconscious, and that ties in really well with quantum physics, and all of the sciences.

I wanted to be a psychiatrist — I got accepted to the clinical psychology school at University of Miami. At that point, I had met Emilio and joined the band [Miami Sound Machine] for fun. I had also been accepted to the Sorbonne in France. But then the band happened, and I fell in love with my husband, and my life took a different turn. To tell an immigrant mother that you’re going to be a singer is not high on the list of priorities! You always have to have a job. But the human mind and how we communicate is fascinating to me. Even the way I approach my songwriting — I write songs but I think about what impact they’re going to have on the listener, because I know that music got me through some of the toughest times in my life.

I’m a TV head, and there’s such good television being made! I’m a binge-watcher extraordinaire. When I originally watched “Breaking Bad,” it appealed to me because it has such a psychological element. You really see how, slowly, the ego transforms someone.

As a kid I would play Continental with my sister endlessly. We took care of my dad, who was ill, so that was my saving grace. Then in the past few years, my assistant Heather taught me Rummikub. We have a running tally of backgammon and Rummikub that we’ve been keeping for years, since she travels with me. We’ve played hundreds of games. My assistant’s whupping my butt.

I also studied philosophy, and I try to read something every day. “The Kybalion,” which is about Greek Hermetic philosophy, is one that I really gravitate toward. They say that this book finds you when it’s supposed to. Also “Seth Speaks,” and “Many Lives, Many Masters,” by Brian Weiss, which was sent to me after my accident [in 1990, Estefan suffered severe spinal injuries in a tour bus accident]. It’s like recognition, when you read something and go, “Wait a minute, this is what I already believe. I don’t know why I believe it, but I do.” I was raised in an all-girl Catholic school, but I’m not dogmatic. I have an issue with dogma: it’s man-made and I don’t like it. But I am very spiritual. Whenever I see any book about different ways of thinking, I like to continue to learn and explore those things.

Nochebuena is Christmas Eve. That celebration, for Cubans, is probably the biggest one of the year. It’s always with family and it always involves a lot of food, usually with music and dancing. We’ll just break into dance — we don’t need a dance floor or a band. I’ve danced with my dogs in the kitchen. This year, even if we have to sit out there with masks, we’re going to do it. In the yard, six feet apart! But we’ve got to have it.

PBS is an important cultural addition to our world. I remember watching “Sesame Street,” and then my son literally learned to read watching “Sesame Street.” I didn’t like him watching TV other than things like that, but I’d put him in his playpen and I’d put the show on because I knew it was a great thing. We’d be going down the street in a car, and all the sudden we’d get to a stop sign and he’d go “Stop!” Or “Yield!” He was reading, at 2, from the show! They had Rita Moreno, which was great because he could see somebody culturally similar to him.

Four of these girls I’ve known since I was 10, and then the rest I’ve known since I was 14, since we all went to high school together. Friendships for women become increasingly important as life goes on, so it’s really good to nurture those and have those that you’ve known since you were a kid. We were all born in Cuba and came over very young, coincidentally. We just happened to be in the same schools, and we found each other and we’ve stayed in each other’s lives.

The third Thursday of every month, whoever can join us goes. That’s how it was; now it’s weekly Zooms. We have wine, food, and we pray. We switched the prayer to the beginning, because we realized that the more we drank and ate, the shorter the prayer was getting at the end. [Laughs]

Learn the basics of guitar, piano, and drums with this bundle

‘F11 and Be There’ Review: Burk Uzzle, a Photographer Worth Knowing

Captain Sir Tom Moore story to be made into movie

This Is Not a Desk Chair