The Grammy Awards may have been the biggest night in music, but it failed to earn big ratings.

The over three-hour marathon of performances and trophy handouts gathered 18.7 million viewers for CBS on Sunday night, marking the ceremony’s lowest-rated broadcast in its history, according to Nielsen ratings.

The Grammys, which took place at The Staple Center, home of the Los Angeles Lakers, had several tributes to NBA legend Kobe Bryant, who died in a helicopter crash hours before the ceremony. 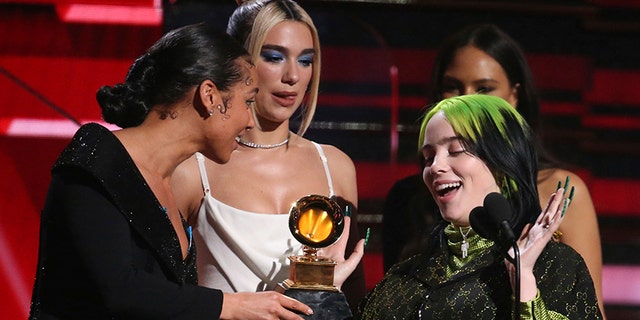 Alicia Keys, from left, and Dua Lipa present Billie Eilish with the award for best new artist at the 62nd annual Grammy Awards on Sunday, Jan. 26, 2020, in Los Angeles. (Photo by Matt Sayles/Invision/AP)

It was a big night for 18-year-old singer Billie Eilish, who made history as the young artist to win the four biggest awards including Song of the Year and Album of the Year, taking home six trophies in total.

Other winners of the night include Lizzo, Lil Nas X, and even former First Lady Michelle Obama, who won the Best Spoken Word Album trophy for her 2018 best-selling memoir, “Becoming.”

Clive Cussler, Best-Selling Author and Adventurer, Is Dead at 88