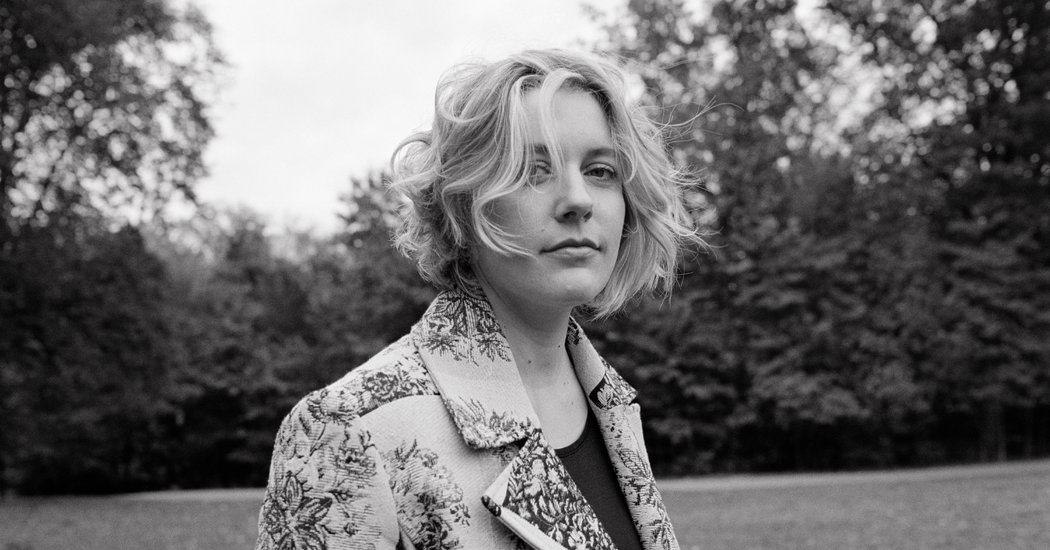 In between eating breakfast, bouncing her teething 10-month-old baby in her arms and fielding text messages from her “Little Women” group chat, Greta Gerwig stepped away from the madness on Monday to talk about the six nominations for her second feature film. Calling from Los Angeles, she also delved into the unseen forces that kept her out of the best directing category, an omission that seems to enrage Twitter far more than it angers her. Here are edited excerpts from our chat.

Congrats on the six nominations. Is any of the recognition specifically gratifying?

Honestly, best picture because it represents the collective who’ve been working on this movie. It’s for every single person who contributed such great work. The “Little Women” text chain is blowing up.

What do you make of the fact that this is only the third best-picture nominee to be produced, written, directed by all women? (The previous two are “Winter’s Bone” and “The Piano.”) Was that intentional on your part?

You were quoted by Vanity Fair about the hierarchy of stories: you believe that the top of that hierarchy in Hollywood is male violence, either man on man, or man on woman. Is this something you’ve always felt or something that has become more crystallized this year?

In truth, I’m always thinking about the narratives we turn to again and again. What are the shape of stories, not just the content but also what do we consider worthy and why? I think it’s interesting what feels important. What Louisa May Alcott did with writing this is one of the first examples I can find about the lives of girls and women written in a way that gives it a lot of real estate. That act of creativity has long-lasting effects because I think stories are how we organize what we think is important.

What do you make of the fact that men were saying they wouldn’t see a film called “Little Women”? That there were male critics out there begging men to go see the film.

I have talked to a lot of really wonderful men who have loved this movie and so I think I have a skewed data set. No man would just walk up to me and say, “Hey, I’m never going to see your movie.” My data set indicates that men love “Little Women” and they can’t wait to see it again. Honestly, I’ve talked to so many men who have told me about watching it with their wives and their daughters. But many men have talked to me about watching it alone and crying, and that makes me feel really good. [Laughs]

In this year where female filmmakers were ignored in the directing category, has anyone presented you with any ideas that could actually change things in a way you think makes sense?

I think the thing that changes the narrative are sheer numbers. And the numbers are all moving in the right direction. According to the Annenberg study, this year is better than any other year. So you want to see the work acknowledged on the largest stage possible, and there is so much beautiful work done by female writers, producers, directors, creators. But in terms of it all moving in the right direction, that’s all we can do: continue to make the work, make the work, make the work.

So is it just that the academy is lagging behind?

There have been great strides and we’ve got to keep going: keep writing, keep making, keep doing. It’s all there.

Has it gotten any easier?

Making a film is something that is slightly impossible in any circumstance because it’s a giant undertaking, everything is unlikely, all signs point to this is a silly thing to do with your time and money. So any movie that gets made is against all odds, but I think that at this moment, there is just so much more of an effort on the part of the studios who are doing the hiring to hire women to be writers and directors and producers. And also, independent film functions differently and there is a real push by producers to make movies written and directed by women. And there is a ripple effect, because we are paying more attention to festivals, programmers and how they program, what the distributors buy and what they promote.

I keep going back to the work, the work is great and the audiences love it. That’s the whole ballgame and that’s what’s so important and what gives me so much hope.

What’s unfortunate though is what the Annenberg School often points out, which is that there are economic and commercial advantages that Oscar nominees receive from their nominations. It’s not just an accolade.

That’s something that I’ve thought about and we’ve talked about, and it’s incredibly real. It’s going to have to move. It just has to move. When you look at something like “Hustlers” [directed by Lorene Scafaria] that was wildly successful on its own. If it can’t get the bump from an award, which it should, it’s also real that it’s something audiences love. And that will eventually move the awards. I wish it would move all at once, but it is moving.

Seu Jorge and Rogê’s Bond Began in Brazil. It’s Since Moved to L.A.

Prince Harry and Meghan will give up royal titles, public funding

Seu Jorge and Rogê’s Bond Began in Brazil. It’s Since Moved to L.A.

Could Stephen King’s Carrie Be The Next Great “True” Crime Series?