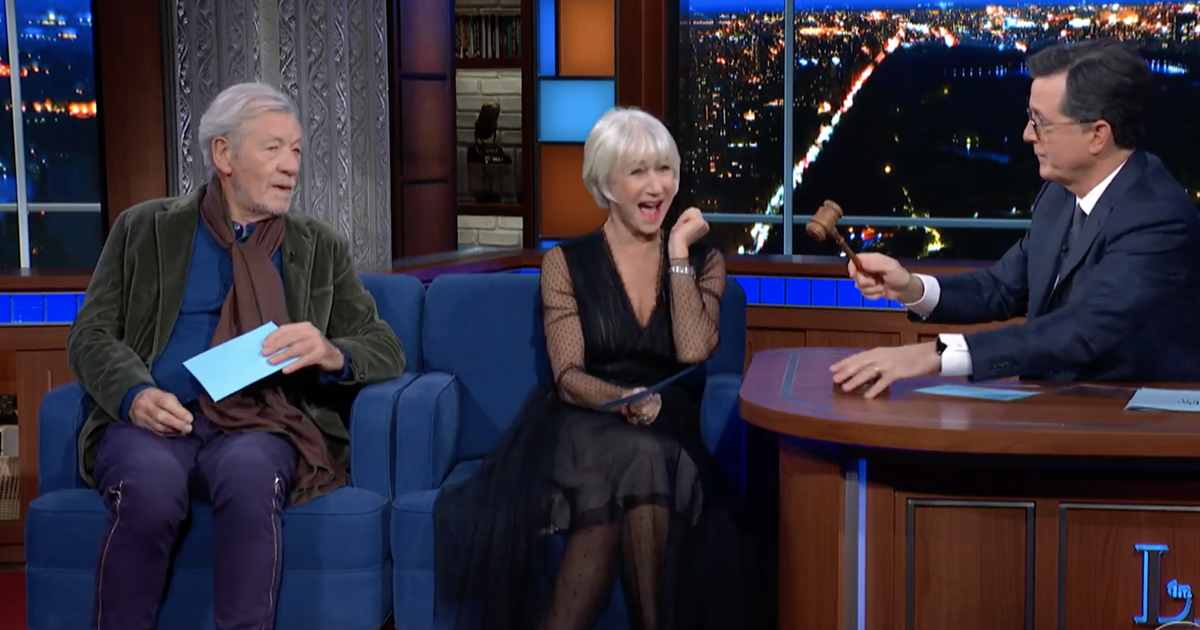 Helen Mirren and Ian McKellen are two of the greatest actors alive today. But not even their level of acting talent can make Trump’s call with Ukrainian President Zelensky look good.

Colbert asked Mirren and McKellen to reenact the call that’s landed Trump in hot impeachment inquiry water. Based on their individual performances he’ll then judge whether they’re guilty or not.

“Let me set the scene … You’re on the phone with the Ukrainian president, his country’s been invaded by the Russians, you’ve got the military aid he needs but you’re not gonna give it to him unless you get the pro quo back,” explains Colbert.

“Zelensky, I’d like you to do us a favour though,” Mirren whispered to Colbert.

“I’d like you to do us a favour though,” McKellen said, raising his hands into a pretend gun shape.

Looks like no one’s coming out of this smelling of roses.