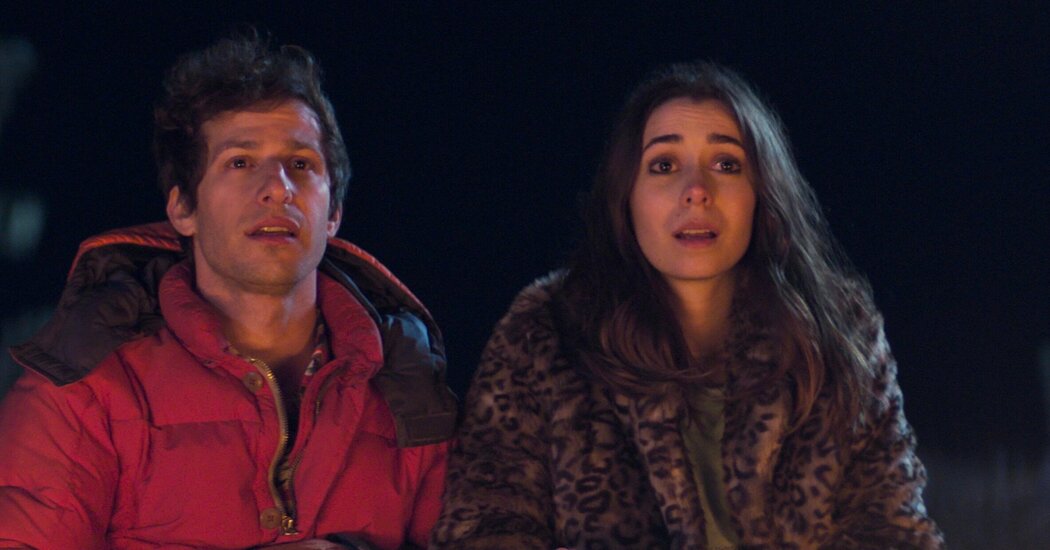 In “Anatomy of a Scene,” we ask directors to reveal the secrets that go into making key scenes in their movies. See new episodes in the series each Friday. You can also watch our collection of more than 150 videos on YouTube and subscribe to our YouTube channel.

So many wedding receptions (and their depictions in movies) have a predictable list of ingredients: speeches, dancing, awkwardness, drunkenness. The one in the Hulu comedy “Palm Springs” includes those things, but with some clever, off-kilter tweaks.

Cristin Milioti plays Sarah, the sister of the bride. And Andy Samberg plays Nyles, a plus-one wedding guest who’s taking a notably different approach to the situation. He gives a surprising (and surprisingly poignant) wedding speech. At key moments, he appears to be directly addressing Sarah, who doesn’t know him. Then he has moves on the dance floor that seem like he himself has choreographed all those around him.

This series of oddities has Sarah, and the audience, wondering exactly what is going on, and shifts this comedy into a different gear. But couched inside the scene is a meet-cute that is as charming as it is weird.

In this video, the director Max Barbakow talks about the ways he leans into the strangeness while also playing the familiar for laughs. Plus, he breaks down that hilarious, and meticulously coordinated wedding dance that just may make you do a double take.

Sign up for the Movies Update newsletter and get a roundup of reviews, news, Critics’ Picks and more.