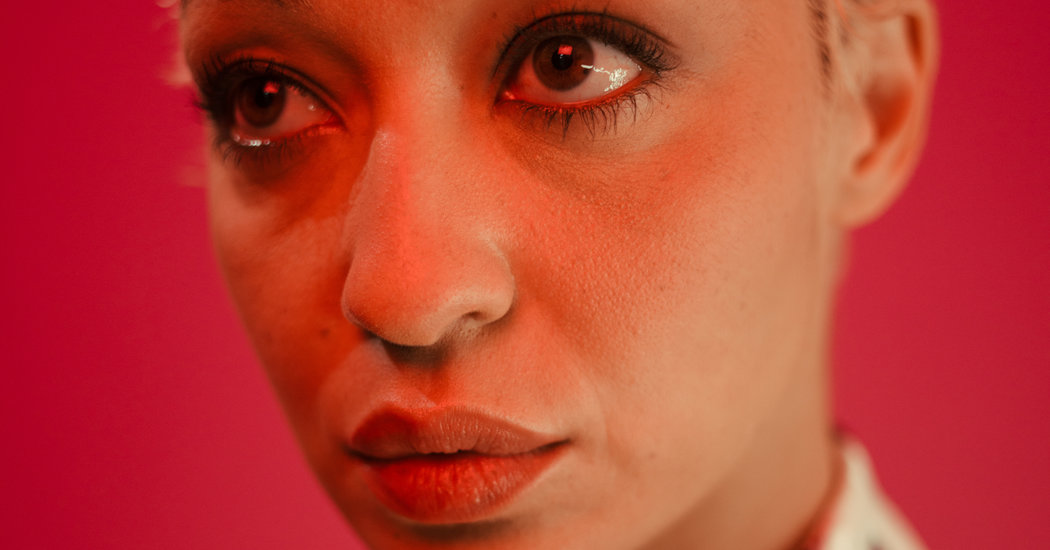 LOS ANGELES — What stage actor wouldn’t jump at the chance to play Hamlet? Ruth Negga, for one. When she was offered the role at Dublin’s Gate Theater in 2018, her first impulse was to say thanks, but no. Too tough, too daunting, “too much,” she said. In 2010, Negga had tackled Ophelia at the National Theater in London — surely that experience would give her a leg up?

“Nothing helps you play Hamlet,” she laughed.

Negga ultimately took the role, however, earning rave reviews. The Guardian praised her “priceless ability to savor the language,” while the Irish edition of The Times of London called her performance “a stunning gift for Irish theatergoers.”

If she made it all look easy, however, it was anything but. “It nearly killed me,” said Negga, who is perhaps best known for her Oscar-nominated turn in the 2016 biopic “Loving,” in which she played a woman who endures jail time and exile for the then-crime of being married to a white man in 1950s Virginia. “If you ask anyone who’s played Hamlet, it’s completely destroying,” she said. “It cracks you open, and you feel like you’re this mass of nerves and open skin.”

Which makes it all the more fortuitous that Negga is reprising the role at Brooklyn’s St. Ann’s Warehouse, alongside the original cast direct from Dublin. Opening on February 1, the show’s five-week run marks Negga’s first appearance on a New York stage.

On a recent afternoon, Negga was at a cafe in the Silver Lake neighborhood of Los Angeles, discussing her second stab at “Hamlet,” as well as her upcoming role in “Passing,” a feature film based on Nella Larsen’s 1929 novel about two light-skinned black women, one of whom passes for white.

Despite the intensity of many of her chosen roles, from hired killers (AMC’s “Preacher”) to accidental ones (“Hamlet”), Negga is remarkably unassuming in person. Offer her praise and her eyebrows lift in surprise, as if she’s never heard such a thing before.

Over the course of the conversation, she talked about everything from her Irish childhood (“If something was broken, or candy got eaten, I would definitely get the blame”) to her hunger for leisure time (“Doing nothing is my favorite thing”). She’d love to do a romantic comedy, she said, “although I don’t know if I’m romantic, or funny? I have a feeling they already have people for that.”

But the conversation seemed to always wend its way back to “Hamlet,” and this, her second crack at it. “I never came offstage going, yeah, nailed it!,” she said. “So I’m intrigued to see what can happen this time around.”

The director Yaël Farber, who pursued Negga after seeing her in “Loving,” considers the play the perfect metaphor for our current political climate, and Negga the perfect actress to capture one human’s reaction to it.

She pointed to Hamlet’s famous lines about the lousy, seemingly unfixable state of Denmark: “The time is out of joint: O cursed spite, / That ever I was born to set it right!”

“The times we are living in are so confounding, it leaves one with a sense of outrage, of feeling constantly gaslit,” Farber said. “I really wanted to hear from somebody who I could believe, in a very deep way, had access to experiences about living through something like that.”

Born in Addis Ababa, Ethiopia, to an Irish mother and an Ethiopian father, Negga grew up in Limerick, a chatterbox by her own admission, and infinitely curious. As a person of color, she stood out. “I remember incidents in the playground where I would be singled out as different,” she said. “And then I also had an absent father, a dead father, which also made me sort of stick out like a sore thumb. But instead of desperately wanting to assimilate, I remember thinking, ‘I’m going to embrace my difference,’ and I think maybe that fueled my acting.”

“Anger or irritability or excitement, she said she didn’t mind any of that,” said the Irish actress Aoife Duffin, who plays Ophelia. “The one thing she said she doesn’t want in the room is indifference.”

Negga, for her part, didn’t hold back. “I drew a lot on my anger and frustration grappling with his character, and wondering just what I was doing,” she said.

Taking the stage in both Dublin and Brooklyn, Negga joins a grand line of female Hamlets dating back to 1741. Over the years, the greatest actresses of every age have tackled the role, from Sarah Siddons in the 18th century to Charlotte Cushman in the 19th; in 1900, the legendary Sarah Bernhardt became the first actor, of any gender, to play Hamlet on film.

Why have so many women clamored to play an indecisive, often rage-filled young man? “It’s the best part in drama,” said Tony Howard, an English professor at the University of Warwick and author of “Women as Hamlet: Performance and Interpretation in Theater, Film and Fiction.” “And as actresses have become more and more powerful in their own right, it’s become obvious that they should play that part.”

That’s not to say Negga is taking the opportunity lightly. “I think a lot of actors who reach a certain pinnacle of success in their career, generally men, and often white men, will sort of go, ‘Do I get my Hamlet now?’,” Farber said. “There’s nothing about Ruth that takes any of this for granted.”

When Negga first began working on the production, Farber said, “we kept stumbling over the pronouns. I said to Ruth, ‘I don’t think we’re changing this into “Hamlette,” or stepping into the gender neutral of it.’ It wasn’t a negating of her femininity or a bolstering of a masculinity. It was simply Hamlet.”

When Hamlet rebuffs Ophelia in the “get thee to a nunnery” scene, it is as heartbreaking and cruel as Shakespeare intended, all the more so because Negga and Duffin play their characters as if they’re truly in love, or were. “In some productions, they hint that Hamlet and Ophelia’s love might not be real,” Duffin said. “I think it’s much more interesting to show that there is still something really raw and real between them.”

Negga’s denials to the contrary, Howard believes that playing Ophelia before tackling Hamlet can only help. “By the time actresses have reached the point of playing Hamlet, they’ve probably played Ophelia already,” he noted. “So they know more about the play than male actors do. They’ve experienced those scenes, which are so full of anger and passion and horrible rage, from both sides.”

Negga and Duffin go well back, meeting as teens when both were working for a summer in a “little hippie cafe” in County Kerry. Years later, they reunited as theater students at Trinity College Dublin, before collaborating in the Dublin-based experimental theater company Pan Pan.

According to Duffin, neither let on that they wanted to be actresses growing up. “I’m from County Kerry, and Ruth is from Limerick, the county next to us,” she said. “We’re country girls basically. And where we come from, particularly the girls, you’d never reveal that you ever wanted to be an actress, because you would have been scoffed at. So I think people are quite down to earth where I’m from, and I think Ruth has a lot of that.”

On this afternoon, Negga was fresh from wrapping filming on “Passing,” in which she plays Clare Kendry, a light-skinned biracial woman who passes for white, even to the point of marrying a white racist husband. “That’s why my hair is blond,” she explained.

The film’s director, the actress Rebecca Hall (“The Town,” “Christine”), first approached Negga about starring in the project in 2016. Hall’s maternal grandfather, an African-American doorman living in Detroit, apparently passed for white when Hall’s mother was a girl; Negga had been intrigued by Larsen’s “strangely modern” novel ever since reading it years ago.

“I can’t imagine the psychological trauma, the trauma of being found out,” Negga said. “Even saying it gives me the chills. Being found out to be what — a human being of color?”

Based on her quiet performance in “Loving,” Hall had figured Negga for the part of Irene, the film’s less showy (albeit larger) role. But Negga pushed hard to play Clare, blond locks and all. “Ruth has a very unlikely combination of personable and professional and game,” Hall said. “But she’s also wildly unpredictable and thrilling. She just hurls herself out there.”

Between the end of shooting “Passing” in New York and the beginning of her rehearsals for “Hamlet” in Dublin, Negga spent about two weeks in Los Angeles, her purported home. A four-season run on the TV series “Preacher,” in which she starred in alongside her ex-boyfriend Dominic Cooper, took her from Albuquerque to New Orleans to, most recently, Australia. “By the end of February,” she said, “I’ll have lived in seven houses in a year.”

She’ll head back to the stage this fall, portraying the title character in Marina Carr’s 1996 drama “Portia Coughlan,” about a woman haunted by the death of her twin brother.

The show will mark her debut at London’s Young Vic — the very same theater where the English actress Cush Jumbo (“The Good Wife”) is set to play, yes, Hamlet.

Negga performed scenes from “Portia Coughlan” as her showcase piece at Trinity, and noted the similarities between the two works, with their haunting, and haunted, leads. “It’s another weepie!” she said. “Another ferocious character. It’s all life and death and blood and guts.”

We Loved the Book and the Movie

6 Podcasts to Feed Your Inner Gourmand