Review: Shrinking Lives at a Big Box Store in ‘Paris’

Review: In ‘A Soldier’s Play,’ an Endless War Against Black Men 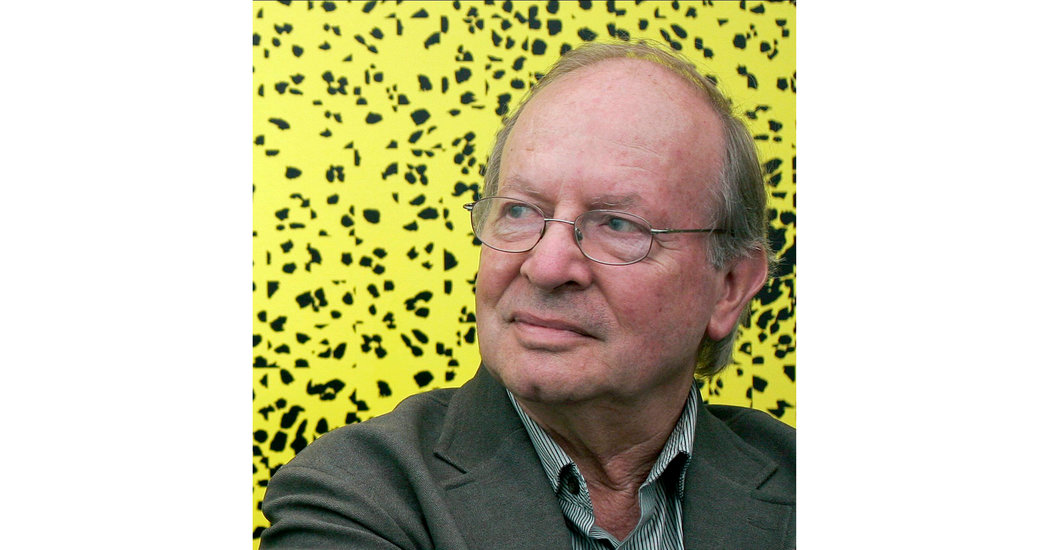 Ivan Passer, a director who joined Milos Forman and others in ushering in the filmmaking movement known as the Czech New Wave in the 1960s, then went on to direct American features, including “Born to Win,” “Cutter’s Way” and “Creator,” died on Thursday at his home in Reno, Nev. He was 86.

Rodney Sumpter, a lawyer and spokesman for Mr. Passer’s family, said the cause was chronic obstructive pulmonary disease.

Mr. Passer’s debut feature, “Intimate Lighting,” released in Czechoslovakia in 1965, was widely hailed as helping to establish a new level of cinema in that country, where Mr. Forman’s early success, “Loves of a Blonde,” had been released the same year.

“Intimate Lighting” was a sparse, elegantly told tale of a cellist from Prague who visits a country town for a concert and reunites with an old friend. The film drew acclaim when it played at the New York Film Festival in 1966 and again when it was given a theatrical release in the United States in 1969.

“It is one of those very special movies that does not so much reveal new secrets each time you see it as confirm a justness and good humor that was never hidden,” Roger Greenspun wrote in The New York Times.

Early that same year, Mr. Passer had left his homeland for good, the Soviet-led invasion of 1968 having squelched the liberalization and artistic flowering of Czechoslovakia earlier in the decade.

In 1971, two years after he had emigrated to the United States, he directed his second feature, a New York story with American actors. It was “Born to Win,” a comic drama about a middle-aged drug addict played by George Segal. Critics didn’t like Mr. Passer’s attempt to wring comedy out of drug addiction.

“‘Cutter’s Way’ grabs you by the throat and pulls you, kicking and screaming, into an America gone mad,” Michael Blowen wrote in his review in The Boston Globe.

“Passer, obviously not satisfied with an outstanding thriller laced with superb performances, digs even deeper into the material,” Mr. Blowen wrote. “In one simple sequence featuring a parade, the Czechoslovakian-born Passer presents a spare view of the American class system. Each decorative float is reserved for one race, religion, nationality or class. There are smiling Mexicans, Indians, blacks and whites — each in their separate, but equal, spaces. America, he implies, is a country where the melting pot is a myth and where integration is impossible.”

Mr. Passer was born on July 10, 1933, in Prague. He and Mr. Forman were students together at the King George boarding school in Podebrady, and again at the Film and Television School of the Academy of the Performing Arts in Prague (although Mr. Passer did not graduate).

He was an assistant director on Mr. Forman’s “Black Peter” in 1964 as well as on “Loves of a Blonde,” for which he was also one of several writers. He was also a writer of another Forman film, “The Firemen’s Ball,” released in 1967. For a time he taught film at the University of Southern California.

If Mr. Passer never achieved the fame of his friend Mr. Forman, a two-time Oscar winner who died in 2018, it was in part because of his laid-back approach to his profession.

Mr. Passer was sometimes frustrated with the processes of Hollywood, especially the tendency of producers to interfere in filmmaking.

“Because they have money, they think they know how to do it,” he told The Globe. “Then they lose all their money, and they blame everyone else.”

One particularly vexing moment came in the early 1980s, when, after the success of “Cutter’s Way,” Mr. Passer planned to make a movie about the later years of Bat Masterson, the gunfighter turned journalist. James Cagney, then in his 80s, was set to star. The film’s backers, though, thought Cagney was too old.

“Finally, the people who were ready to finance it said to me, ‘We’ll do it with Bob Duvall,’” Mr. Passer told The Globe. “I said: ‘You want me to fire James Cagney? You must be out of your mind.’”

The project fell through. Mr. Passer, though, would eventually work with Mr. Duvall. In 1992, in one of his most acclaimed television projects, he directed “Stalin,” an HBO movie about the Soviet leader, with Mr. Duvall in the title role. The film won four Emmy Awards, including outstanding movie made for television.

Mr. Passer’s other films included the comedy “Creator” (1985), with Peter O’Toole and Mariel Hemingway, and the romance “Haunted Summer” (1988), with Eric Stoltz and Laura Dern.

Mr. Passer shot “Stalin” in Moscow at the very moment when the Soviet Union was collapsing. On the last day of shooting, Dec. 21, 1991, the actors and crew broke out champagne after filming a scene that involved a dinner for Soviet leaders hosted by Stalin at his dacha. Just then, someone interrupted the production team’s wrap party with word that an agreement signed that day had effectively dissolved the Soviet Union.

“I always wanted to see the end of that regime,” Mr. Passer told The San Francisco Chronicle in 1992, adding, “and in this crowd, I saw Stalin, Khrushchev, Molotov and Voroshilov with glasses of champagne. I thought, ‘I’m making this up!’”

Jeopardy! The Greatest of All Time contestants Ken Jennings and Brad Rutter on what makes a winning quiz show personality. - Slate

Review: Shrinking Lives at a Big Box Store in ‘Paris’

Review: In ‘A Soldier’s Play,’ an Endless War Against Black Men

Jeopardy! The Greatest of All Time contestants Ken Jennings and Brad Rutter on what makes a winning quiz show personality. - Slate

Kylie Jenner put her famous curves on display in a skintight white bodysuit: ‘Elsa who?’ – AOL

Orlando Bloom to voice Prince Harry in an animated series

This cute emoji party meme is taking over Twitter

Aerosmith drummer Joey Kramer sues band for keeping him from performing at Grammys – The A.V. Club