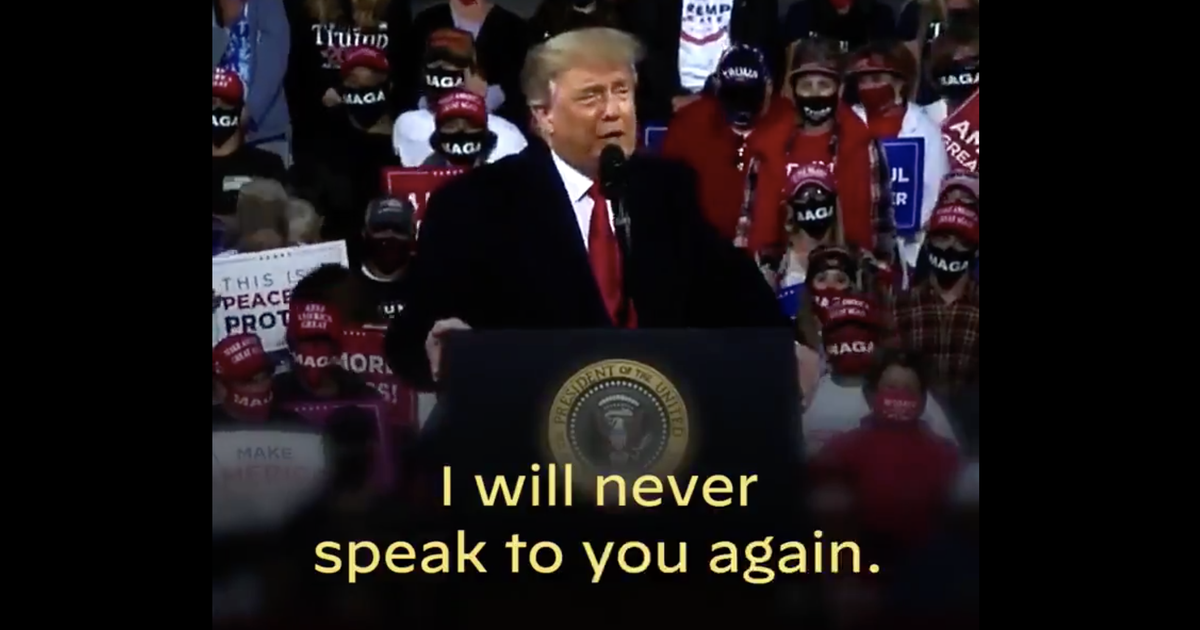 You’ve got to hand it to Joe Biden: His new 10-second ad makes good use of every last moment.

The Democratic nominee doesn’t really even say a word. He simply put up a video of Donald Trump speaking at a rally on Twitter and let the president’s statement speak for itself.

“If I lose to [Joe Biden] I don’t know what I’m gonna do,” Trump says in the quick clip. “I will never speak to you again. You’ll never see me again.”

The short ad then cuts to a picture of a grinning Biden. “I’m Joe Biden and I approve this message,” Biden says.

It’s a quite simple and very effective message.

Trump made the comments about Biden at a Fayetteville, North Carolina rally on Saturday. The Republican president was claiming a senator once told him Biden was the dumbest person in the Senate. That led Trump to segue into a claim that he felt Biden was the worst candidate in history, and thus, if he lost to him, he’d simply have to go away.

The November election is now just 44 days away.

What the Mashable staff bought in October 2020

9 Zoom Halloween costumes and tricks for your virtual party

What Time Are The Emmys? Host, Streaming, Nominees and More

Welcome to the Great Indoors: Museums Beckon in the Berkshires