by admin
in Celebrities, Entertainment
0 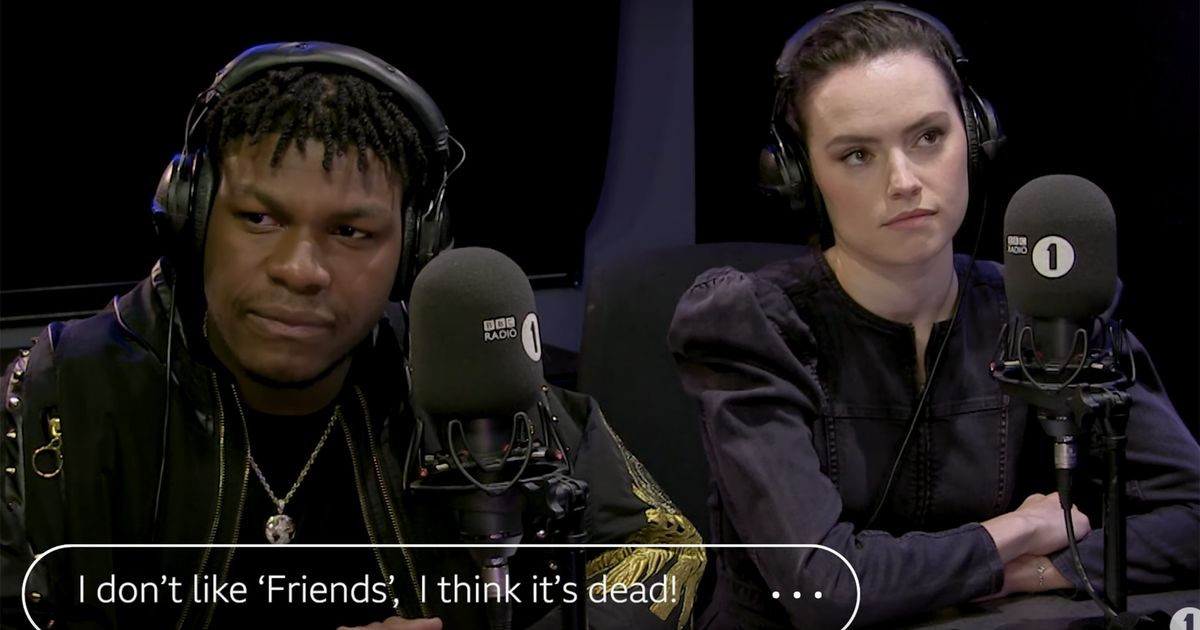 You learn a lot about people when they’re asked to share their least popular opinions on things.

In the BBC Radio 1 segment above, Star Wars stars Daisy Ridley and John Boyega field calls from members of the public who have very strong views on a variety of random topics. Views like “Leonardo DiCaprio isn’t hot” (this one divides them) and “Buckingham Palace is the worst place in London” (this one sort of unites them).

To round things off, they then share their own unpopular opinions on things — and it turns out Boyega really isn’t a fan of Friends.

Not even Ross is enough to save it.

Meet The New (& Old) Faces Of The L-Word: Generation Q

Meet The New (& Old) Faces Of The L-Word: Generation Q

25 tweets to make you laugh this Valentine’s Day

Introducing Ladies First: 13 Decades Of Women Saving Hollywood From Itself