Juice WRLD Repeats at No. 1 as Taylor Swift Preps for a Big Debut 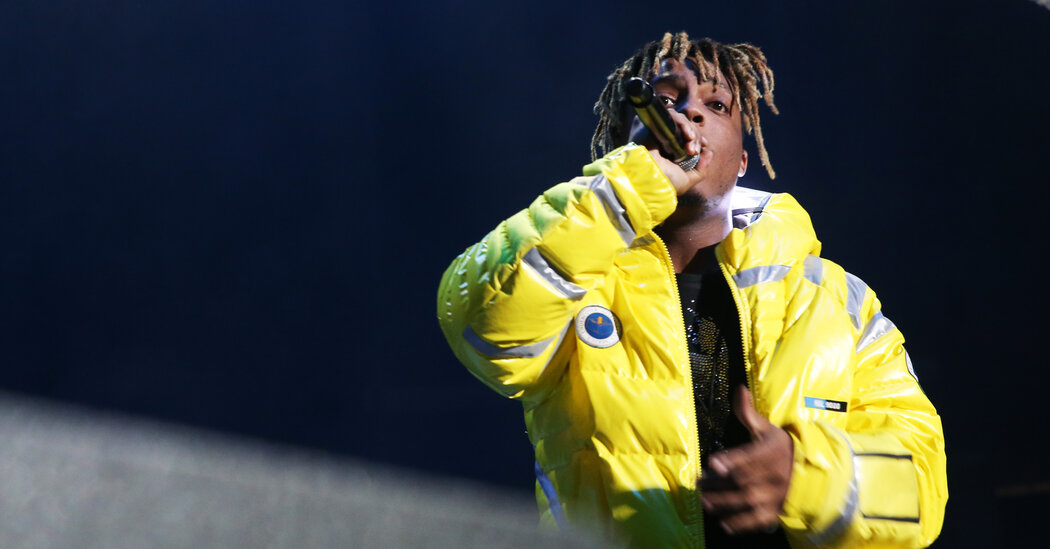 Juice WRLD, the Chicago rapper and singer who died last year at 21, holds the top spot on the Billboard album chart for a second week with a posthumous collection, “Legends Never Die,” which last week opened with the biggest first-week sales of the year so far.

But in the music industry, anticipation is high for next week’s chart, which is expected to feature an even bigger debut, by Taylor Swift, whose surprise new album “Folklore” came out on Friday and captivated whole swaths of the internet.

According to Swift’s label, Republic, “Folklore” sold 1.3 million copies around the world and had 80.6 million streams on Spotify in its first 24 hours. Swift’s opening-week number will also be helped by an array of retail deals on her website, including some 17 versions of the album on physical formats — eight CDs, eight vinyl LPs and even a cassette.

“Legends Never Die,” in its second week out, moved the equivalent of 162,000 albums in the United States, a 67 percent drop. The new total included 209 million streams and 23,000 copies sold as a complete package.

Also this week, the Chicks — formerly the Dixie Chicks — opened at No. 3 with “Gaslighter,” their first album in 16 years, which had the equivalent of 84,000 sales, including 15 million streams and 71,000 copies sold as a complete package. (In a sign of just how quickly the new name was rolled out, some of the CD and vinyl copies of the album came bearing the group’s old one.)

Pop Smoke, another younger rap star with a posthumous album (“Shoot for the Stars Aim for the Moon”) is No. 2. The “Hamilton” Broadway cast album is No. 4, and Lil Baby’s “My Turn” is No. 5.

Malik B., Longtime Member of the Roots, Is Dead at 47

How a Historian Stuffed Hagia Sophia’s Sound Into a Studio

‘Hamilton,’ ‘The Simpsons’ and the Problem With Colorblind Casting