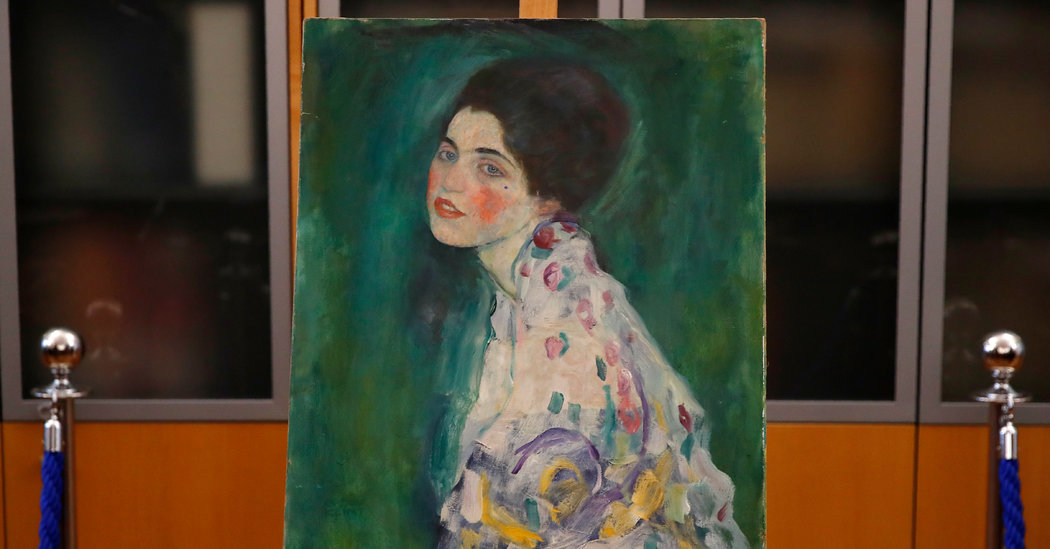 A painting by Gustav Klimt that was stolen from an Italian museum almost 23 years ago — only to be found inside one of the museum’s walls last month — is authentic, an Italian prosecutor announced on Friday at a news conference.

X-rays of the painting, called “Portrait of a Lady,” were key to its authentication, Jonathan Papamarenghi, a councilor in Piacenza, where the museum is, said in a telephone interview. The X-rays showed that another portrait of a woman was underneath the painting, as had been expected, he said.

It had the museum’s stamp on it as well, Mr. Papamarenghi added.

A team of experts led by Claudia Collina of the Institute for Cultural Heritage in Bologna verified the work, he said.

The whereabouts of “Portrait of a Lady” has been one of the art world’s biggest mysteries since the painting was stolen from the Ricci Oddi museum in 1997.

Investigators found the painting’s frame on the museum’s roof, leading some to believe someone had used a fishing line to hook it off the wall and pull it through an open skylight. But Salvatore Cavallaro, one of the investigators on the original case, told the BBC in an article in 2016 that could not have happened, as the skylight wasn’t big enough.

Two months after the robbery, it was briefly thought that the painting had been located: A package addressed to Bettino Craxi, a former Italian prime minister who had fled to Tunisia in the middle of corruption allegations, was intercepted at the border between Italy and France. But it turned out to be a recently painted fake.

In 2015, someone claiming to have stolen the painting told an Italian newspaper that it would be returned on the 20th anniversary of the theft. It never arrived.

Then, on Dec. 10, 2019, gardeners tidying ivy on the gallery’s walls found a metal panel that, when opened, had a bag with a painting inside. Mr. Papamarenghi said he was overjoyed that it had turned out to be the real artwork. “It’s a great, great moment for the city, and for the art community,” he said.

Filippo Sardi, a spokesman for Piacenza’s police force, said in a telephone interview that the painting would not immediately be returned to the museum as it was still needed for investigations into the crime. It would be kept in the vault of a branch of the Bank of Italy, he said.

Patrizia Barbieri, Piacenza’s mayor, said in a telephone interview that when it is eventually returned, the Council “will do everything it can to protect the painting,” including potentially investing in a new security system. “In the past 22 years, things have changed a lot with security systems, fortunately,” she said.

The town had already been contacted by film companies and book publishers looking to adapt the story of the theft, she added. But the saga is still ongoing. The painting may be back, but who stole the painting and how? “It remains a mystery,” Ms. Barbieri said.