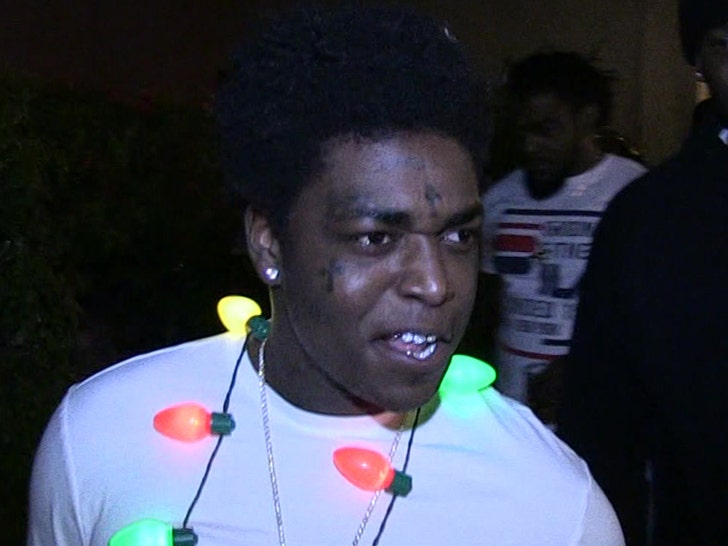 Kodak Black says he’s been living in hell behind bars, and he seems to be blaming correctional officers for much of his misfortune … straight from the horse’s mouth.

The incarcerated rapper posted a lengthy message Saturday on Instagram, claiming he was drugged with a laced substance back in October — which he alleges resulted in him being denied medical attention and, later, pepper-sprayed by a guard he says turned a blind eye.

Kodak cites several physical altercations he’s gotten into with different inmates over the past several months, many of which he claims were either escalated by correctional officers on hand or neglected altogether. At one point, he claims he had to be put into a wheelchair.

The bigger picture … Kodak says he’s being treated like a dog in Miami’s FDC prison — where he says he’s been holed up in the “Box” for the past 45 days without proper care.

For example, he cites little to no access to the commissary, poor hygiene and a regiment of psych meds that he doesn’t seem to think are helping at all. On top of all that, Kodak says he’s had to mourn the death of his good friend, Juice WRLD … who passed away last weekend.

He ends his rant by saying, “I want to shed this light on police brutality and the tactics they use to cover their behinds” … adding a #JUSTICEFORKODAK for good measure. Of course, we’d heard these claims before from his camp — but now, it’s coming straight from KB.

As we reported … Kodak was sentenced for 46 months in prison in his federal gun case.

Even J.J. Abrams Can't Get Disney to Release 'Unspecial' Versions of the Star Wars Movies - Gizmodo

Even J.J. Abrams Can't Get Disney to Release 'Unspecial' Versions of the Star Wars Movies - Gizmodo

Not Even ‘Star Wars’ Can Save This Year’s Box Office

Trump Impeachment: Making a Case Against a President, and Against Tuning Out