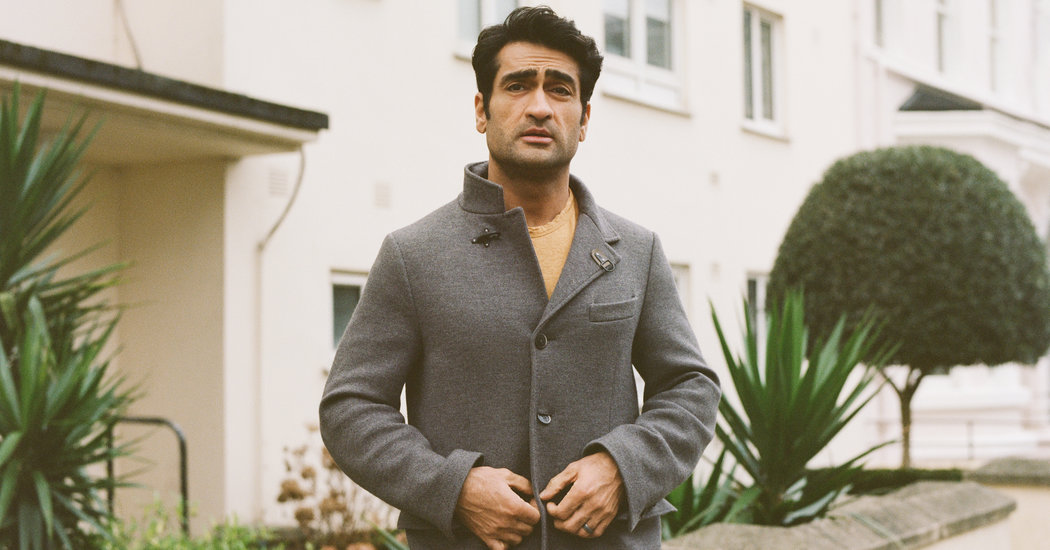 His name is Iwegbuna, and he’s trying to find comfort in a new land — ultimately, via cowboy culture — in an episode from “Little America,” the new Apple TV Plus anthology series created by Kumail Nanjiani and Emily V. Gordon (the husband-wife duo behind “The Big Sick”), and by Lee Eisenberg. The sight of the Stetson-wearing Iwegbuna, played by the Nigerian-born actor Conphidance, offers a snapshot of the show’s quietly radical conceit — that some glimpses of Americana might be surprising, but that doesn’t make them any less American.

Across eight episodes, the series, which debuts Friday, traverses the country and the globe, each installment tracking a different immigrant’s journey to or within the United States. A young Indian boy runs his family’s motel in Utah after his parents are deported; a gay Syrian man flees from home and searches for safety; a Ugandan woman sells cookies after her original American dream fails.

The show, which has already been renewed for a second season, is based on true stories adapted from the profiles of various real-life immigrants featured in Epic magazine.

“That was very important to us: Find different versions of the immigrant experience,” Nanjiani said over the phone from London, where he is shooting the ensemble Marvel film, “The Eternals.”

The Apple series is one of many things coming up in a blockbuster year for the comic turned actor, showrunner and soon, superhero. A few weeks ago, Nanjiani posted photos of himself online revealing a newly chiseled body for his role as Kingo in “The Eternals.” The internet collectively swooned.

Nanjiani admits he wanted to “show off a little bit,” but the response left him feeling somewhat vulnerable. “I was like, oh my god, what are my parents going to feel about it?” he recalled. “And my brother said, ‘Dad sent your shirtless pics to both family WhatsApp groups.’”

His debut as the first on-screen South Asian Marvel superhero will be another example of the representational barrier-breaking that has been an inherent facet of his work. With “Little America,” Nanjiani, who moved to the United States from Pakistan at 18, is highlighting immigrant narratives that buck traditional expectations and vary wildly, focusing as much on small joys and triumphs as on hardship and pain.

Nanjiani, who does not appear in the show, discussed the aim of “Little America,” the process of creating the right writers’ room and his own relationship to the American dream. These are edited excerpts from the conversation.

This anthology approach to immigrant stories feels new. Were you trying to do something completely different?

We weren’t really setting out to do anything radical. It’s very easy to pigeonhole these types of stories — “the story of the immigrant is one of struggle and strife,” that kind of stuff. Obviously those stories exist and they’re valid, and some of them are in our show as well. But we really focused on the idea that every episode was going to be completely different, have a completely different tone.

Almost every episode is handled by a different set of writers and directors of color. It seems as if you really focused on determining who should be telling which stories.

Exactly. We wanted to make sure that the appropriate people were in charge of telling the stories and directing the episodes. Obviously, the challenge is a lot of these people have not been given the opportunity to do this before. So that makes it harder to find those people.

It’s just a matter of contacting as many people as you know. Our agents and managers that were involved were basically like: “Hey, we have a story about a gay man from Syria. We really need writers who relate to that kind of experience. Do you know anybody like that?” And we ended up having a lot of writers who it was their first job writing for TV. There are tremendously talented people from all parts of the world who haven’t gotten a chance to build a resume yet. They can be hard to find, but to use that as an excuse for why you don’t have different voices in a writers’ room is absurd.

Considering the show’s premise, it seems impossible to ignore the political context of the last few years. Did the Trump Administration’s hard line immigration policies inform how you told these stories?

We do not want this show to have a political agenda, but obviously some of that is going to be there because of what the show is. I’ll give you an example of how this current moment affected how we make the show: Adam Ali, a supporting actor in the Rafiq episode [about a gay Syrian fleeing intolerance], is Libyan. We shoot the show in America, and because there was a ban on people from Libya, we were not able to get his visa to come and shoot the show. So one episode, we had to move production to Canada so that he could get his Canadian visa to shoot there. An episode about a person coming to America to find a different life had to be shot in Canada because that person today would not be able to come to America.

If there is a political agenda in the show, it’s just that immigrant experiences are very varied, as are anybody else’s experiences. Just saying that immigrants are human beings feels like such a basic thing, but I know if I say that on Twitter right now, I’ll get a lot of people upset about it. Somehow a simple statement of fact has become a radical political stance.

The stories are often more celebratory than traumatic. Were you consciously trying to subvert the usual immigrant narratives of “struggle and strife,” as you put it earlier?

That’s what we wanted. There’s a story about a kid whose parents get deported. That’s very close to exactly how all that happened, and obviously that’s something which, by its nature, is a little more political. But then there’s another story about just a guy trying to get a big rock off his property, which I think is something that anybody could relate to. To me, the idea of that big rock that you can’t get rid of is such a great analogy for the American dream. The story of America — that anybody can be what they want to be, pull yourself up by your bootstraps, you can do it, anybody can live the American dream — is that true? I mean, it depends what your background is. For some people it’s a lot harder.

For many of these characters the American dream is a tangible thing, not just an idea or a myth. Was it the same for you?

For me, the idea of America had come from movies and TV shows, and so I thought all of America was New York or L.A. And then I moved here — I moved to Iowa. That’s not an America you really see. So, really, the image of America in the rest of the world on one side is sort of this power that can cause harm. On the other side, it’s this place where it’s almost like utopian, where anybody can do whatever they want to do — for these characters, that is part of the America they think they’re coming to. And they have that struggle in different ways.

The Kabir episode, the one where his parents get deported, in some ways is the bleakest episode. There’s something really interesting about that story to me, as someone who’s had to negotiate the American immigration system. Generally a story is about: Protagonist has an obstacle, they learn how to overcome that obstacle, and in their journey they learn something about themselves. Here you’re dealing with the American immigration system, which is an immovable hurdle. You’re completely powerless against it. So the protagonist in the story, no matter what he learns about himself, is not going to be able to defeat the system.

Considering its mix of experiences, do you think “Little America” has an optimistic view of this country? And do you share that view?

What’s on TV Wednesday: ‘The Masked Singer’ and ‘Wisting’