Lady Antebellum Sues the Singer Lady A Over Name Change 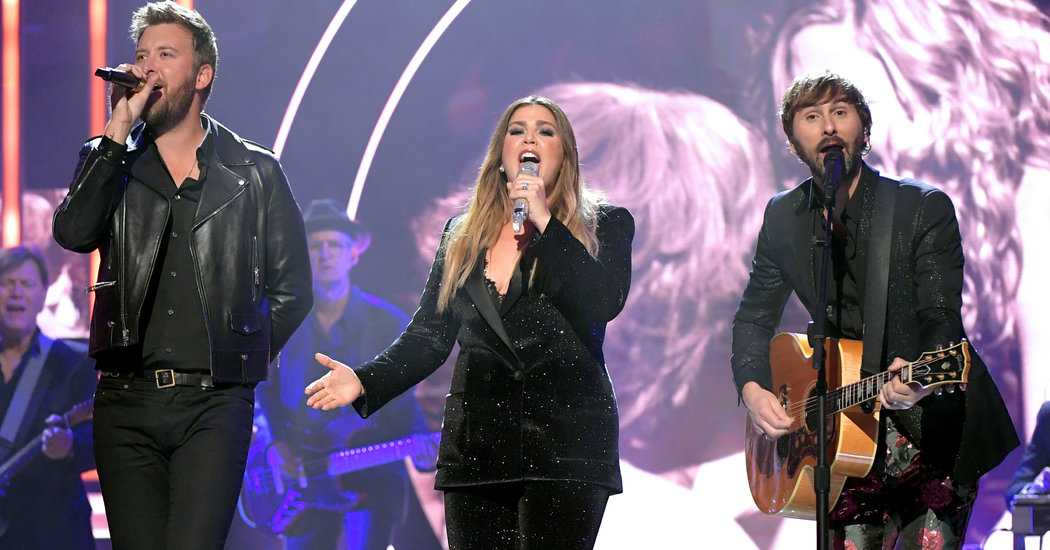 When the country trio Lady Antebellum announced last month that it would change its Civil War-referencing band name to Lady A out of respect for Black people, the group credited the widespread protests against police brutality for revealing “blind spots we didn’t even know existed.”

Barely a day later, another blind spot made itself known: Anita White, a blues singer and Black woman, had been using the stage name Lady A for over 20 years. “This is my life,” she said.

In the weeks that followed, an apparent détente between the two parties, initially celebrated on social media by both sides, faltered when representatives for White “demanded a $10 million payment,” the band said in a statement on Wednesday. Now, the platinum-selling Nashville group has filed a lawsuit that seeks no monetary damages, but asks the court to affirm “a trademark we have held for many years.”

The trio, whose suit says it began using the nickname Lady A not long after it formed in 2006, said that it was not aiming to have White change her moniker, but seeking to protect itself from further litigation. The group first applied to register “Lady A” for use in music, videos, live performances and merchandise in 2010, the suit says, adding “no oppositions were filed by any person or entity, including White.”

“We are sad to share that our sincere hope to join together with Anita White in unity and common purpose has ended,” the group said, noting that they had all “shared our stories, listened to each other, prayed and spent hours on the phone and text writing a song about this experience together.”

“We hope Anita and the advisers she is now listening to will change their minds about their approach,” the band added in its statement. “We can do so much more together than in this dispute.”

White did not immediately respond to a request for comment. She previously told Billboard that she and the band were “making progress,” even sharing a photo of a video chat she had with the country musicians including the caption, “The hurt is turning into hope. More to come.” But the next day, she told Newsday that she did not trust the group. “Their camp is trying to erase me,” she said.

According to her website, White has been performing blues, soul and funk in the Pacific Northwest for two decades and released her debut recording in 2010. A new album, “Lady A: Live in New Orleans,” is scheduled for release on July 18, her 62nd birthday.

“They’re using the name because of a Black Lives Matter incident that, for them, is just a moment in time,” White told Rolling Stone upon hearing about Lady Antebellum’s name change. “If it mattered, it would have mattered to them before. It shouldn’t have taken George Floyd to die for them to realize that their name had a slave reference to it.”

Lady Antebellum — which includes the musicians Charles Kelley, Hillary Scott and Dave Haywood — was not the only country group to make such a switch: The Dixie Chicks announced soon after that the band would now be known as the Chicks in an effort to separate themselves “from people that wave that Dixie flag.”

The group formerly known as Lady Antebellum acknowledged on Wednesday that it had more work to do. “We’re still committed to educating ourselves, our children and doing our part to fight for the racial justice so desperately needed in our country and around the world,” the band said.

Rapper Stormzy picks up a brush in 'give back' scheme

Late Night Is Ready for the Election to Be Over

Things To Do At Home This Week