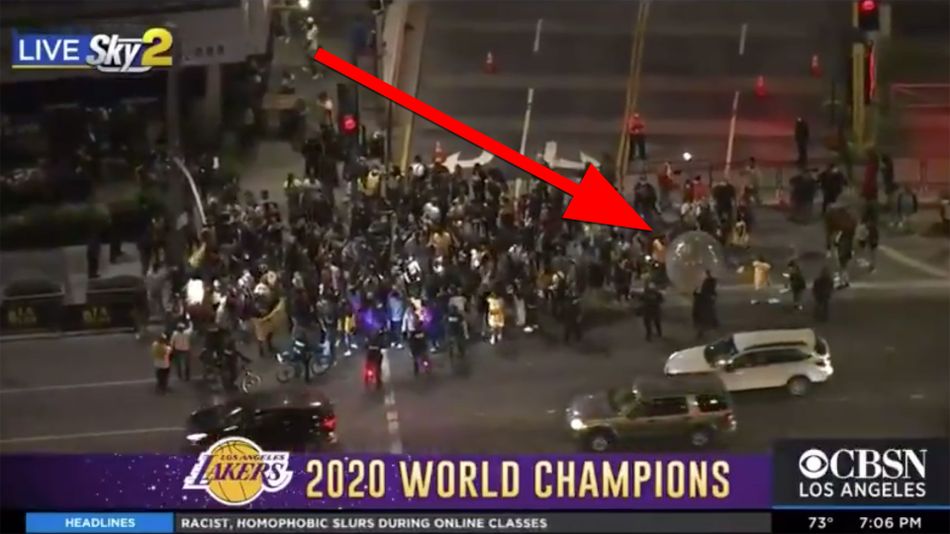 It’s been a big night for LA Lakers fans.

Every sparkling water drinker should own one of these

On Sunday, the team beat the Miami Heat 106-93, taking home their 17th NBA title and tying with the Boston Celtics for most NBA championships.

Following the game, a number of fans took to Downtown LA to celebrate the win, gathering in a crowd which eventually prompted a police response.

Before fans were dispersed, however, several people on Twitter spotted something noteworthy in the footage captured by CBS.

There’s a person celebrating the Lakers win in a bubble pic.twitter.com/mH8lPP12ch

Yep: Someone actually turned up to the celebrations inside a giant plastic bubble. Read more…

Every sparkling water drinker should own one of these

Novel of Multitudes Sings for a Fading Dream of National Belonging

Black at U.T., and Beyond