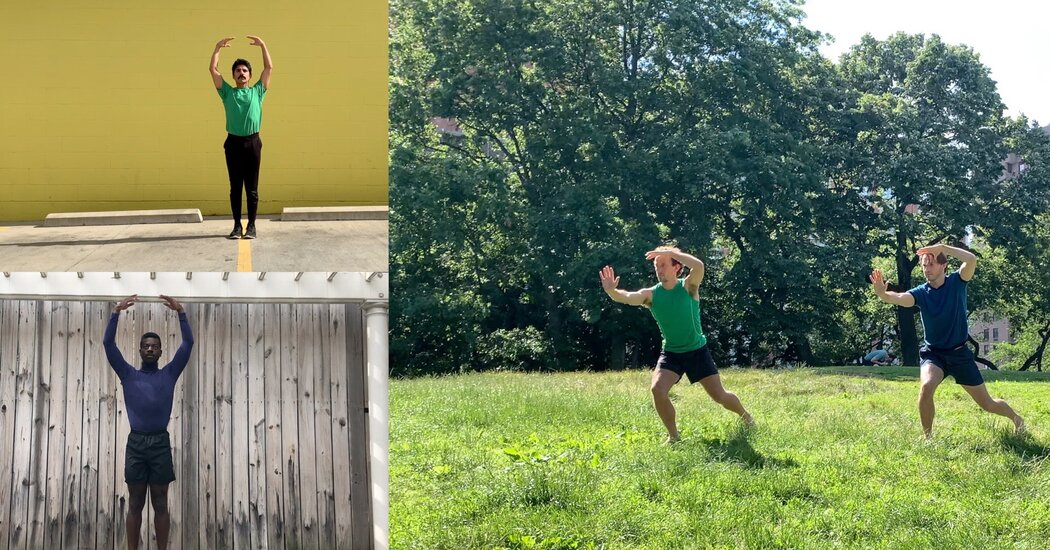 The Mark Morris Dance Group will celebrate its 40th anniversary with a digital season, its first since the coronavirus shutdown. Not that the company has been absent from the digital world. In May, it released four new dances by Mr. Morris, the company’s artistic director, made using Zoom, and has been streaming archival material.

But Mr. Morris has been deliberate about online content, focusing on making work intended to be viewed onscreen. “I didn’t want to do the immediate ‘get this out as soon as you can so people know we’re still here’ thing,” Mr. Morris said in an interview. “I waited until I thought I had something kind of decent, which was ‘Lonely Waltz.’”

That piece, one of the four released in spring, convinced Mr. Morris to continue creating work for online audiences. For the coming season, he’s made four new dance videos in collaboration with Colin Fowler.

Two of the new pieces, which will have their premiere on Nov. 12., are based on pre-existing choreography, from “Empire Garden” and “Layla and Majnun,” that has been restaged for digital presentation. The others are completely new and set to Claude Debussy’s “Clair de Lune” and a selection from Conlon Nancarrow’s “Studies for Player Piano.” Audience members will have the opportunity to ask Mr. Morris questions as a part of the event.

The season begins this evening, with a new installment of the archival series, Dance On! Video Vault. Recordings of performances at Dance Theater Workshop (now known as New York Live Arts) will be available to view on demand from Oct. 28 to Nov. 27. Holiday programming built around “The Hard Nut,” Mr. Morris’s response to “The Nutcracker,” will follow in December. The focus in February will be another Morris classic: “Dido and Aeneas,” set to Henry Purcell’s opera.

Like many other performing arts groups in New York, the Morris company is hoping to pivot to in-person rehearsal and performance in 2021. The dancers are set to return to the studio early next year, and in March, performances of solos, duets and quartets from early in the troupe’s history, as well as a new work by Mr. Morris (set to selections from Johannes Brahms’ Sixteen Waltzes Op. 39), are scheduled to be livestreamed.

New dance videos will also be recorded once the company can reconvene at its Brooklyn headquarters this winter. These pieces will be released in May to cap the season. In between, April’s slate will revolve around Mr. Morris’s “L’Allegro, il Penseroso ed il Moderato” from 1988.

Crisscrossing the Country on Highways Big and Small

Biden asks Trump what everyone’s thinking: ‘Will you shut up, man?’

Why Is Women’s Work Still Undervalued and Unacknowledged?

‘To Be a Man,’ by Nicole Krauss: An Excerpt

Don Black: Why he has you singing with the stars