by VIPortal Team
in Theater
0 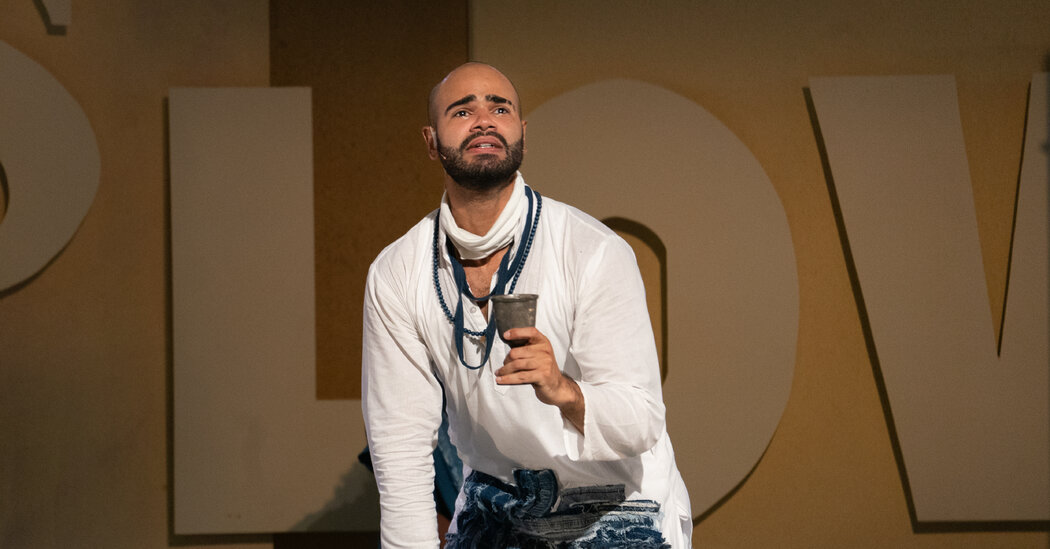 Two closely watched summer theater productions — the first in the U.S. with union actors since the coronavirus pandemic exploded — are being required to reduce their seating capacity to comply with changing local regulations.

Productions of “Godspell” at Berkshire Theater Group and “Harry Clarke” at Barrington Stage Company will each allow only 50 people to be present — down from 100 — after the state of Massachusetts rolled back its reopening protocols in an effort to slow the spread of the disease.

“They reached out to us right away, and although they wanted an exception to the revised order, they realized they had to come into compliance, so they’re bringing their numbers down to 50,” said Gina Armstrong, the director of public health in Pittsfield, Mass., where both productions are taking place.

The productions, which began performances last week, are taking place outdoors, under tents, in the Berkshires region of Western Massachusetts. In each case, performers are regularly tested for the virus; audience members must wear masks and have temperature checks.

The productions were the first permitted by Actors’ Equity, the labor union representing performers and stage managers, during the pandemic. The union has since also agreed to allow its members to return to work at Disney World and to participate in the Netflix filming of a Broadway musical, “Diana” (with no audience present).

When it became clear that it would have to reduce capacity, Berkshire Theater Group halted all future sales for “Godspell” and began trying to rebook some ticket holders. The theater is also exploring whether to add a performance or two before the show closes Sept. 4.

Both productions were already expected to run at a loss; the reduced capacity will exacerbate that.

“We are cooperating fully and faithfully with local and state health authorities, under whose direction we are reshuffling audiences to meet the latest reduction in capacity order,” Nick Paleologos, the executive director of the theater, said in a statement. “In addition, we continue to comply with the strictest of safety protocols which include: temperature checks, regular testing, contact tracing, masks, social distancing, sanitizer, and surface disinfection.”

Julianne Boyd, the artistic director at Barrington Stage, said she is also cutting back capacity for “Harry Clarke,” a one-person show which ends its run Sunday.

“We have to reduce our audiences to 50 — that’s what the governor said, and we’ll do it,” she said. She said she is still trying to figure out how the rules will affect two outdoor concerts she has planned later this month.

Tony Tanner, Who Brought ‘Joseph’ to Broadway, Dies at 88

Theater to Stream: ‘Finish the Fight’ and a Starry ‘Jacksonian’