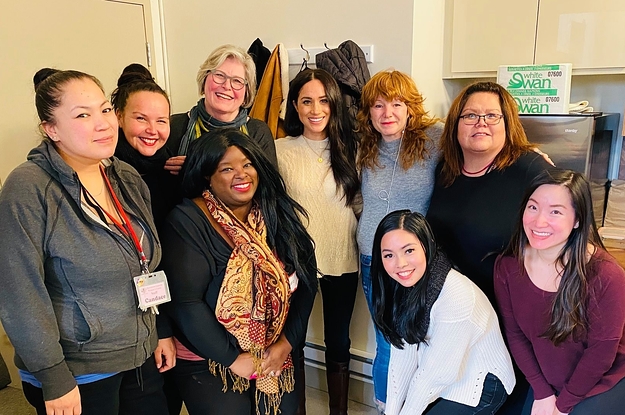 Meghan Markle (aka the Duchess of Sussex) visited a women’s center in Canada amid the global spotlight on her and her husband following their decision to “step back” as senior members of the royal family.

In a Facebook post Tuesday, the Downtown Eastside Women’s Centre (DEWC) shared an image of staffers posing for a photograph with Meghan earlier that day.

“High levels of violence, homelessness, addictions and poverty characterize the Downtown Eastside community. Women and children are particularly vulnerable to exploitation, injustice and injury,” the organization said on its website.

“The DEWC is one of the busiest women’s centers in the country, operating a low-barrier drop-in center and emergency night shelter in the Downtown Eastside. By connecting members to a continuum of care and a community, we empower them towards positive change,” the site added.

Meghan’s brother-in-law and sister-in-law the Duke and Duchess of Cambridge (aka Prince William and Kate Middleton) visited a nearby center in Vancouver’s Downtown Eastside area during their Canadian tour in 2016.

BuzzFeed News has reached out to the Downtown Eastside Women’s Centre and representatives for the Duke and Duchess of Sussex for comment.