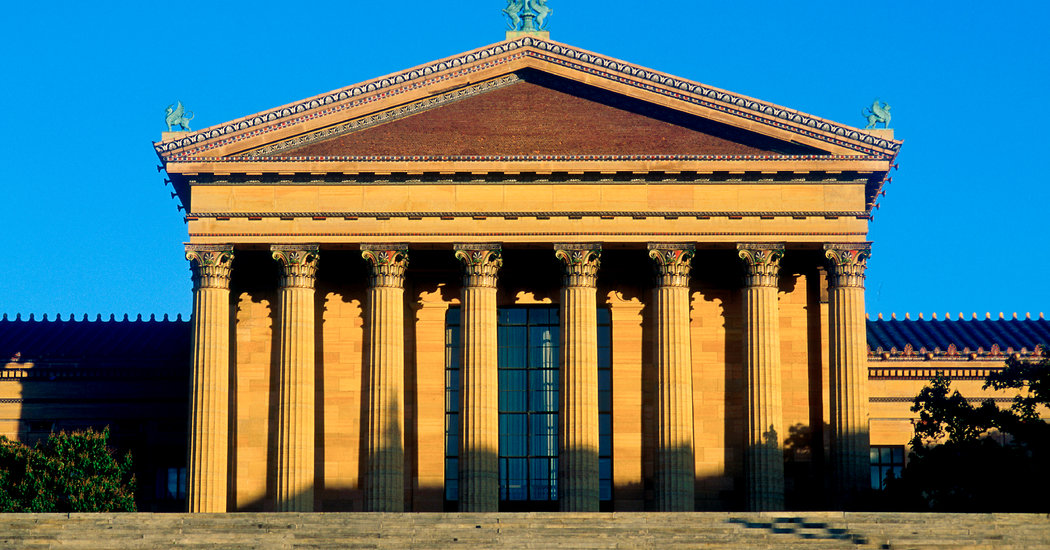 The director of a Pennsylvania museum was forced out of his job on Monday in the wake of allegations about a pattern of misconduct at his former job as a manager at the Philadelphia Museum of Art.

The director, Joshua Helmer, “is no longer employed at the Erie Art Museum,” the Erie museum’s board said in a statement. It did not elaborate on whether Mr. Helmer was fired or asked to resign.

The action against the museum director, who had been appointed to the Erie post in 2018, followed a New York Times article on Friday that reported that multiple women had accused Mr. Helmer of making advances toward them in the workplace while he was at the Philadelphia museum and that an intern had made a similar complaint in Erie.

Two women he dated during his four years in Philadelphia directly reported to him, an apparent violation of museum policy, and said in interviews that Mr. Helmer had warned them not to report it. Two others who said they had relationships with him were not direct subordinates, but he outranked them and represented to them that he could hire, fire and promote whom he pleased, the women said. Some of them also described Mr. Helmer berating them in view of other employees.

“This is a victory for women,” said Gina Ciralli, who dated Mr. Helmer. She said she had left the institution because of his mistreatment. “Removing Josh from his position of authority creates a safer work environment for everyone in the field. We can all breathe again.”

Mr. Helmer, 31, did not respond to requests for comment. In an interview last month, he declined to discuss accounts of his conduct or his relationships with women, but he said he had always followed museum policy.

The Philadelphia Museum had no comment on Monday. It said last week that Mr. Helmer had been “separated” from his post there in February 2018, but that it could not discuss the reasons for his departure because such matters were confidential.

It was unclear what information the Erie Museum had about Mr. Helmer’s tenure at Philadelphia before it hired him. But in a statement on Friday, it had defended the thoroughness of its hiring process.

“Prior to offering Mr. Helmer the position at the Erie Art Museum, the board, with the help of an employment consultant, conducted due diligence including background checks,” the statement said. “No issues were identified during our due diligence.”

Shortly after joining the Erie staff, Mr. Helmer sent texts to a college student working there, suggesting she come to his house. “Coffee my place I have a cool back deck,” it said, according to a screenshot the woman, Asla Alkhafaji, provided to The New York Times.

After she told him she could only meet in public, Ms. Alkhafaji said, he began ignoring her at work and one day told her, “You’re the most useless intern we have.”

The museum said that it had investigated a complaint by Ms. Alkhafaji and found no reason to discipline Mr. Helmer.

“I hope the board will be honest and transparent,” said Kelly Armor, a former Erie Art Museum manager who had reported Mr. Helmer’s treatment of Ms. Alkhafaji, and who left the museum after clashing with Mr. Helmer. “They need to rebuild a lot of trust.”

The pressure on the museum had grown in recent days. The Times’s report led to the circulation of an online petition calling for Mr. Helmer’s removal in Erie. “Whatever benefit this man provides the art museum pales in comparison to the damage that he has done to women,” the petition said.

In addition, more than 250 current and former workers at the Philadelphia Museum signed a statement in solidarity with the women who worked there.

Much of the concern focused on whether the cultural institutions had done enough to scrutinize Mr. Helmer’s behavior and work history. On Facebook, the Museum Studies Program at the University of Maryland called the Philadelphia Museum’s response and the Erie museum’s vetting procedures “inadequate.”

At the Philadelphia Museum, Mr. Helmer was made assistant director for interpretation in 2014, just four months after arriving. Last October, ARTNews named him one of the country’s museum directors under 40 who were shaping their institutions.

Several women interviewed by The Times described Mr. Helmer as repeatedly building them up and breaking them down. At least three employees who were familiar with these accounts said they reported their concerns to museum managers, starting as early as 2016.

In recent days, another woman, Ashley Scrivener, has come forward to say that she resigned in 2016 from her position in the information technology department at the Philadelphia Museum because of the “toxic work environment” created by Mr. Helmer. She said he had repeatedly asked her out to drinks.

“During my exit interview with the head of human resources, I told them everything about Josh that was disturbing me,” she recalled. “H.R.’s response was, ‘Oh my God, that’s crazy, he shouldn’t be saying that.’ But in reality, he worked there for another two years.”

Ron Leibman Dies: Actor In ‘Norma Rae’ And ‘Angels In America’ Was 82 – Deadline