C.I.A. Operatives in the Early Years of the Cold War

Politics and Fiction and Other Letters to the Editor 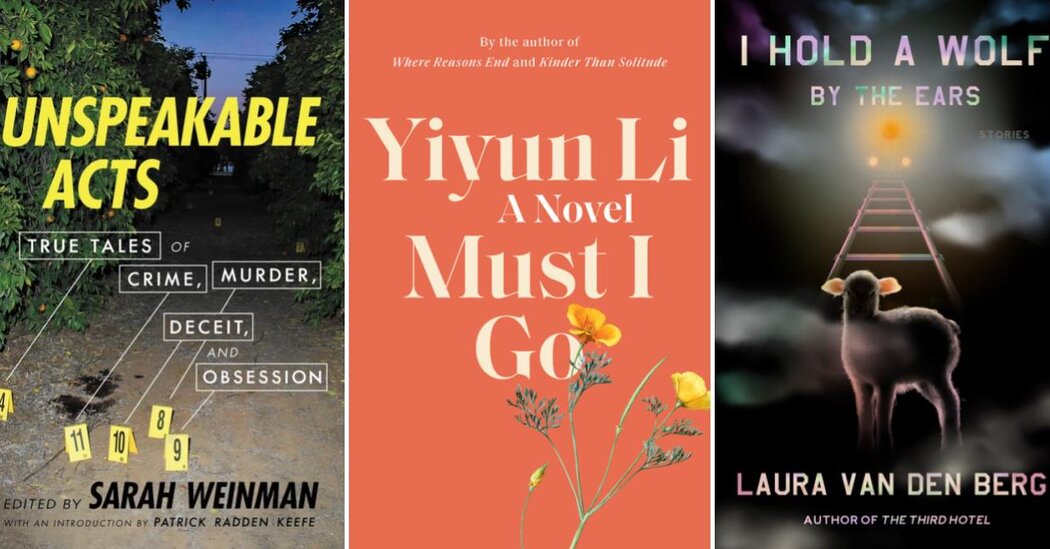 DARE TO SPEAK: Defending Free Speech for All, by Suzanne Nossel. (Dey Street, $28.99.) The chief executive of PEN America revisits recent debates, arguing that “concerns of diversity and inclusion can — and must — be reconciled with robust protections for speech.”

THE DEATH OF THE ARTIST: How Creators Are Struggling to Survive in the Age of Billionaires and Big Tech, by William Deresiewicz. (Holt, $27.99.) The internet has wrought profound changes in the arts, as in the rest of society. Deresiewicz, a critic and essayist, interviews artists across a range of disciplines to assess the impact.

MUST I GO, by Yiyun Li. (Random House, $28.) Late in life, prompted by the diary of a former lover, the steely heroine of Li’s fourth novel looks back on her marriages, her love affairs and especially her troubled relationship with her daughter, grappling with how our histories help shape our characters.

In a news year dominated by the struggle to live — against the coronavirus, against police brutality — how about reading about the struggle to die? This is Norman Mailer’s 1979 true-crime novel THE EXECUTIONER’S SONG, in which Gary Gilmore pleads guilty to killing two people and fights the state of Utah for the implementation of his death sentence by firing squad (his pick). Gilmore’s was the first execution in the United States in nearly 10 years and the first after the Supreme Court briefly banned capital punishment in 1972. He felt he deserved to die, and his battle to force the state to carry out his death sentence was closely watched by the nation and reignited debates about capital punishment across the country. “The Executioner’s Song” takes you inside Gilmore’s head and the harrowing fight he launched against those who tried to save him against his will. As he stood before the firing squad in 1977, his last words were “Let’s do it.”

C.I.A. Operatives in the Early Years of the Cold War

Politics and Fiction and Other Letters to the Editor

The Ugly (and Glorious) Truth About American Supermarkets

How the New York Times Best-Seller Lists Come Together

Intimacy Is Overrated: Concerts in the Livestream Era

A Love Triangle and a Variety Show in Seaside England

The Music and the Mirror