by VIPortal Team
in Dance
0

Seven Dance Stars Take On a Daring ‘Rite of Spring’

Chirping Birds, Dancers and an Audience That Tops Out at 10 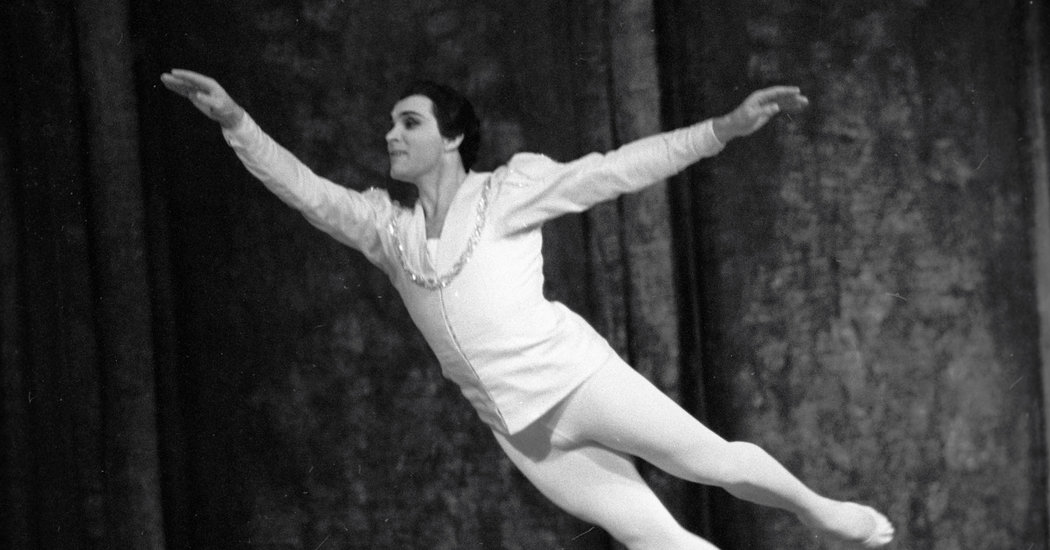 Nikolai Fadeyechev, one of the Bolshoi Ballet’s greatest dancers, who was hailed for his distinctive noble style and his chivalry as a partner to the Russian company’s leading ballerinas from the 1950s to the ’70s, died on June 23 in Moscow. He was 87.

His death, from heart failure, was announced by the Bolshoi Theater.

As an artist, Mr. Fadeyechev was one of a kind. In a company acclaimed for its athletic male dancers, he chose to be an elegant and eloquent presence.

When audiences were introduced to the Bolshoi in London in 1956 and New York in 1959, both the public and critics were stunned by the bravura of the male dancers and the virtuosity and emotional depth of ballerinas like Galina Ulanova and Maya Plisetskaya.

Mr. Fadeyechev was favored as a partner by both, in no small part because he showed off his ballerinas and did not compete with them. In 1968, Clive Barnes wrote in The New York Times that Mr. Fadeyechev’s manner was “essentially self- deprecating,” but that this made his work, “for the connoisseurs, all the more effective.”

Nina Loory, who was a young Russian dancer when she joined the Bolshoi in the 1960s and is now artistic director of the Benois de la Danse award in Moscow, recalled Mr. Fadeyechev’s dancing in an interview: “He was an excellent classical stylist, not at all a character dancer, with a very light and soft jump, soft pliés and a very good partner — not just strong but very careful of his ladies.”

In the 19th-century classics, he was never a cardboard prince. As Mr. Barnes wrote, “Nobility is in his backbone.”

His dramatic and romantic roles were carefully thought out. As Albrecht, the seducer in “Giselle,” he became an antihero who had visibly undergone a profound emotional experience.

Among Mr. Fadeyechev’s fans was the filmmaker Mike Nichols, who invited him and Ms. Plisetskaya to dinner in his New York apartment in the late 1960s. Helen Atlas, former publisher and editor of the publication Dance News, was there and recalled that when Mr. Nichols’s two Great Danes bounded in, Mr. Fadeyechev was entranced — he had never seen such large dogs. Mr. Nichols, Ms. Atlas said, then bought a Great Dane puppy for Mr. Fadeyechev to take back to Moscow.

Nikolai Borisovich Fadeyechev was born on Jan. 27, 1933, in Moscow, where he entered the Bolshoi’s ballet school as a child. Upon graduating in 1952, he joined the Bolshoi as a soloist; two years later, he was cast in the leading role of Siegfried in “Swan Lake.”

In addition to the 19th-century classics, he danced in major Soviet-era works like Leonid Lavrovsky’s “Romeo and Juliet,” Igor Moiseyev’s version of “Spartacus” and novelties like “Carmen Suite,” created for Ms. Plisetskaya by the Cuban choreographer Alberto Alonso, in which Mr. Fadeyechev garnered praise for his portrayal of a tormented Don Jose.

Mr. Fadeyechev’s survivors include his wife, the ballerina Irina Kholina; two sons, Aleksei, a former principal dancer in the Bolshoi Ballet and a former artistic director of the company in the 1990s, and Aleksandr, a dancer in the company; and two grandchildren.

After retiring from performing in 1977, Mr. Fadeyechev became a highly popular coach and rehearsal director for the Bolshoi.

Mentoring came naturally to him, as the British choreographer Peter Wright recalled in the magazine Dancing Times in 2016. Shortly after the company’s London debut in 1956, Mr. Fadeyechev was invited to dance in a BBC film of “Giselle.” Mr. Wright, who was in the cast, said that Mr. Fadeyechev “taught me a lot about the timing and the weight behind the movements in the mime scenes.”

Mr. Fadeyechev danced with the Royal Ballet ballerina Nadia Nerina in that film, released in 1958. In 1961, he partnered with her in “Swan Lake” when she performed as a guest at the Bolshoi.

Seven Dance Stars Take On a Daring ‘Rite of Spring’

Chirping Birds, Dancers and an Audience That Tops Out at 10

Review: A Quieter, Virtual Fall for Dance, With Starriness Intact

Could Dance Be a Weapon All Over Again?