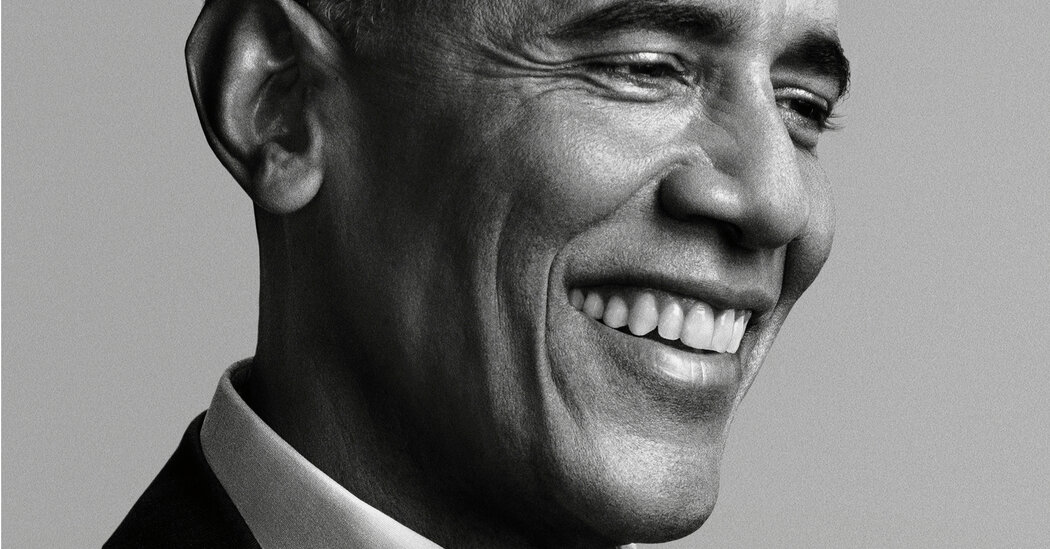 Former President Barack Obama’s new memoir will be published in November, shortly after the election, his publisher, Penguin Random House, announced on Thursday.

The 768-page book, “A Promised Land,” will be the first of two volumes, this one encompassing parts of his early political life, his presidential campaign in 2008 and ending with the death of Osama bin Laden in 2011. It will be released around the world on Nov. 17 in 25 languages, including Spanish, Chinese, Arabic, Czech, Finnish and Vietnamese.

Demand for the book is expected to be extraordinary, and Crown, an imprint of Penguin Random House, has ordered a first printing for the U.S. edition of 3 million copies. To accommodate such an enormous order, Crown plans to print about 1 million of those books in Germany and has arranged for three ships, outfitted with 112 shipping containers, to bring those copies to the United States.

Mr. Obama and Michelle Obama sold their memoirs to Crown as a package deal for a record-smashing $65 million. So far, it doesn’t look like they overpaid. Mrs. Obama’s book, “Becoming,” has sold more than 8.1 million units in the United States and Canada since it was published in the fall of 2018.

Mr. Obama’s book took longer. He started writing shortly after leaving office, working on it at home in Washington, D.C., while traveling, and on Martha’s Vineyard this summer.

“There’s no feeling like finishing a book, and I’m proud of this one,” Mr. Obama said in a statement. “I’ve spent the last few years reflecting on my presidency, and in ‘A Promised Land’ I’ve tried to provide an honest accounting of my presidential campaign and my time in office: the key events and people who shaped it, my take on what I got right and the mistakes I made, and the political, economic, and cultural forces that my team and I had to confront then — and that as a nation we are grappling with still.”

Mr. Obama said the book gives readers a sense of his and Mrs. Obama’s personal journey during that time as well, “with all the incredible highs and lows.” He also offers his thoughts on how to heal the country’s divisions and hopes the book will inspire young people to “play their part in remaking the world for the better.”

Many of the biggest books of the year are released in the fall, but there was no thought given to publishing this one before the election, according to an Obama spokeswoman, because he wanted to focus on helping his former vice president, Joseph R. Biden Jr., campaign for the White House without any distractions. News of the book’s publication date was reported earlier by The New York Post.

What is unusual about this presidential memoir is that Mr. Obama is not just a politician, he is also a writer. His first book, “Dreams From My Father,” was published in 1995 by Peter Osnos at Times Books. Mr. Osnos said he paid a $40,000 advance after Mr. Obama’s original contract with Simon & Schuster was canceled because he had taken too long to deliver the book.

“That has to be the single biggest arc in the history of publishing,” Mr. Osnos said of the journey from a $40,000 book deal to a $65 million one.

“Dreams From My Father” has since sold more than 3.3 million units in the United States and Canada, according to Crown, and “The Audacity of Hope,” which was published in 2006, has sold more than 4.2 million. Mr. Obama, who narrated the audio versions, won a Grammy for best spoken word album for each, as did Mrs. Obama for her narration of “Becoming.” He will read the audio version of “A Promised Land” as well. A release date has not yet been announced for the second volume of Mr. Obama’s presidential memoirs.

Where Exactly Did Demi Lovato & Max Ehrich Get Engaged?

Is The Wilds Coming Back For A Second Season?