Olivia Newton-John and John Travolta had a ‘Grease’ reunion, costumes and all

by admin
in Celebrities, Entertainment
0 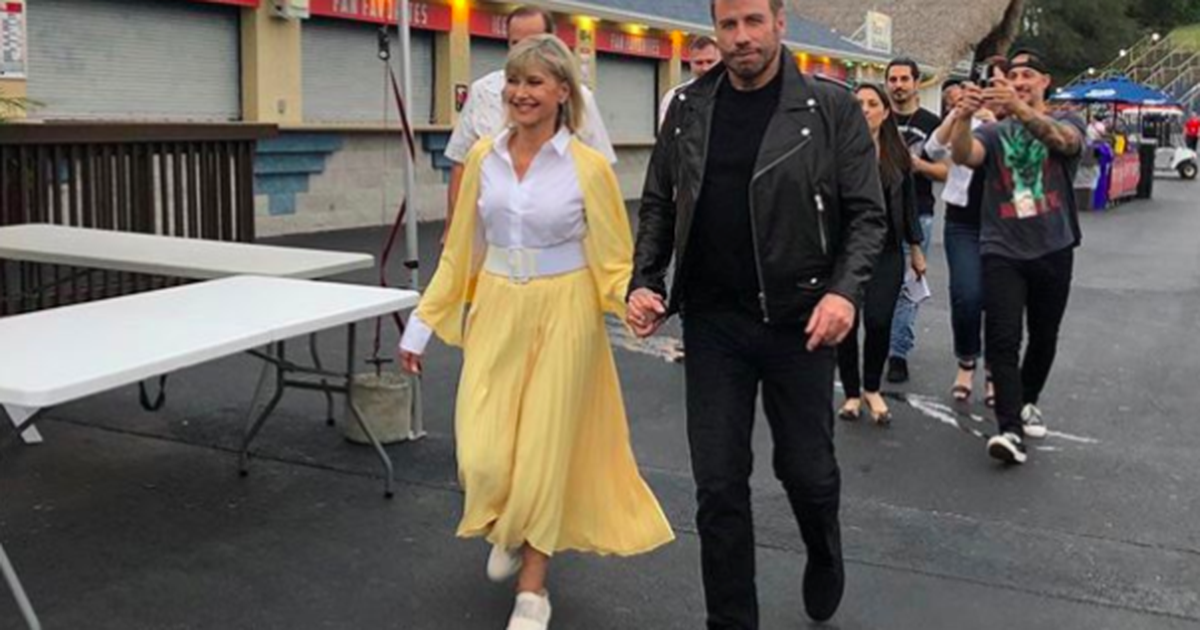 Danny Zuko and Sandy Olsson are back, baby.

John Travolta and Olivia Newton-John, who played the beloved on-screen couple in 1978, recently reunited for a Grease sing-along in Florida.

It’s been more than 40 years since the two starred in the iconic musical rom-com together, and they got back into costume for the first time since making the movie for the exciting fan event.

On Friday, Newton-John shared a photo of her and Travolta looking cool as ever, walking hand-in-hand at the event. Needless to say, we got chills and they instantly multiplied.

“Grease is still the word,” Travolta said while staring at the large crowd the event drew. In another video he can be heard exclaiming “holy shit” after seeing the audience’s adoring response to the movie.

Travolta shared several videos of the crowd, and even gave Instagram followers a glimpse at him and Newton-John walking out on stage. If you scroll to the end of the Instagram album, there’s even a car photo.

The event consists of a sing-along to some of the movie’s greatest hits, followed by a Q&A session where fans can ask the two stars any burning questions they’ve had about the film for the past few decades.

If you’re in the mood to put on your poodle skirt or leather jacket and celebrate one of the successful  movie musicals of all time, Travolta and Newton-John are scheduled to make several other “Meet n’ Grease” appearances in Florida and Maryland.

It Took Almost 50 Years, But TV Is Finally Getting Abortion Stories (Mostly) Right

Got Snow? Wintertime Treats for Children’s Eyes and Ears