‘Call of the Wild’ Casts a Digital Star. Is He a Good Dog? 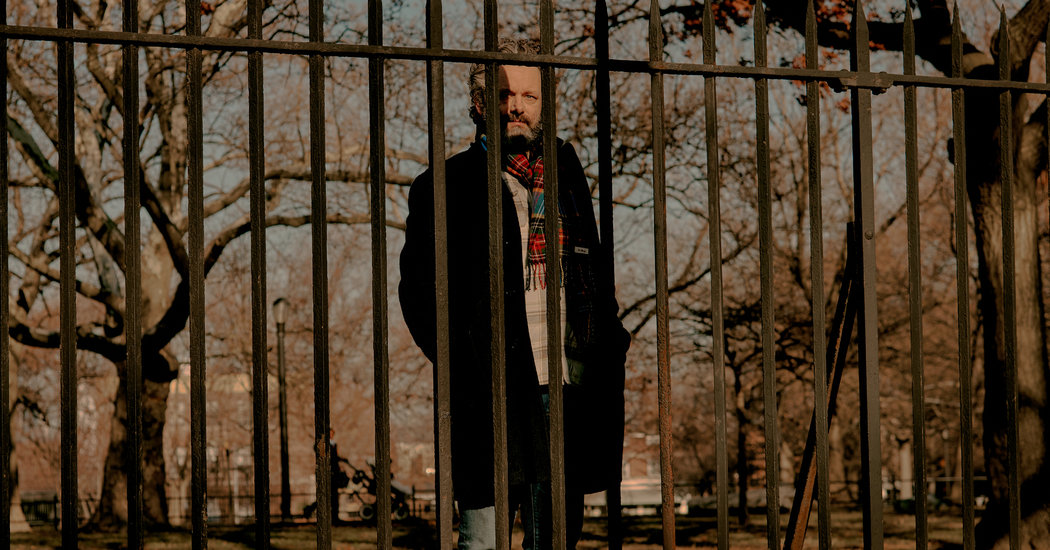 This interview contains spoilers for the Season 1 midseason premiere of “Prodigal Son.”

Michael Sheen has made cardigans dangerous. On the Fox drama “Prodigal Son,” he plays Dr. Martin Whitly, also known as the Surgeon, a brilliant Manhattan doctor who is responsible for at least 23 murders, most of them gruesome. Convicted and confined to a psychiatric hospital, he spends his days swathed in a nubbly, oatmeal sweater, playing mind games with his son, Malcolm (Tom Payne), a profiler for the New York Police Department.

Enjoying “Prodigal Son,” which had its midseason premiere Monday, requires a hefty suspension of disbelief surrounding cops, journalism and secure psychiatric facilities. But it offers the grisly pleasures of a murder-of-the-week procedural, as well as Sheen’s twinkly, delirious performance — all mad eyes and chipmunk smile and dad jokes. Told that a man has murdered 19 people, he says, “It’s what they call a serial killer’s dozen,” then convulses in a wheezing laugh.

“If you want to feel like a good writer, write a line of dialogue and have Michael Sheen say it,” Sam Sklaver, one of the show’s creators, told me. “Because all of a sudden you seem like you’re Shakespeare. He’s just so, so good.”

The Times critic Mike Hale reviewed it this way: “Sheen is just too much fun to watch.” Some 8.7 million viewers across all platforms agree — the weekly average, according to Fox — making “Prodigal Son” the fall’s top-rated new broadcast series. Fox has already renewed it for second season.

A Welsh actor who trained at the Royal Academy of Dramatic Art, Sheen dominated the London stage before segueing into movies (“The Queen,” “Frost/Nixon”) and scripted series (“Masters of Sex,” “The Good Fight,” “Good Omens”). He combines impeccably average looks with a very un-average intelligence and emotional volatility. On the surface: a protective camouflage of niceness, ordinariness. (On “30 Rock,” he played Liz Lemon’s “settling soul mate.”) Underneath: something darker and weirder. As Sklaver put it, “He’s delightfully disturbing.”

On a springlike morning several days before the midseason premiere, Sheen, 50, entered a cafe near a location shoot in Williamsburg, Brooklyn, having traded Martin’s prison scrubs and sweater for a plaid flannel shirt, a clashing tartan scarf and dad jeans. He was relaxed, affable — or maybe that was just the protective camouflage working — and he had the bags under his eyes that are the go-to accessory for the father of a newborn. His daughter with the actress Anna Lundberg, Lyra, is nearly 4 months old. He also has a 20-year-old daughter, Lily, with his former partner Kate Beckinsale.

Over a plate of poached eggs and a flat white, Sheen cheerfully discussed the banality of murder and taking psychopathy home, while also revealing a huge knitwear-related spoiler. These are edited excerpts from the conversation.

Why do you think we have such a fascination with serial killers?

We like to think that they’re an aberration, an extreme version of what is possible. And yet, underneath, we know that they’re not separate. They are a reflection of us in some way. They’re the monsters we don’t want to own. We have to integrate them, assimilate them in some way. To turn them into entertainment is one way to do it.

That seems like such a perverse impulse to me.

The alternative is to not engage with it, which would make it more frightening. I worked on a script about the Green River Killer. And I spent a lot of time in that world. No matter what aspects of it you look at, it’s about really horrible, life-denying things: destruction and grief and sadness and loss. And there is nothing romantic about it. I suppose that’s the danger with a lot of this sort of stuff is that it can make evil seem somehow attractive.

In “Prodigal Son,” is there some romance around the idea of the killer’s being so much smarter than everyone else?

Well, I liked the challenge of playing someone who seems very likable, sort of charming. He uses that disguise like animals do: bright colors to lure prey. If you’re a hunter, what you want is to be able to disguise yourself as something that will bring your prey to you. And so I came at it from that point of view — maybe this is me just rationalizing with myself, but this is genuinely what I found interesting about it — rather than looking at the character as someone who falls into that trope of the genius serial killer. So it’s less about him being smart, and more about him being dazzling.

Do you have a sense of why people are drawn to the show?

On the one hand, you’ve got a procedural aspect to it every week. And then on the other hand, you’ve got something that’s a bit more like shows you might see on streaming platforms that are threaded through. You can’t just come in and watch a single episode and get it. It’s got the police, a serial killer and also a domestic drama: What if Hannibal Lecter were Clarice’s dad?

Why does Martin kill?

Well, that’s what the show is about. He represents himself and what he’s done in a totally unreliable way. It’s always squalid reasons. It’s always furtive, secretive, shameful reasons based on trauma.

What’s it like to live with all of that in your head?

When I was doing the Green River Killer stuff, I remember getting to the last page of the first draft and I sort of fell apart for a little while after. And that was just from working on the script. In a lot of our representations of that kind of world, it seems sort of exciting and exhilarating and frightening and titillating. But the real world of it is just depressing.

So how do you make sure that you’re not carrying any of that home from the set?

I don’t think you can, really. I think that’s what you sign up for. I’ve found that if the subject matter has an innate risk to it, it doesn’t matter how you approach it. It will affect you. It works on you. On an unconscious level, it just makes things happen. So you can either go with that and accept that and embrace that or not. But if you don’t embrace it, it doesn’t mean it’s not going to affect you in some way.

That seems like a weird energy to take home to your family.

Tell me about Martin’s cardigan. It’s so nice!

Well, this is a massive spoiler, but I may have a new cardigan. I know. I was shocked. There is something that happens that means that my old cardigan may get a little spoiled. That cardigan is comfortable and soft and part of his disguise. Yeah, you just want to go up and hug him, don’t you? Which means you’d have to cross the line into his cell, which means he’s got you!

Is the new one as cozy?

I resisted it, but the new one is actually better.

During the midseason premiere, Martin learns that his son has been abducted by another serial killer. How does that affect him?

He has a terror of not having control. Which of course is the ultimate challenge for parents: How do you negotiate your child wanting to have more independence from you? So, when his son is now in the hands of someone else, in a way it doesn’t matter that it’s a serial killer; it’s scary for him. It manifests itself is as a panic attack. He may up until that point have thought that he was pretending to love Malcolm, but in that moment, it becomes clear that something else is going on.

That gets to the crux of the show, this question of can you be a bad person and a good father?

Are you a good father?

What is a good father? What does that mean? I mean, God knows I don’t know. You try your best in the circumstances. You can see that there’s a process going on where this little person is trying to find their own feet and yet needs you as well. Negotiating that is very complicated. And that’s the struggle, no matter if they’re a few months old, or in their 20s.

‘Call of the Wild’ Casts a Digital Star. Is He a Good Dog?