‘Out Stealing Horses’ Review: Old Man, Take a Look at Your Life 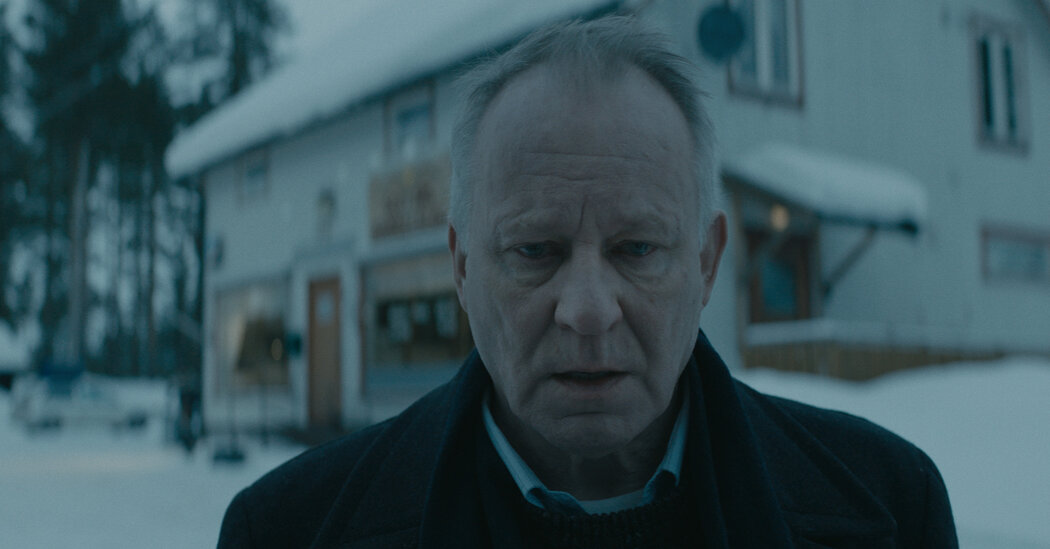 Adapted from the highly acclaimed 2003 novel by Per Petterson, “Out Stealing Horses,” written and directed by Hans Petter Moland, is an ambitious film that examines memory and consciousness through the perspective of an older man who’s determined to escape from memory and to constrict his lived experience.

Stellan Skarsgard plays Trond, a Swede who has moved to a remote section of Norway after his wife of 38 years died in an auto accident. “All my life I have longed to be alone in a place like this,” he says in voice-over, before announcing that he intends to spend the coming evening “fittingly drunk.”

Out walking on a snowy night, Trond encounters another man, albeit a slightly younger one, walking his dog. They fall into conversation. Trond recognizes the man, named Lars (Bjorn Floberg): as a small child, he was Trond’s neighbor in a rural area where, as a teen, Trond spent time with his father. And so Trond’s boat is borne back into the current of the past.

Via flashbacks, the narrative bounces about significant points of the 1940s, including the Nazi occupation of Norway. Characters experience traumas war-related and family-related.

The title refers to a literal activity young Trond (Jon Ranes) engaged in with his close friend and Lar’s older brother, Jon (Sjur Vatne Brean), while roaming farm and forest. But it also refers to general troublemaking, sometimes in opposition to Germans.

The high-toned beauty of the cinematography, by Thomas Hardmeier and Rasmus Videbaek, imposes a stateliness on this serious-minded movie that sometimes puts it at odds with the galvanic events it depicts. As is not unusual in contemporary art cinema, this quality blunts emotional impact. But the overall integrity of the effort is impressive.

Out Stealing Horses
Not rated. In Norwegian and Swedish, with subtitles. Running time: 2 hours 3 minutes. Rent or buy on Google Play and other streaming platforms and pay TV operators.

Does It Matter if a Documentary Is Staged? These Two Films Hold Answers

Don’t Get What Makes Brian De Palma an Auteur? Try These Two Films