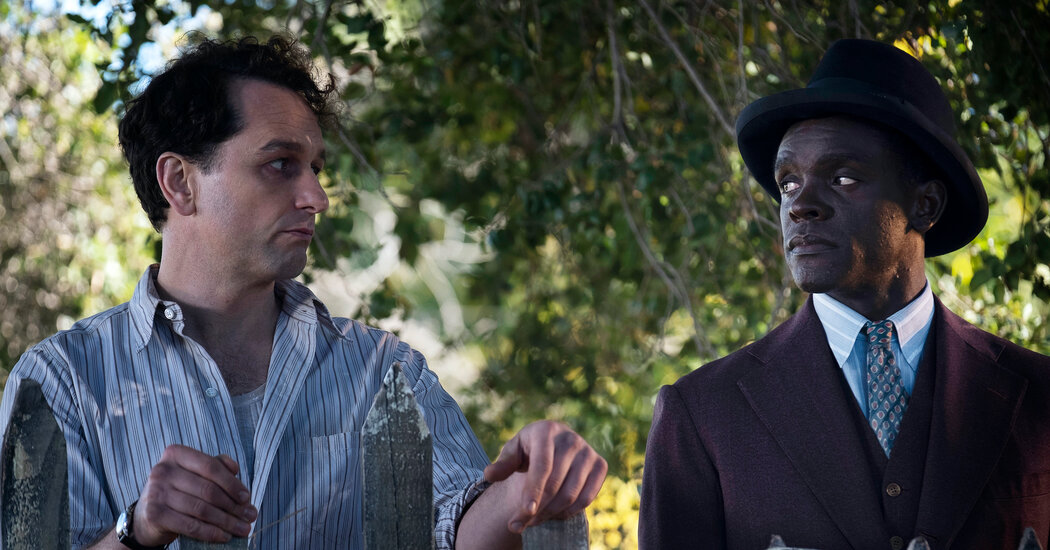 “I am fighting — for a woman’s life!” Perry Mason yells at his friend and partner Pete Strickland. “I can’t lose, Pete! I can’t [expletive] this up like … ”

He hardly needs to finish the sentence. Perry’s life up to this point has been one long series of screw-ups: a failed marriage, a dishonorable discharge, a family farm bought right out from under him by the woman he’s been dating — and now, a rupture in his relationship with his closest associate. Let Paul Drake, the well-meaning beat cop, do the investigating from now on, Pete tells Perry; Pete is getting out of the Perry Mason business.

The decision comes at a key moment for Mason. Sure, he has every right to be mad at Pete for failing to successfully tail the crooked Radiant Assembly of God elder Eric Seidel — and if he had known of Seidel’s subsequent fate, he would have been even angrier. Thanks to the investigative efforts of Pete, Perry and Paul, Mason is on the verge of a breakthrough that could clear his client, Emily Dodson, of the murder of her infant son Charlie. But with Easter Sunday looming, and Sister Alice’s promise to raise Charlie from the dead with it, the clock is ticking — and, by episode’s end, it runs out.

At least the contours of the scheme that got poor Charlie killed are now in clearer focus. Elder Seidel, desperate to keep the church afloat after disastrous financial mismanagement and real-estate boondoggles, uses George Gannon, the church’s accountant and cooker of books, and Sgt. Ennis, Seidel’s old acquaintance from his union-busting days, to pull off Charlie’s kidnapping and hold him for ransom. He knows that the baby’s paternal grandfather, the fellow church elder Herman Baggerly, is good for it.

But when the baby won’t stop crying while in his kidnappers’ clutches, Ennis enlists a lactating Chinese-American sex worker to breastfeed the boy. Tragically, the heroin in her bloodstream winds up killing the poor child. Stitching open the baby’s eyes was a trick to make him look alive for the ransom handoff.

Pretty much everything Ennis has done since has been to cover his tracks, notably murdering all of his co-conspirators. The wet nurse, having outlived her usefulness to Ennis, appears to have been given a hot shot and overdosed. Seidel is brutally stabbed to death this week in one of the show’s most vicious scenes to date. And it would have worked, too, if it weren’t for that pesky Perry Mason, who announces his intention to break Ennis on the stand. Raymond Burr would be proud of that promised maneuver; heck, he would probably be plenty chuffed to see Mason using Hicks’s testimony to reveal the church’s money woes in the first place.

One hundred thousand dollars in debt? The very same amount demanded by the kidnappers? That should be some food for the jury’s thought.

But even as the truth of the Charlie Dodson case becomes plain for perhaps the first time, “Perry Mason” finds time for other plotlines, other emotional tones. Personally, I can’t stop thinking of Sister Alice in this episode, as this week’s episode both begins and ends with scenes that center on her.

In the first, we see her as a teenager, walking through a field of flowers as her mother attends to their car, which is out of gas. When an ostensible good Samaritan reveals his true colors by wordlessly demanding sexual access to Alice in exchange for his help with getting them to the next town, Mother Birdy acquiesces. If this was the first time that Alice the human being was exploited so that Sister Alice the prophet could live on, it was certainly not the last.

Case in point: the Easter Sunday debacle at Charlie Dodson’s grave. Still hearing the voices in her head that have been with her at least as early as that opening flashback, Sister Alice does her thing over the tiny exhumed coffin; the struggle to open it that ensues is our first indication that all will not go according to plan. Sure enough, a near riot breaks out when the coffin is opened … and revealed to be empty. Perry and Della race a devastated Emily Dodson, who now wants only to join her baby in death, to safety. But Birdy and Alice take off in another direction, which Birdy quickly re-routs on an obviously preplanned detour.

There, in the middle of the street, onlookers have found a living baby, one Birdy claims is Charlie Dodson returned to life.

What follows is admirably ambiguous. Bloodied from the chaos at the grave site, Sister Alice watches her mother proclaim Alice’s success in resurrecting the baby — and runs away, by herself, blood streaming from her broken nose, silk garments catching the wind behind her. Is she smiling in the episode’s final shot? Is it a smile of triumph or, more likely, one of bitter recognition of her mother’s skulduggery in producing a fake miracle in lieu of a real one?

From the case files:

‘The Hater’ Review: Resentments and Revenge via Digital Disinformation

Joey King’s Role In The Kissing Booth 2 Came With A New Job Title, Too