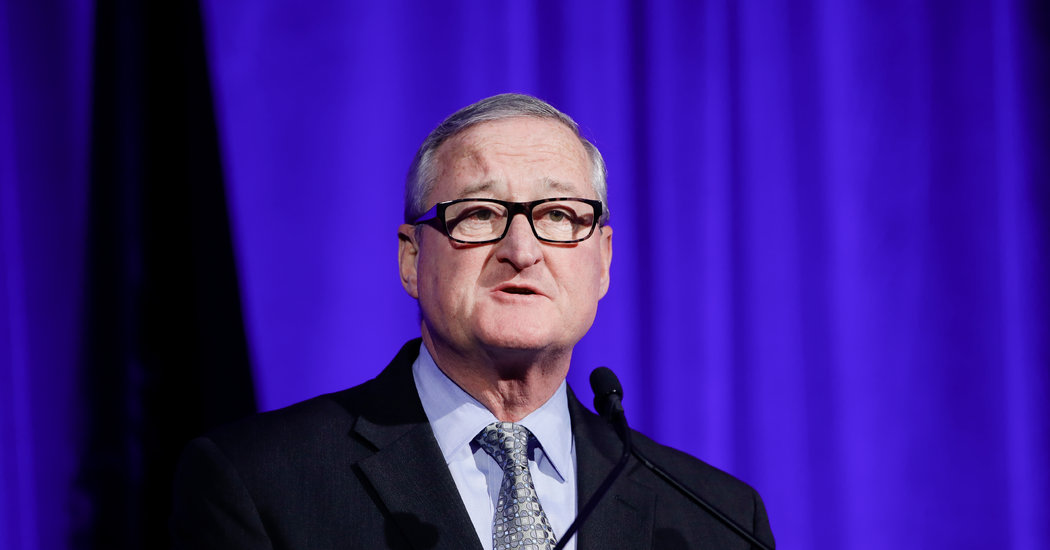 Mayor Jim Kenney of Philadelphia called for the Philadelphia Museum of Art to “strengthen” its sexual harassment policies in response to allegations of misconduct against one of the museum’s former managers.

In his comments, made to The Philadelphia Inquirer on Wednesday, Mr. Kenney — who holds an ex officio position on the museum’s board — said the institution should “review and strengthen its policies regarding anti-fraternization and sexual harassment, and require training for all staff.”

The remarks came on the heels of revelations published in The New York Times on Friday about Joshua Helmer, a former manager in the Philadelphia Museum’s education department who went on to become director of the Erie Art Museum in Pennsylvania. On Monday, Mr. Helmer was forced to resign from his position at the Erie Museum.

A spokeswoman for the mayor, Deana Gamble, added that Mr. Kenney takes such issues “very seriously,” The Inquirer reported.

The Philadelphia Museum did not immediately respond to requests for comment.

In a message to staff on Tuesday, Timothy Rub, the museum’s director and chief executive, said he plans to hold departmental meetings and to cover the matter at an upcoming all-staff meeting. Some employees are planning a group walkout from the meeting in protest of the museum’s slowness to respond.

“Nothing could be more important to me than the well-being of our staff and ensuring that we create a safe, productive work environment in which everyone feels free to express concerns and in which they are heard,” Mr. Rub said in the message. “I know that we have improvements to make, and I hope that you will join me in this significant work.”

The Times reported that multiple women had accused Mr. Helmer of making advances toward them in the workplace while he was at the Philadelphia museum and that an intern had made a similar complaint in Erie. Mr. Helmer, who had been appointed to the Erie post in 2018, denied this misconduct but declined to discuss his relationships with female employees.

In the wake of the report, Pennsylvania State Senator Pam Iovino, who is a member of the Pennsylvania Council on the Arts, said in a statement: “Workplace harassment has no place in Pennsylvania — it undermines the safety and dignity of employees and must be investigated and addressed. If an individual has created a hostile work environment, they should be held accountable.”

Art starts conversations about being a black, Muslim woman