Pushed From the Clock Tower, Buried in the Yard 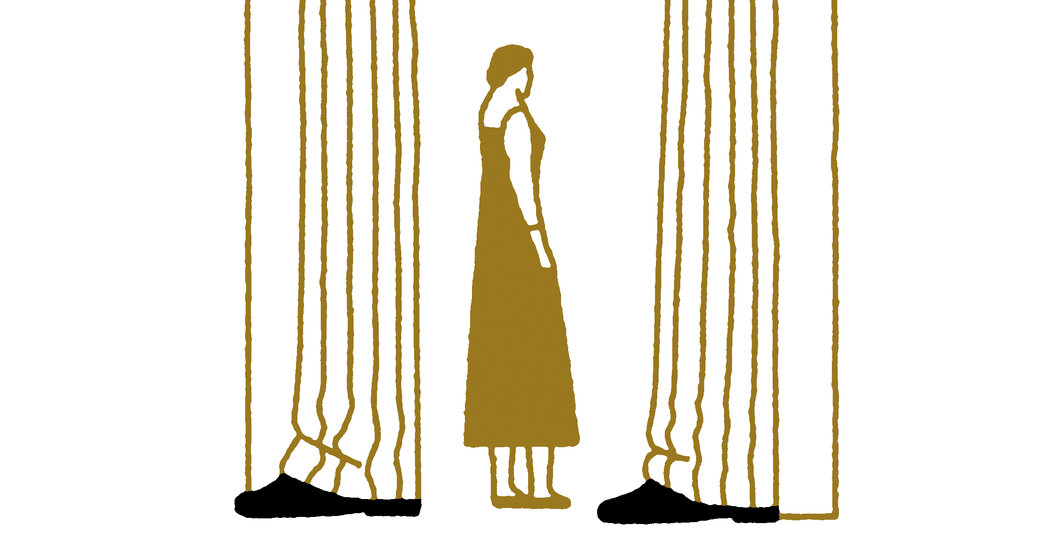 “I’m filled with a sense of foreboding,” the fraught heroine says, “a wash of nameless dread.” How’s that for chills up the old spine? And we’re barely seven pages into Julie Cameron’s debut mystery, ONLY TRUTH (Scarlet, 305 pp., $25.95). Isabel Weir, who narrates the story in a mildly worried voice, was left with “twitches and tremors,” along with facial scars and partial blindness, after an attack she suffered over 20 years ago. “They found me on a sun-gilded afternoon, cracked like a hapless egg, with the secret substance of me obscenely oozing into the light.” Despite that traumatic brain injury, Izzy, as her husband, Tom, calls her, is a painter who actually makes a living from her art. The neglected coach house that she turns into an art studio is the only comfort she takes in “the Lodge,” the rural Victorian villa that gives her the willies, but that Tom insisted they buy.

Isabel has full recall of her violent assault but no memory of her attacker. In her sweaty nightmares, “he’s a dark figure behind me, his hands grasping and clawing at my hair.” That fractured memory puts her in fresh danger when, unbeknown to her, he returns and insinuates himself into her present life, anticipating the moment when he can get his hands on her again.

For a first-timer, Cameron handles the narrative like a pro. Isabel is such a substantial character, with her painful history and complex interior life, that she dominates the story. But if the supporting players tend to disappear into the faded wallpaper, the Lodge maintains a formidable presence. “I may not read people well but I can read places,” Isabel says of her new home. “Every instinct tells me something bad has happened here.”

Like her main character, Cameron has a Gothic sensibility that complements her uncanny sense of place. Her descriptions of the Lodge, the coach house and the extensive grounds of the estate have a 19th-century vibe, suggesting skeletons in the closet and ghosts in the wings. For all her mastery of the spooky trappings of suspense, Cameron also respects another, more fundamental element of the form — plotting.

Billy Boyle has been to some awesome places in James R. Benn’s adventurous World War II series. The U.S. Army detective was even a player at the liberation of Paris, where things went badly wrong for him. THE RED HORSE (Soho Crime, 317 pp., $27.95), which speaks to the dark side of heroism, finds Billy recuperating from that traumatic ordeal (along with a slight meth habit) at the Saint Albans Pauper Lunatic Asylum, now a convalescent hospital in the English countryside for members of the military. (“If these walls could talk, they would scream.”) Billy seems to be on the mend until he witnesses someone toss a patient from the top of the clock tower. That lands him in therapy, because no one else saw a murder, only a suicide jumping to his death.

Benn always takes care to get the historical details right. Here, Billy is exposed to a newfangled procedure in the annals of psychiatry — electric convulsive therapy. But the author doesn’t neglect the classic military props; one victim is dispatched with a bayonet through the heart. As historical detective series go, this one is extremely well tended by an author who clearly dotes on his hero. As do we.

Thanks, but no thanks. That’s what Jonathan Stride should have said to a dying friend in Brian Freeman’s FUNERAL FOR A FRIEND (Blackstone, 322 pp., $27.99). “Nobody knows, buddy. Don’t worry,” Steve Garske says with his dying breath, “I took care of it. I buried him.” Stride, a lieutenant on the Duluth police force, does the right thing and digs up Garske’s backyard. Sure enough, there’s something buried there, a skeleton with a bullet hole between its empty eye sockets.

Turns out the dead guy was a reporter who was covering a sexual assault case against a local politician. As the last person to have seen him alive, Stride practically offers himself up as the chief suspect. Seems a bit of a stretch to me, but the point here is the character of Stride. Detectives from the middle of the country always seem to be better human beings than the rest of us — more decent, more ethical, more honorable. Which is not to say that Stride is soft — just nice.

Love is strange. It ennobles some people, makes fools of others, and occasionally leads to murder. In Bradford Morrow’s lovely literary mystery, THE FORGER’S DAUGHTER (Mysterious Press, 269 pp., $26), the love of books causes all of the above. Will, once a master forger, has supposedly renounced that calling. But when his nemesis, Henry Slader, shows up with a stolen copy of “Tamerlane and Other Poems” (Edgar Allan Poe’s first book, and so rare, it’s known as a Black Tulip), he can’t resist making one last perfect copy.

Unfortunately, Will’s color vision has been fading, making him dependent on his daughter, Nicole, to mix his inks. Although that makes her complicit in his crime, she is every bit her father’s daughter, and their teamwork on the elaborate artistic details that go into a literary forgery is itself a work of art.

US election 2020: The presidential campaign dance-off

Norm Crosby, Comedian Who Had a (Wrong) Way With Words, Dies at 93

Trying the Japanese for War Crimes