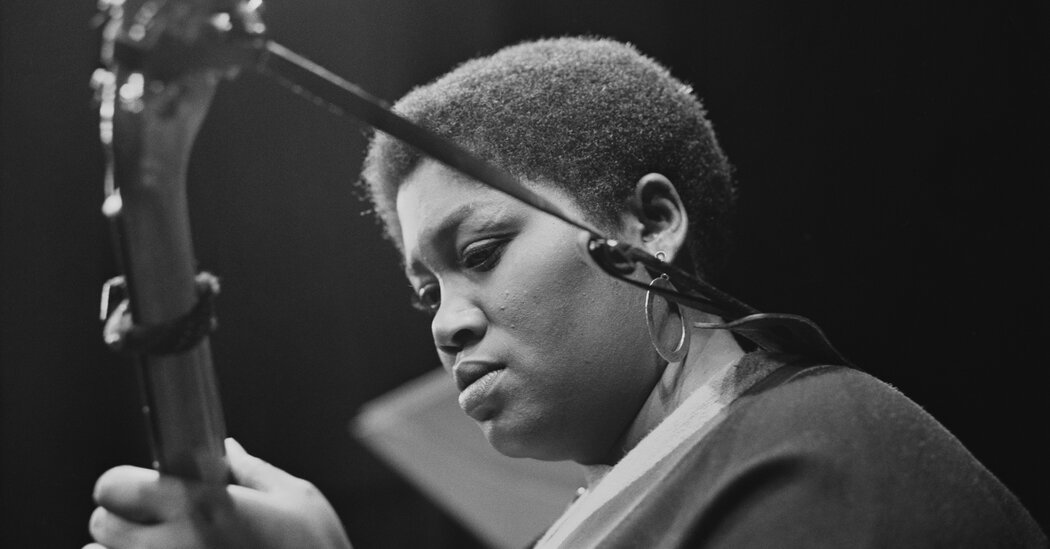 In the biography of nearly every white rock performer of a certain vintage, there’s a pivotal moment — more pivotal than signing the ill-advised first contract that leads to decades of litigation, and more pivotal than the first social disease. The moment is when the subject watched Elvis Presley’s appearance on “The Ed Sullivan Show” on Sept. 9, 1956.

For Black audiences and many future musicians, the crucial moment came three years later. On Dec. 10, 1959, CBS, in partnership with Revlon, broadcast a prime-time special called “Tonight With Belafonte,” produced and hosted by Harry Belafonte, the debonair and rawboned Jamaican-American singer.

These weren’t easy years for Black families to gather around the television. As Margo Jefferson wrote in her memoir “Negroland,” they turned on the set “waiting to be entertained and hoping not to be denigrated.”

Belafonte was given artistic control over his program. He told executives he wanted a largely unknown folk singer named Odetta to perform prominently. One executive asked, “Excuse me, Harry, but what is an Odetta?” Revlon was bemused to learn she did not wear makeup.

The hourlong show was commercial-free except for a Revlon spot at the beginning and end. At the start, Belafonte sang two songs. In what is, amazingly, the first in-depth biography of this performer, “Odetta: A Life in Music and Protest,” the music writer Ian Zack picks up the story.

“Next a lone spotlight shone on Odetta wearing a dark loose-fitting dress, and she began singing ‘Water Boy,’ or, rather, she unleashed it. Accompanying herself with her large National acoustic guitar, eyes closed, brows knitted in concentration, she brought the full tragedy and anger of chain gang life to bear.”

It was a mesmerizing performance. Odetta was drawing on spiritual patrons that included not just Bessie Smith and Ma Rainey and Lead Belly; with her classically trained voice, she put listeners in mind of the contralto Marian Anderson.

There was a second mesmerizing aspect to Odetta’s performance: her natural hair. This was years before the “Black is beautiful” movement, and unstraightened hair was a real rarity — so much so that, for a time, the cut was called “an Odetta.”

Zack’s biography, a solid work of reportage and writing, is one of two new books that assess Odetta’s life and legacy. “One Grain of Sand,” by Matthew Frye Jacobson, is an essayistic exploration of the songs on Odetta’s 1963 album of the same title.

Jacobson’s book is part of the estimable 33 ⅓ series of short books about individual albums. He teaches American Studies and African-American Studies at Yale, and his book expands the context of Odetta’s songs, setting her alongside figures like Zora Neale Hurston, W.E.B. Du Bois and many others.

It would not be correct to say that Odetta has been forgotten. In Ava DuVernay’s 2014 movie “Selma,” for example, the singer’s ill-boding cover of Bob Dylan’s “Masters of War” plays during the climactic scene, as marchers are beaten while trying to cross the Edmund Pettus Bridge. But she’s closer to being erased from mainstream cultural memory than she should be.

Odetta Holmes (1930-2008) was born in Birmingham, Ala. She never knew her biological father. She was given the surname Felious after her stepfather, a steelworker. When he developed black lung disease, the family moved to Los Angeles to find cleaner air. Out there, both parents worked as janitors.

Odetta was a large person from birth, and she was acutely aware of that fact. (Early in her career, Zack notes, “writers would wear out thesauri describing her hair and weight.”) She was the kind of girl who tended not to come to school on photo day.

She was recognized early for her voice, and took lessons with good instructors, often singing German lieder. She traveled to San Francisco in 1951 with a theater group and discovered the folk scene there. The songs she heard and later went in search of — convict songs, spirituals, slave songs — provided a political awakening.

Of this awakening, she would say: “It straightened my back and it kinked my hair.” She realized early that “society’s foot is on your throat” and “every which way you turn you can’t get from under that foot.” About singing these old songs, she said: “I could get my rocks off, being furious.”

Odetta began playing clubs in San Francisco, Los Angeles and New York, where she ultimately moved. Her early manager was Albert Grossman (she was his first client), who helped put together the first Newport Folk Festival largely as a platform for her.

She hollered and clapped her way through her songs, and hammered on the side of her guitar. She was self-deprecating about her guitar style. She once called it mere “self-defense.”

Before long, to her dismay, Grossman’s better-known white clients — Dylan; Joan Baez; Peter, Paul and Mary — vastly eclipsed her in popularity. Her albums did not spin off hit singles.

There are many excellent details in Zack’s biography. He charts Odetta’s friendship with Maya Angelou, who in the mid-1950s had what the author calls a “sexy calypso queen act.” Angelou said of the two of them: “We were both tall Black ladies, with attitudes. And most people were really scared of us. We were young and Black and female and crazy as road lizards.”

One of Odetta’s longtime band members was the bassist Bill Lee, Spike Lee’s father. Odetta was an outsize influence on Dylan. He said that the first time he heard her, “I went out and traded my electric guitar and amplifier for an acoustical guitar, a flat-top Gibson.”

He bought her 1957 album “Ballads and Blues.” “I learned almost every song off the record, right then and there, even borrowing the hammering-on style,” Dylan said. When he later visited Odetta in the studio while she was recording an album of his songs, she said, “Get your white ass out of here!” She didn’t want him in her head.

Odetta’s career was intertwined with the civil rights movement. She sang at the March on Washington in August 1963, the day the Rev. Dr. Martin Luther King Jr. delivered his “I Have a Dream” speech.

She was rarely a frontline protester. “There was no way I could say the things I was thinking, but I could sing them,” she said. But she was Rosa Parks’s favorite performer, and the two of them briefly linked arms when Odetta joined her on the final leg of the 1965 march from Selma to Montgomery.

Odetta had her critics. She could overpower some songs; at other times she could sound remote and steely. She became known as a diva, so much so that the trumpeter Clark Terry nicknamed her “Odacious.”

One sign of Odetta’s abiding stature came the week after Sept. 11. David Letterman’s “Late Show” went back on the air, and he sought the right tone in the wake of tragedy. Was it OK to be funny?

His second musical guest that week was Odetta, who sang a medley of “We Shall Overcome” and “This Little Light of Mine” followed, during a commercial break, by a goosebump-inducing version of “Amazing Grace.”

Odetta did not live long enough to perform at Barack Obama’s inaugural, as she had hoped. She died on Dec. 2, 2008, having hung on to see him elected.

Black Chefs Are Landing More Cookbook Deals. Is That Enough?