by admin
in Arts, Television, Theater
0 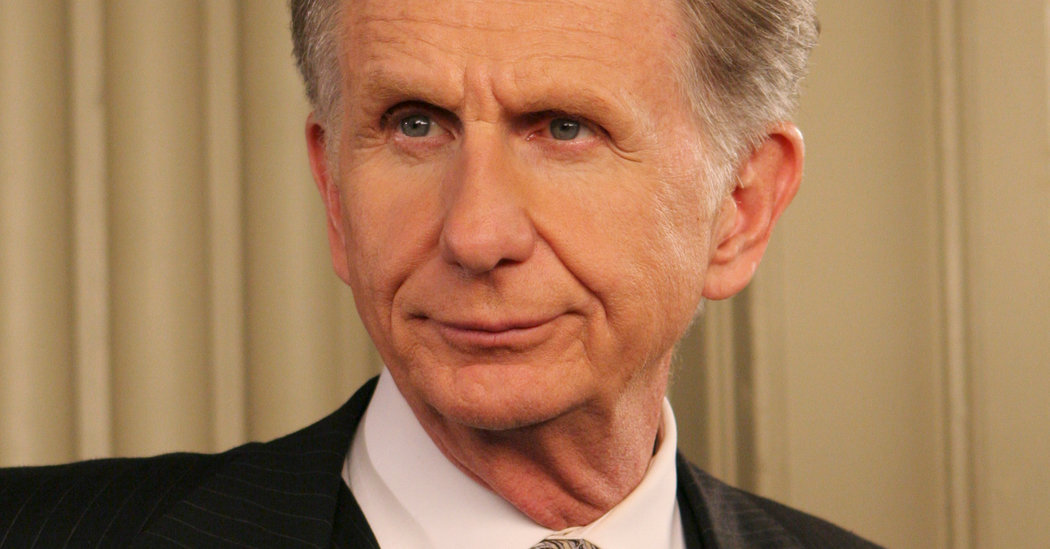 René Auberjonois, a sought-after character actor whose hundreds of roles included a governor’s officious assistant in “Benson,” an alien security officer on “Star Trek: Deep Space Nine,” a managing partner in “Boston Legal” and a con man who gets Huck Finn into hot water in the Broadway musical “Big River,” died on Sunday at his home in Los Angeles. He was 79.

His son, the actor Rèmy-Luc Auberjonois, said the cause was metastatic lung cancer.

Mr. Auberjonois moved easily among television, film and the stage, and between comedy and drama, often playing scene-stealing characters who injected comic relief or snark or a plot wrinkle into the proceedings.

In “M*A*S*H” (1970), the first of several Robert Altman films in which Mr. Auberjonois appeared, he was Father Mulcahy, the chaplain for an offbeat medical unit during the Korean War. That same year in the Broadway musical “Coco,” which starred Katharine Hepburn as Coco Chanel, he played a flamboyantly gay fashion designer, winning a Tony Award.

In the 1980s in “Benson,” an ABC sitcom in which Robert Guillaume, as the title character, rose from butler to lieutenant governor over seven seasons, he was Clayton Endicott III, a chief of staff who was as self-important as his name but also painfully insecure. In 1989 young moviegoers came to know him, or his voice, from “The Little Mermaid,” in which he was the chef who sings “Les Poissons,” a gleefully gruesome song about preparing fish for cooking.

In one of his most recent roles, he played an international security official in several episodes of the CBS drama “Madam Secretary” whose job was often to convey bad news.

Major roles on long-running television shows in three decades — “Benson” in the 1980s, “Deep Space Nine” in the 1990s and “Boston Legal” in the 2000s — made him the kind of star whose face was familiar to millions, even if they might not immediately be able to put a name to it. Across almost 60 years as a professional actor, he was rarely not in demand.

“Some friends of mine will say, ‘Oh, they don’t use you enough!’” he told TV Guide in 2006, speaking about his “Boston Legal” role, one he thought of as a late-career surprise, “and I look at them like, ‘What, are you wishing me to work hard? I’m 65 years old! I thought I was going to retire when this thing came out of nowhere.’”

He amassed more than 40 additional acting and voice-over credits after that.

René Marie Murat Auberjonois was born on June 1, 1940, in Manhattan to Fernand and Laura (Murat) Auberjonois. His father was a journalist who often worked as a foreign correspondent, and when he was a young boy the family lived in Paris. He sometimes told the story of discovering his calling at age 6, when he conducted his class in the singing of “Do You Know the Muffin Man?”

“When the performance was over,” a biography on his website says, “René took a bow, and, knowing that he was not the real conductor, imagined that he had been acting. He decided then and there that he wanted to be an actor.”

Returning to the United States, the family settled in an artists’ colony in upstate New York; John Houseman, who would become a mentor to Mr. Auberjonois, lived nearby.

When he was 16, Mr. Houseman got him a job as an apprentice at the theater in Stratford, Conn. He graduated from the Carnegie Institute of Technology (now Carnegie Mellon University) in 1962 with a bachelor’s degree in fine arts.

He began his professional career as a theater actor, performing with the American Conservatory Theater in Pittsburgh and San Francisco, among others. He made his Broadway debut in 1968 playing the fool in a production of “King Lear,” with Lee J. Cobb as Lear.

He did not consider himself a singer, yet some of his most prominent stage roles were in musicals, among them “Coco” and the 1985 Broadway production of “Big River,” the Huck Finn story, in which he played the Duke, earning a Tony nomination.

“He managed to put what he felt were his limited musical talents to work by mastering a kind of patter style,” his son said by email, “‘talk-singing’ (his term) his way into the hearts of so many theatergoers.”

He appeared in episodes of seemingly every television show of the 1970s: “Starsky & Hutch,” “The Rockford Files,” “The Bob Newhart Show,” “Charlie’s Angels” and many more. “Benson,” which he joined in 1980 in its second season, made him a regular in American living rooms.

Mr. Auberjonois was thrust into a whole different level of fame when he took on the role of Odo, a stern shape-shifter and the security chief of the Federation space station Deep Space Nine, on the 1990s “Star Trek” spinoff, which ran for 173 episodes (several of which he directed). The franchise, of course, has an army of ardent fans, and Mr. Auberjonois turned up at various fan fests, enjoying the adulation — but as himself, not as an alien.

“When I go to conventions, I don’t talk in my Odo voice, I don’t have makeup on,” he told The Birmingham News of Alabama in 1996. “I’m just a guy with a receding hairline.”

In addition to his son, Mr. Auberjonois is survived by his wife, Judith (Mihalyi) Auberjonois, whom he married in 1963; a daughter, the actress Tessa Auberjonois; two sisters, Marie-Laure Degener and Anne Auberjonois; and three grandchildren.

Mr. Auberjonois was an amateur artist, enjoying drawing, painting, photography and sculpture. At “Star Trek” conventions he would sometimes sell personalized cartoons to fans, the proceeds going to Doctors Without Borders, a favorite charity.

Another recipient of some of his artwork was William Shatner, his co-star on “Boston Legal,” who became a close friend. The two men shared a “Star Trek” connection, Mr. Shatner having played Captain James T. Kirk in the original television series.

“He loved my artwork,” Mr. Auberjonois said of Mr. Shatner, addressing an audience at a 2017 fan event in Denver. “He always reminded me — he’d say, ‘You know, in the bathroom of my office, there’s a whole wall of your drawings.’” The look Mr. Auberjonois threw in brought the house down.

Jacqueline Jossa wins I'm A Celebrity... Get Me Out of Here!

Caroll Spinney, Sesame Street's Big Bird and Oscar the Grouch, Has Died. Here Are Some of His Best Performances. - Slate

When Bantering With the Crowd Is the Whole Point

Caroll Spinney, Sesame Street's Big Bird and Oscar the Grouch, Has Died. Here Are Some of His Best Performances. - Slate