Review: Female Chemistry in ‘The Half-Life of Marie Curie’ 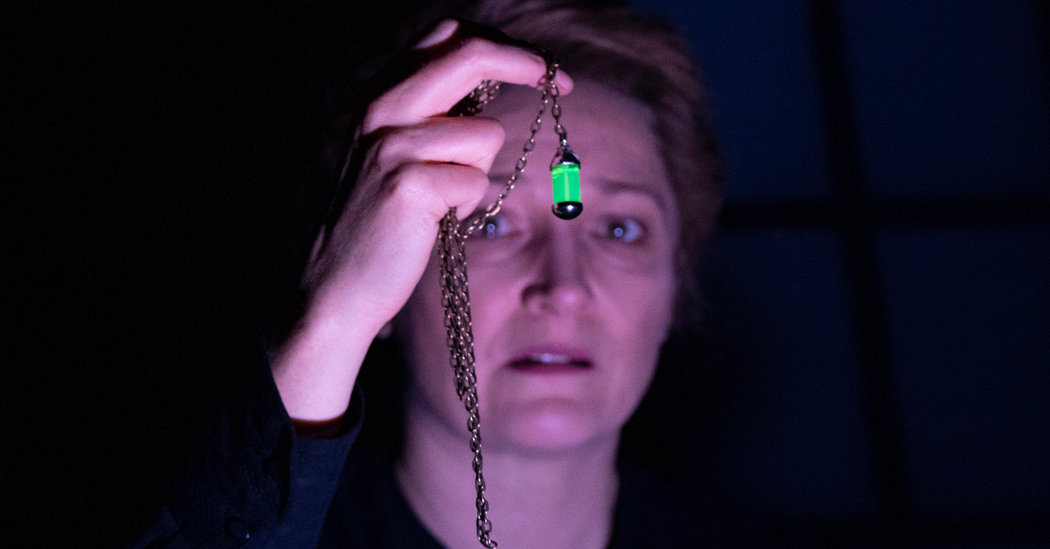 In 1911, Marie Curie won the Nobel Prize in Chemistry. That alone is a considerable achievement, especially for a woman, but Curie was actually doubling down: Seven years earlier, she, her husband, Pierre, and their colleague Henri Becquerel, had been honored by the Nobel committee for their discoveries in physics.

Yet in her adoptive France, the Polish-born Curie was not deemed a success or a role model, but a Jezebel — and a foreign one at that — whose affair with a married man became public the year of her second Nobel. Pierre had died a few years earlier, so if Marie could be accused of anything, it was to have fallen for the old “I swear we’re going to divorce soon” line.

And this is where Lauren Gunderson’s new play, “The Half-Life of Marie Curie,” finds the scientist. Hounded by prurient tabloids, Marie (Francesca Faridany) escapes Paris for the seaside abode of her British friend Hertha Ayrton (Kate Mulgrew), an electromechanical engineer.

Besides being widows and mothers, the women share a calling for scientific inquiry at a time when it was considered a male preserve. “We love our lovers and we adore our children, but our life’s passion is proof,” Marie says. “Knowing what’s true and proving it. Peering for just a moment into the heart of the universe and snatching some truth before the curtain closes.”

Hertha shares Marie’s cosmic calling but also knows that it extends outside the lab — she is fiercely committed to the suffragist cause, for instance.

Unbeknownst to many New Yorkers, Gunderson has been the most produced contemporary playwright in the United States for two of the past three seasons, and she knows how to build actors’ showcases that are sturdy, if not necessarily challenging for the audience. So this production — commissioned by the audiobook company Audible and directed by Gaye Taylor Upchurch — is at its best when it lets the two stars strut their stuff.

Faridany (who portrayed the teacher in “The Curious Incident of the Dog in the Night-Time”) pulls off a hybrid Polish-French accent that is miraculously unobtrusive, and she looks convincingly haunted as Marie fingers her radium pendant, glowing green with menace as the ominous rattle of a Geiger counter echoes in the background. (Curie often carried the lethal element and, unsurprisingly, died of radiation-induced anemia.)

And the tart, no-nonsense Hertha is a perfect fit for Mulgrew, a naturally commanding performer who is equally at ease playing the beloved, honorable Captain Janeway on “Star Trek: Voyager” and the beloved criminal Red on “Orange Is the New Black.”

Watching their Marie and Hertha bond, bicker, reconcile, share ideas and ideals — and whiskey — is always compelling, even as the show cruises along on predictable tracks or gets heavy-handedly demonstrative and repetitive. While pleasant and informative, the play does not scratch much deeper than boilerplate messaging about strength in sisterhood and how hard it was (and still is) for women in science.

Perhaps this is a case of familiarity breeding formula, since Gunderson has already dramatized the hardships and triumphs of early female scientists in such plays as “Ada and the Engine” (about the mathematics genius Ada Lovelace), “Emilie: La Marquise du Châtelet Defends Her Life Tonight” (about the Enlightenment scientist and philosopher) and “Silent Sky” (about the Harvard astronomer Henrietta Leavitt).

The play strives for an almost metaphysical note by the end as it loops back to its start, when Marie explained to the nonscientists in the audience what half-life means: “the moment an element transforms so fully that it is more other than self.” Unfortunately, the show does not undergo such a metamorphosis, and remains stubbornly tethered to a well-intentioned earnestness.

Who is 'Baby Yoda' in The Mandalorian? Our wildest theories so far - CNET

Aidy Bryant’s Week: Music and More Music, With a Side of Garbage