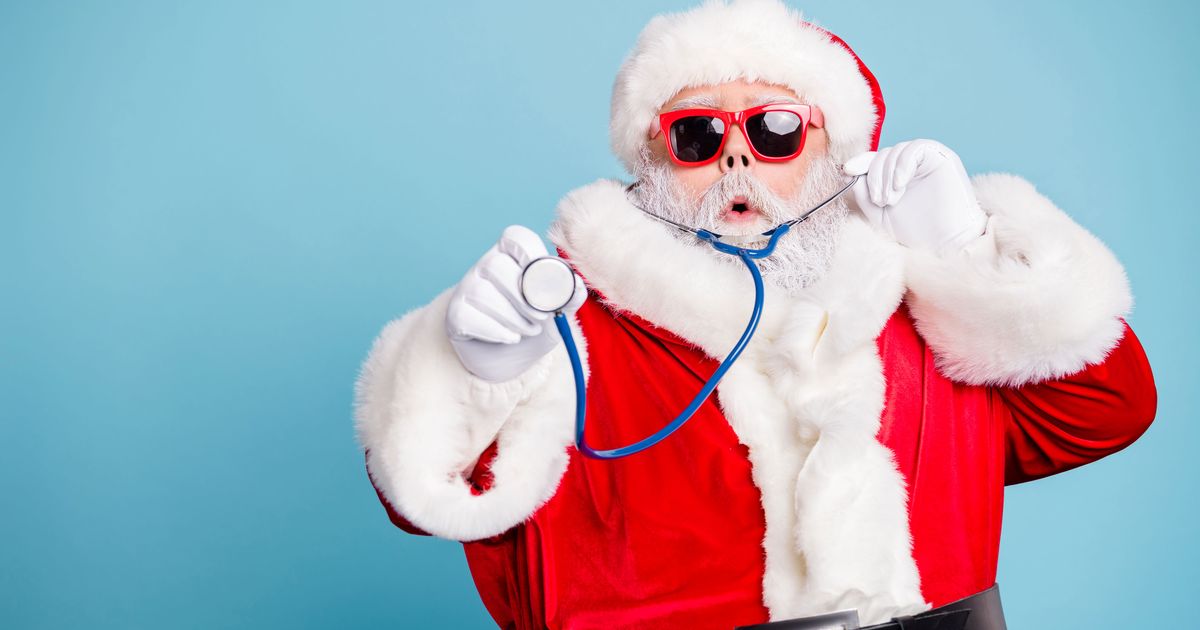 Today on “Only in Trump’s America” we have a real doozy to share with you.

The Department of Health and Human Services has pulled the plug on a planned $250 million public service ad campaign tied to the coronavirus pandemic. Part of the plan would’ve involved giving mall Santa Claus performers – as well as elves and Mrs. Claus’s – early access to an eventual COVID-19 vaccine in exchange for promoting the benefits of vaccination.

The plan, which was detailed in a Sunday report from the Wall Street Journal, was reportedly conceived by HHS assistant secretary Michael Caputo. If that name sounds familiar, it’s probably because Caputo was the Trump crony who recently took a leave from his position after making outlandish, untrue claims on Facebook about left wing “hit squads” and a looming civil war in the event of a Trump loss in 2020.

The HHS department confirmed on Friday that the plan has been canceled. It would’ve involved an ad blitz encompassing television, radio, online, and podcasts. The intent of the campaign, according to documents reviewed by the WSJ, was to “defeat despair, inspire hope and achieve national recovery.”

This is apparently the same ad campaign that would’ve included the likes of Dennis Quaid, who made headlines in September when reports emerged that the actor was involved in a Trump-adjacent ad blitz.

Word of the mall Santa component comes via recordings of a 12-minute phone call the administration had with Ric Erwin, chairman of the Fraternal Order of Real Bearded Santas, in August. Erwin recorded the call himself and is named as WSJ‘s source.

Before you ask, there’s audio from the call in the WSJ report.

As word of the unusual, now-cancelled plan spread on Sunday morning, Twitter obviously had thoughts. After four-plus years of Trump antics dominating social feeds, the surreality of an administration plan to put mall Santas at the front of a vaccine line that really ought to be populated by healthcare rank-and-file and other essential workers, was still somehow a(nother) bridge too far.

And that’s not even mentioning the danger that turning mall Santas into vaccine spokespeople implicitly encourages exactly the types of public gatherings that contribute to the virus spread.

I thought “Santa Claus performers” had to be a euphemism describing some kind of medical worker. But the plan was to give early vaccinations to mall Santas. https://t.co/bxLkXOtmR4

The simplest explanation for the Trump administration’s pandemic response failures is probably the correct one: they are idiots. Their vaccination plan literally involved mall Santas and elves. This is reporting from the Wall Street Journal: https://t.co/InWtMmvnc9 pic.twitter.com/FqO2vuZzwH

BOY: I want a PlayStation.
SANTA: Ho ho ho! What you really want is Regeneron, also known as REGN-COV2, an antibody cocktail that reduces viral levels and improves symptoms in non-hospitalized patients. Tell your parents I mentioned it please so Santa gets paid. Ho ho ho!

The Trump administration was going to use a potential Covid transmission vector to spread news about the Covid vaccine, along with actual Covid

Santa performers were going to be bribed with early access to possibly unsafe vaccines https://t.co/e6ZUzrbqWn

We probably won’t get a bisexual pride flag emoji anytime soon. Here’s why.

Why Brad Pitt’s Trip With Nicole Poturalski Is Making Headlines

‘Yakuza: Like A Dragon’s hero is a giant himbo who needs to be saved from himself

Doctor Dolittle’s Talking Animals Still Have Much to Say

The Horror of Isolation