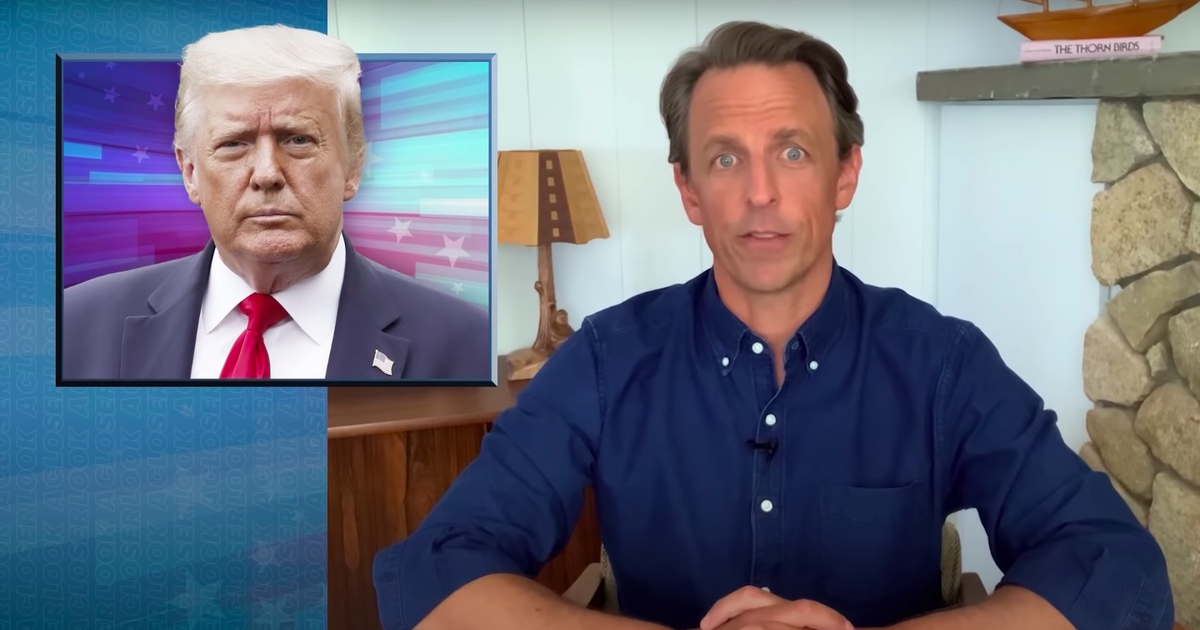 The U.S. now accounts for almost a quarter of all coronavirus deaths around the world, with the country’s testing capabilities still woefully ill-equipped to handle the pandemic. Now Vanity Fair has reported the White House actually developed a coordinated national testing plan — but shelved it it believing the coronavirus would subside, and that it was primarily impacting blue states anyway.

“So they had a national testing plan, then scrapped it so they could blame the whole thing on Democratic governors,” said Late Night host Seth Meyers.

“Not only is that evil and stupid, this is an infectious disease. This virus has travelled all over the world, did they not realise it could travel to red states too? ‘It’s a perfect plan! As long as no-one from New York ever goes to Florida.'”

Thousands of Americans are literally dying, but in the meantime, President Donald Trump has focused his attention on banning popular video-sharing app TikTok. Which is definitely because he’s concerned it shares user data with the Chinese government, and not at all influenced by being heavily trolled by teens on the app. Never mind that Facebook and Twitter share user data with governments as well.

“‘And also, we’re looking very strongly at Candy Crush,'” said Meyers in his drawling Trump impersonation. “‘We don’t want criminals like the Jelly Queen and Cupcake Carl coming into our country. Joe Biden doesn’t have what it takes to stop the Bubblegum Troll. They’re not sending their best.‘”

Black Stuntwomen Are Ready To Fight — Will Hollywood Let Them?

Where the Sick Get Sicker and the Sane Are Driven Mad: Behind Bars