Cleveland on ‘Family Guy’ to Be Voiced by Arif Zahir 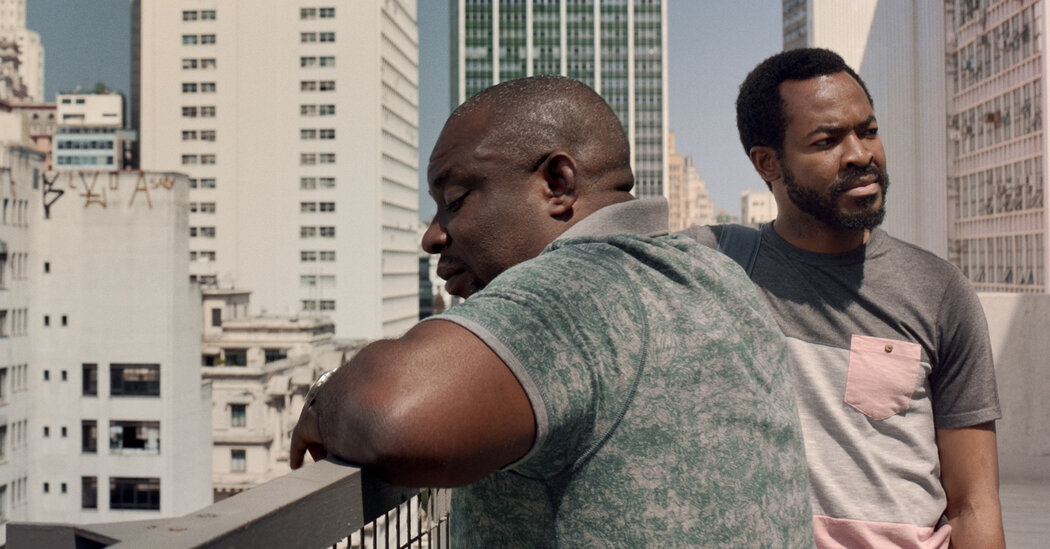 A man comes to São Paulo to find his brother. What he discovers, however, is a city more alluring than he could have imagined. “Shine Your Eyes,” from the Brazilian filmmaker Matias Mariani, finds a distinctive way to tell a familiar narrative — of immigrants in megacities, of how dreams can pummel you and of the complexity of fraternal bonds.

Streaming on Netflix, the film follows Amadi (OC Ukeje), a Lagosian musician, as he traverses through Brazil’s most populous city looking for his missing brother, Ikenna (Chukwudi Iwuji). Amadi’s journey, which is fueled by familial duty, quickly morphs into a propulsive detective story. Amadi soon realizes that the life his brother purported to live — from his position as a university professor to his purchasing of a house — is a lie. Before disappearing, Ikenna became obsessed with cracking the secret code to the universe, which he thinks is a hologram. The search for Ikenna brings Amadi to different parts of São Paulo and he quickly becomes enamored with the sounds and sights of the city (which Mariani, and the cinematographer Leonardo Bittencourt, masterfully capture).

With a compelling visual language, “Shine Your Eyes” sees São Paulo through Amadi’s gaze — meditating on the city’s architectural feats and intimate community moments — and takes care in examining the relationship between the two brothers and their Igbo culture. But at times, the script travels well-worn terrain and leaves too many questions unanswered, which for a film with such considered visuals can feel more imprecise than deliberate.

Cleveland on ‘Family Guy’ to Be Voiced by Arif Zahir

A Painting Depicting the Precarity of a Single Figure, and of Us All

Sam McBratney Dies at 77; Wrote ‘Guess How Much I Love You’

‘Gordon Lightfoot: If You Could Read My Mind’ Review: A Troubadour Looks Back

Selling Sunset: Is that really how homes are sold in LA?